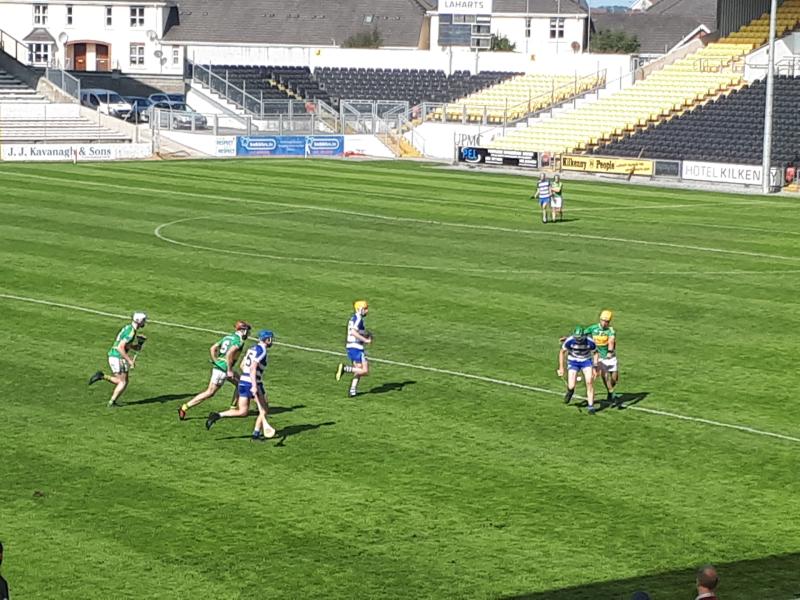 Lisdowney have  made it to the Michael Lyng Motors Intermediate Hurling Final. Beating Glenmore by a single point, they showed tremendous craft and resilience to carve out this victory against a team that was fancied  at the start of the year to go all the way.

The only goal of the game proved to be crucial, Aidan Tallis first time effort in the 43rd minute after a strong run through   the centre  of the Glenmore defence from Conor O'Carroll restored their confidence as Glenmore were looking like taking control of the game, with Ger Aylward in particular a constant threat.

But it was Lisdowney who did most of the hurling, and over the hour it is incredible to look back and consider that only one goal was scored at UPMC Nowlan Park. And in those circumstances it will be Glenmore who feel the more unfortunate as both Aylward and Eoin Murphy, who flicked the ball towards an empty net in the closing stages of the game but it went out for a 65, will feel they let their chances slip.

Glenmore did the early running, were 0-8 to 0-4 up after the first water break but with Niall Brennan playing very well in midfield, Lisdowney were back  in the game at the break, 0-11 to 0-10 behind.

On the resumption, they hit four unanswered points - the final score a stunning Cathal Jordan sideline cut to go 0-14 to 0-11 ahead. Ger Aylward responded with three points, and that helped put Glenmore in front, 0-15 to 0-14 but Tallis' goal set up a dramatic finish, as Lisdowney held out to qualify for the intermediate final next Saturday in UPMC Nowlan Park.