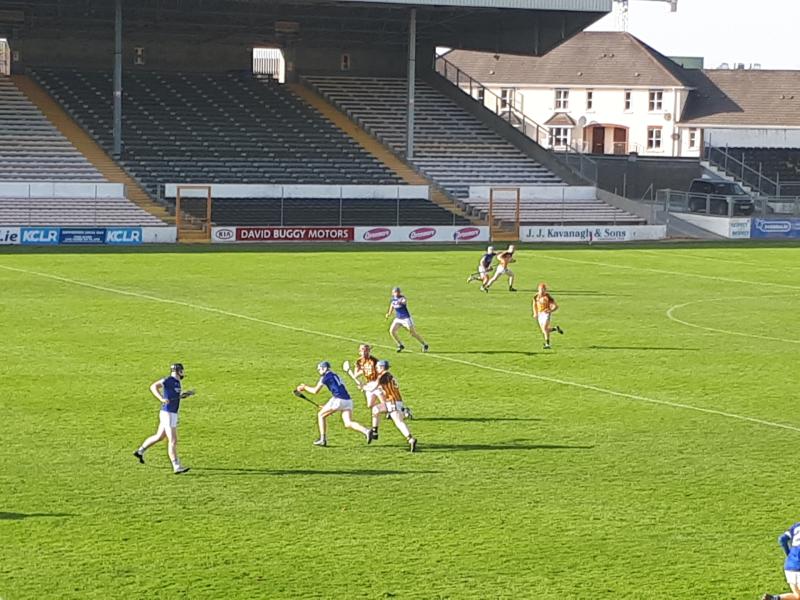 Thomastown make up the final pairing with Lisdowney as they had to hold on to a dangerous lead throughout six minutes of injury time against a defiant St Lachtain's  of Freshford at UPMC Nowlan Park this evening.

While Thomastown were out front for most of this game, they found it very difficult to shake off a dogged Freshford outfit yet they were deserving of their return to the final stage as they hope to make amends after last year's defeat and return to senior ranks.

Goals from Stephen Donnelly and Jonjo Farrell in either half kept them in front, but Freshford, with Liam Hickey in fine form, kept the game in doubt.

Every time Thomastown looked to be pulling away - thanks  to the efforts from Stephen Donnelly and Robbie Donnelly in particular, the Saints kept reeling them back.

With three minutes to go their was just a point between the sides, but Robbie Donnelly struck twice, once from a free to put his side a goal up a minute in to injury time. A further five minutes followed, with a Liam Hickey '65' the  final score of the game. Thomastown faced down the threat of a killer goal, and were relieved at the final whistle.