Thomastown return to final stage as Saints push them hard 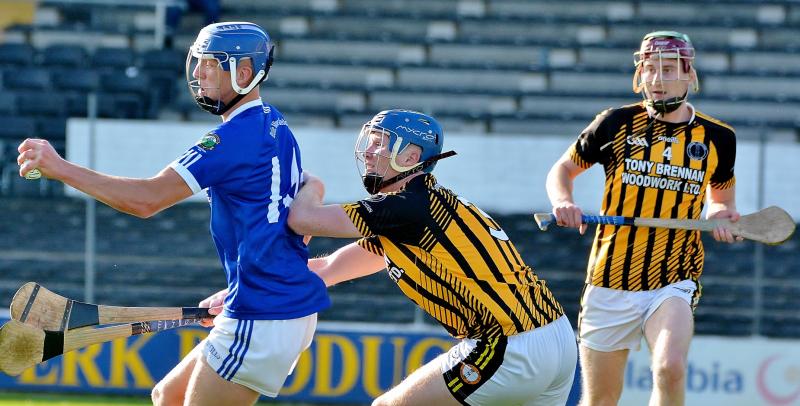 Thomastown are back centre stage and this time they have that defiant look of a team that’s been around the block a few times - and won’t let this chance pass.
Experience proved crucial as St Lachtain’s really worked hard to set up a derby date with neighbours Lisdowney but overall it was Thomastown who deserved another crack at a return to the senior ranks.
Conventional wisdom this season had it that Thomastown had the ‘look’ of a senior club, and as such will be warm favourites this Saturday. They showed further evidence of same on Sunday as they were really put to the pin of their collar by St Lachtain’s. 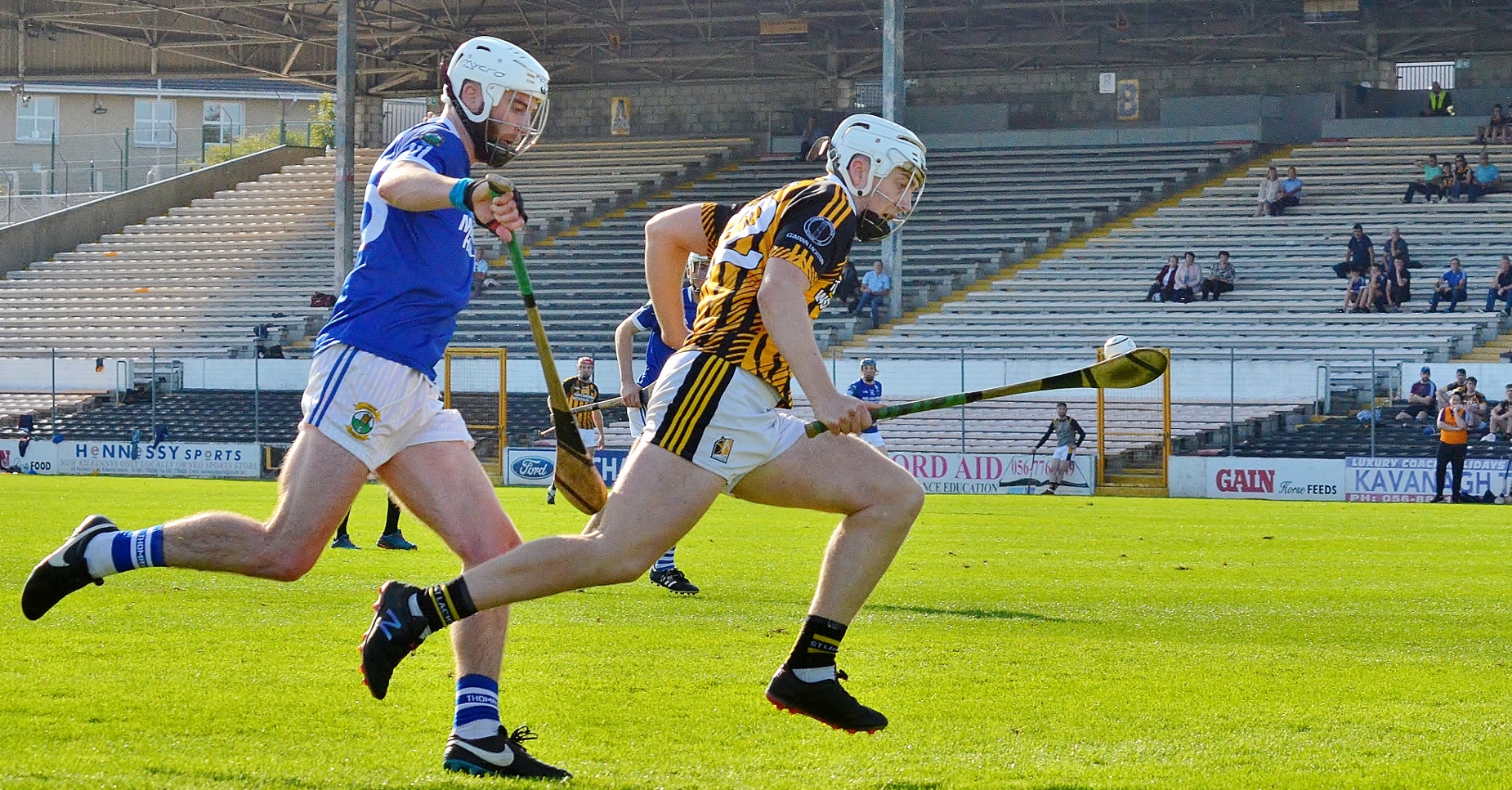 In the first half, they looked to be in control and heading for a deserved, six point lead at the break with thanks to a Stephen Donnelly goal but no sooner had that goal been registered, than Liam Hickey kicked to the Thomastown net and the game was back in the melting pot at the break.
Similar scenario but in reverse in the second half. Lachtain’s levelled through Hickey’s second goal two minutes in to the half and a shock looked on but Thomastown showed great composure, with Donnelly this time the provider for Jonjo Farrell to finish from close range, keeping Thomastown three points up.
It was a tense closure to this game which had seven minutes of injury time. Thomastown’s nerves were tested, and they held firm to reach another final.
Their defence is solid and Thomastown use their half backs to deliver quality ball - players like Brian Murphy have really stood out this season in that regard. Daithi Barron was very lively at midfield and up front, John Donnelly worked hard to get on the ball and create in almost every one of the six forward positions. Apart from his two points, he won four frees that were converted.
And on that score they have a very accurate Robbie Donnelly from frees. Of course he is also a scoring threat from play, but a reliable free taker like Donnelly was crucial last Sunday. Stephen Donnelly at full forward was also a major scoring threat, a good eye for goal.
Early
Daithi Barron and a Robbie Donnelly free had the early scores on the board for Thomastown and after five minutes they were looking good, 0-4 to 0-1 in front.
But Freshford were causing them problems, most notably in the puck outs. When Noel McGree latched on to a break and let fly with a shot which was saved but not cleared, alarm bells rang.
That particular route from St Lachtain’s paid dividends, with pressure forcing frees as Liam Hickey converted, or nice points just like Darragh Maher in the 22nd minute.
With three minutes to the break, the score was 0-9 to 0-7, Thomastown just struggling to get a run until they got the game’s first goal - Dylan Caulfield slipping a pass to John Donnelly on the run, he drew the cover and found Stephen Donnelly who finished from close range. Now 1-10 to 0-7, overall it was a reflection of the general play but not of the effort of St Lachtain’s and that man Hickey, first with a free, and then winning a long clearance before kicking past Diarmuid Galway kept the Saints in contention, 1-11 to 1-9 after a half where 2-4 was scored in the final five minutes. 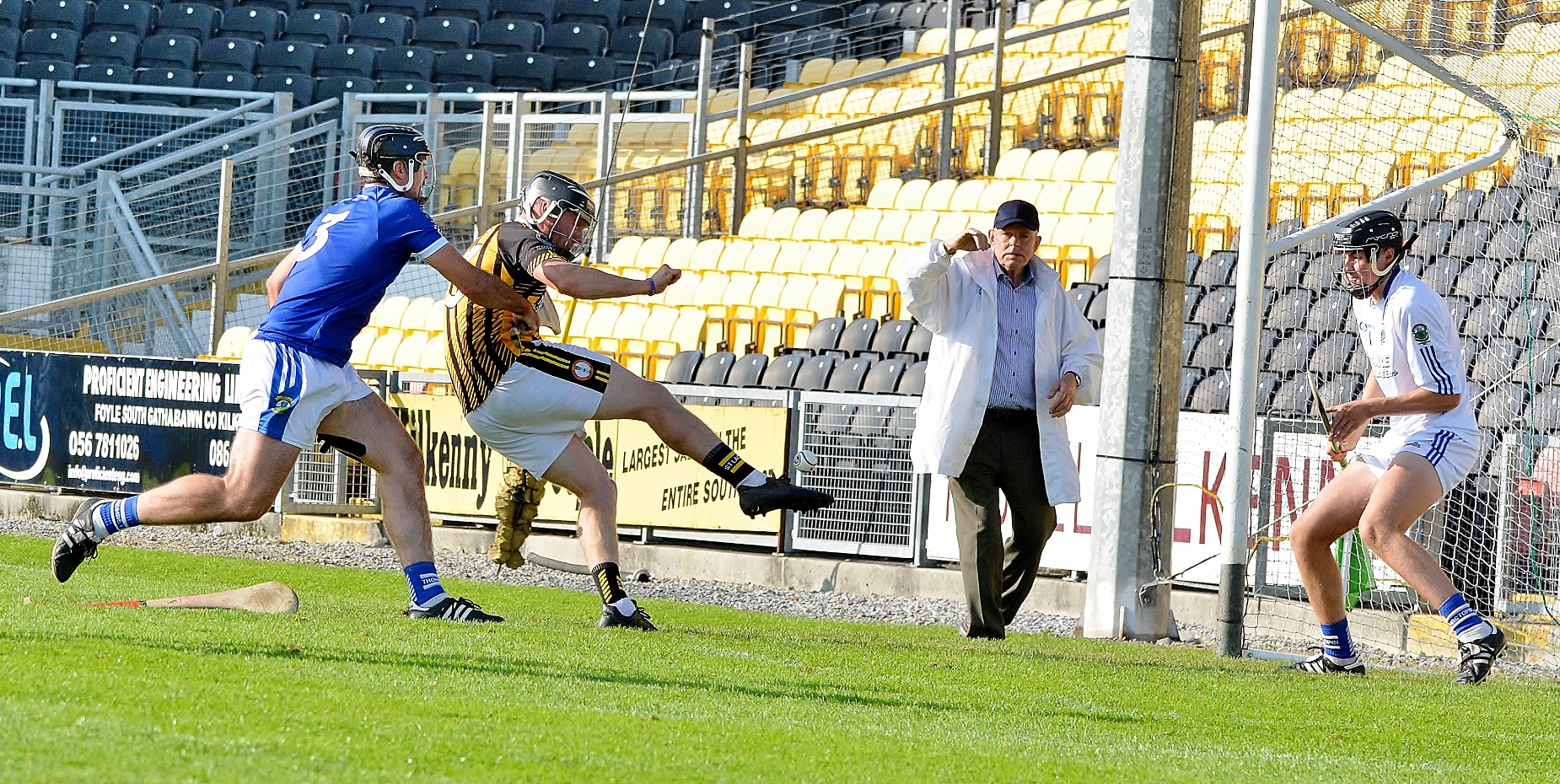 Liam Hickey scores his first of two goals
On the resumption, Eddie Donnelly was deployed as a sweeper for Thomastown.
Just as the first Daithi Barron had the first point of the half hour, but Freshford were on level terms in an instance, Hickey with his second goal and a nice finish, 2-9 to 1-12. Thomastown needed to respond quickly and they did - this time Stephen Donnelly turned provider for Jonjo Farrell to find the net three minutes after Hickey.
It was nip and tuck thereafter, and by the water break it looked like Thomastown, at 2-15 to 2-12 up, may not have done enough. Freshford were poised to ambush, even trying an audacious quick free which went wrong but had it worked...
They had the gap down to a single point by the 48th minute, a fine score from wing back Brendan Quinn.
Donnelly and Hickey swapped frees as James Maher hit a fine score to put the minimum between the sides again, 2-16 to 2-15, Thomastown in front, five minutes of normal time remaining.
Stephen Donnelly and Hickey swapped points before Robbie Donnelly hit a free to give Thomastown the dangerous, two point lead, 2-18 to 2-16.
Freshford were all out for the goal, and for seven minutes they pressed. Donnelly hit his tenth point of the game, to put a goal between the sides, as Hickey pointed a 65 in the 65th minute to keep the heart rate up. Final whistle blew, Thomastown play Lisdowney, they probably expected Glenmore and have six days now to set their sights on Lisdowney.

St Lachtain’s really played their part in a great contest. The defiant character they showed was a credit to them and with Brendan Quinn, Criomhthann Bergin, James Maher, Noel McGree and Darragh Maher leading the charge, and Liam Hickey the main man, St Lachtain’s were damn close to having their day in the sun.
Thomastown certainly has the look of a senior team, they execute their game plan very well, plenty of strong runners and don’t get rattled. Physically they are imposing, and will be hoping to make that count next Saturday.
It is sure to be an intriguing contest, Thomastown have to handle the favourites tag but if they remain as composed as they did at the close of this game, they are more than half way there.
SCORERS: Thomastown: Robbie Donnelly (0-10, 0-8 frees), Stephen Donnelly (1-3), Jonjo Farrell (1-1), Daithi Barron, John Donnelly (0-2 each), Dylan Caulfield (0-1)
St Lachtain’s Freshford Liam Hickey (2-10, 0-8 frees, 0-1 ‘65’), James Maher (0-3), Darragh Maher, Noel McGree, John Fitzpatrick, Brendan Quinn (0-1 each)