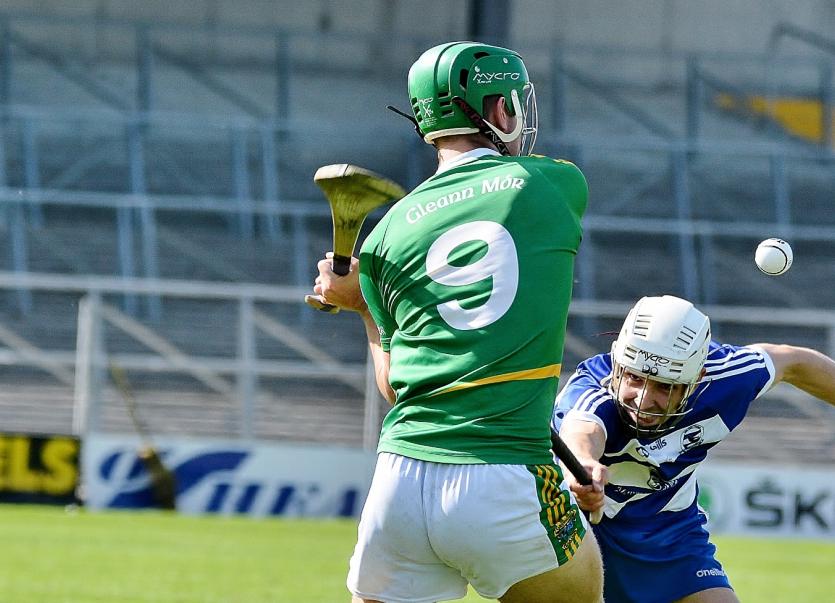 A defiant Lisdowney came up with all the answers to Glenmore’s bid to deny them their place in the Intermediate Hurling championship decider - their first since they lost to O’Loughlin Gaels in 1978 - as they advance to the decider by the smallest of margins.
That one point winning margin was courtesy of an Aidan Tallis injury time free, after a Glenmore player had fouled the ball coming out in possession. A harsh way to decide the outcome of any game, but in particular this one where the hurling was of a high standard. The only critical comment you could hit either side with was that they did not take all their goal chances.
It was something of a miracle that there was only one goal in this game - thanks to that man Tallis. It proved to be an important score for Lisdowney who had started the second half well, but were struggling to contain Ger Aylward. Playing at full-forward he finished with a magnificent seven points from play, but would wake up Monday morning thinking more of a couple of shots for goal that did not come off. 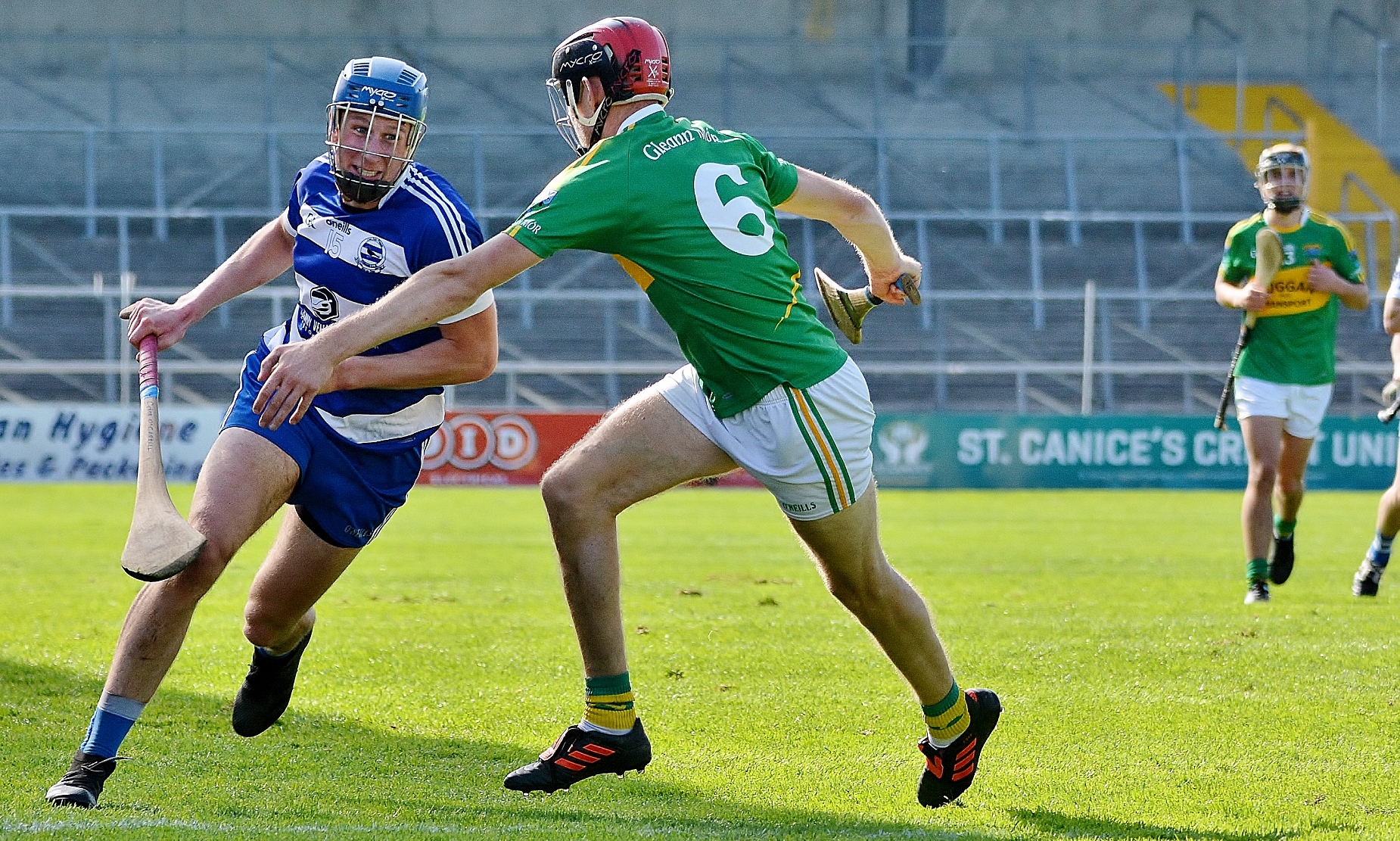 Likewise Eoin Murphy at the death, a flick to an empty net was forced out for a 65 in a last gasp effort to maintain the Lisdowney lead. And it proved vital in the end.
Solid Display
This was a very solid display from Lisdowney. They played a good, direct brand of hurling, the movement of their forwards was good and the sticky defending of the full backs even better.
Sean Phelan and Eoin Walsh struck a lot of good ball, Niall Brennan was outstanding at midfield with his four points from play while up front, Lisdowney were happy to go long rather than through their half forward line, and with Cathal Jordan and Aidan Tallis showing well, they were top class at working possession for scoring options.
Of course the key to the win was work rate up front and in that regard David O’Carroll got through a lot of tackling and running.
In contrast, Glenmore worked the ball with those 20m passes off the hurl, until they can ping Ger Aylward on the run, or create space for a long distance effort from the Murphys. It can be effective, but the Lisdowney work rate helped to thwart the time needed on the ball to execute this game plan. And to be fair to Lisdowney that effort never waned and was the main reason this young team, many fresh out of teenage years, are an hour and a bit away from making history.
Glenmore got off to the better start with Alan Murphy and Ger Aylward on song from an early stage and they went 0-7 to 0-4 up by the first water break with Ger Aylward having a goal chance spurned just before the call for the ball.
Lisdowney had plenty of the ball during this spell but hit six wides. These water breaks give management’s the opportunity to make adjustments and with those wides surely a key talking point, Lisdowney got their act together with Niall Brennan hitting two fine scores, the latter a leveler in the 25th minute, 0-8 apiece.
A nice Sean Phelan point gave Lisdowney the lead, as Glenmore looked rattled giving away possession from a hard won free by the goalkeeper. The best point of the half, in the 28th minute, involved Eoin Walsh, Vincent Fitzpatrick and David Carroll and was in contrast with what Glenmore were doing. Just before half-time Fitzpatrick should have had a goal as a shot from the wing came off the post, fell kindly for the Lisdowney full-forward who did everything right, controlled the ball on the rebound, placed the ball past the goalkeeper but hit the crossbar. Lucky escape for Glenmore who recovered with two points to go one up at half-time, 0-11 to 0-10.
Fast
Lisdowney were fast out of the traps and hit four points in the first four minutes of the new half. Glenmore settled with Aylward the main threat and when Robert Fitzgerald put him through on goal in the 38th minute, his shot went over for a point. Glenmore were back in front by the 43rd minute, 0-15 to 0-14 but it only lasted seconds before Conor O’Carroll set off on a run, was taken down but the ball broke for Tallis to pull from 10 metres out to the net.
Another Niall Brennan point after the water break was proving to be truly inspiring scorers for Lisdowney. 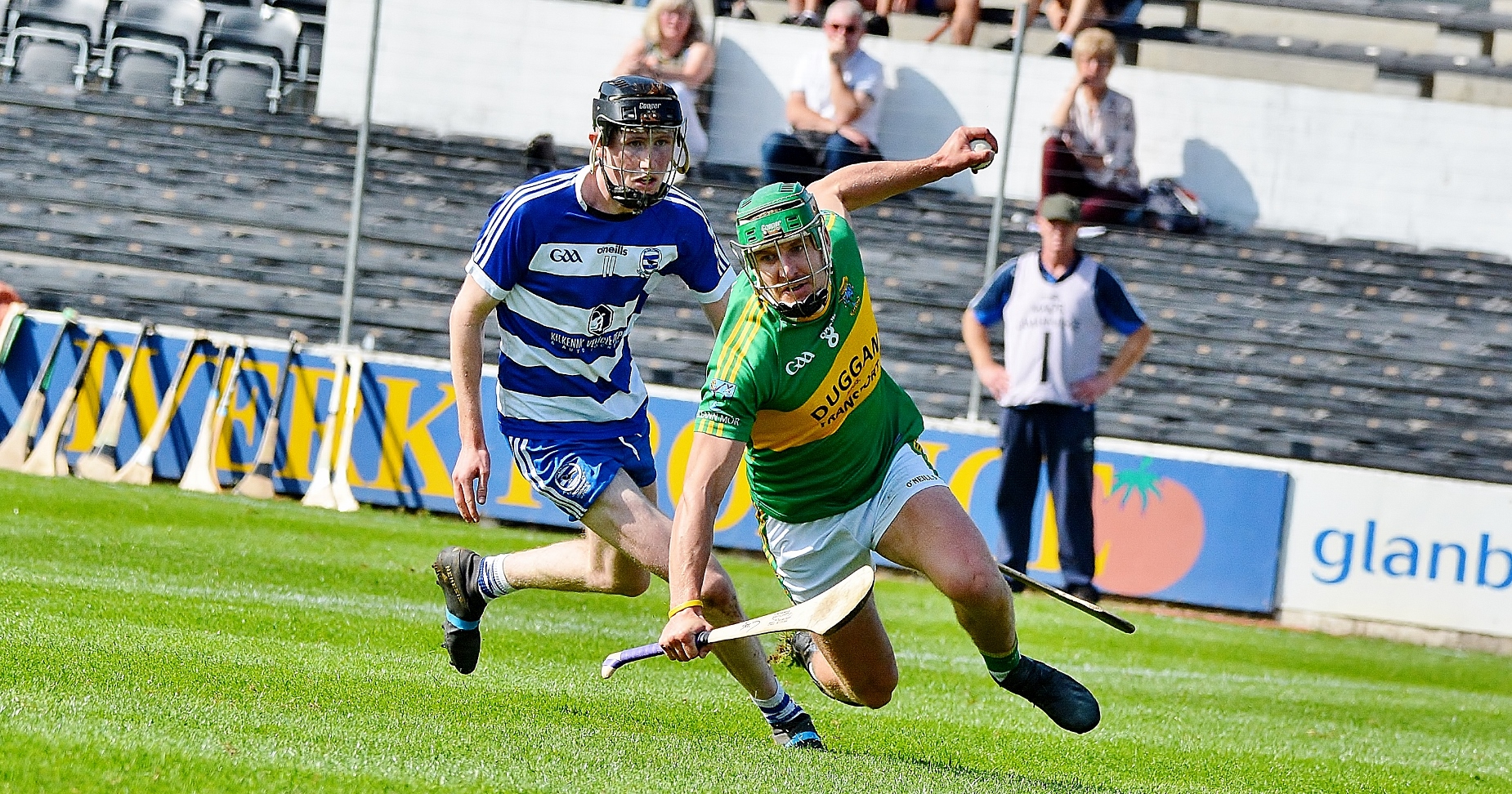 The Blue and White team began to ride their luck with penalty claims from Glenmore and then Eoin Murphy’s run, a one-two with Ian Byrne to open up the Lisdowney defence but his flick was cleared for a 65.
Alan Murphy converted, and further long range efforts from Eoin Murphy (free) and Alan Murphy had the sides level, 0-19 to 1-16.
Anyone’s game, as crucial calls went Lisdowney’s way, the first the free for catching the ball three times, and then a sideline cut from the puck out keeping the ball in the Glenmore half.
The men from the south were always going to get one last chance and that proved to be the final action of the game when a speculative ball was floated towards Ger Aylward and Liam Dunphy left his, line to gather, and come out with the ball for a safe clearance which signalled the end of the game.
Betting
Early season betting would not have placed Lisdowney as being just one game away from claiming Intermediate honours and returning to the senior championship - a position they last enjoyed in the sixties.
But this young team, by all accounts is getting better with every game and the manner of this victory will certainly stand them in the decider next Sunday against Thomastown - back hoping to make amends for last year.
With midfielder Pat O’Carroll shaping up to return, Lisdowney’s hand will be strengthened - they’ll need a lot going their way but on this evidence are certainly willing to work for it.