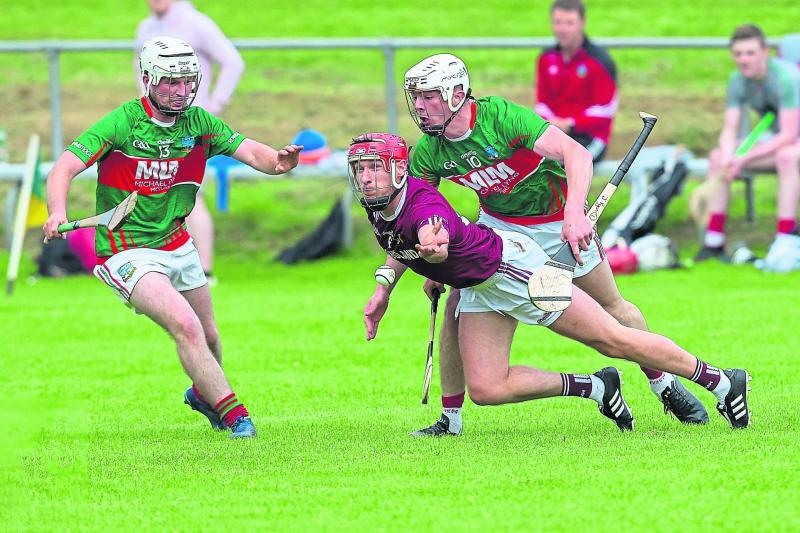 It’s been a year of uncertainties, but what can now be guaranteed is that Kilkenny will have a senior hurling champion for 2020!
While the globe is still in the grip of the coronavirus pandemic, two sporting parishes will be hoping to bring a little normality - and relief - to their clubs when they lock horns in UPMC Nowlan Park on Sunday.
Ok, the surroundings will be quieter - a lot quieter. However, the hurlers from the Shamrocks (Ballyhale) and Dicksboro would have gladly settled for a silent stadium if it meant being within a game’s reach of getting their hands on the Walsh Cup. Things won’t be that dramatic - 200 supporters will be given access to the ground on Sunday after the Government lifted restrictions somewhat - the incentive is there to take a title in what has been an unforgettable year.
While many might have found it tough to predict when - or even if - a county final would be played this year, they might have had it easier when it came to predicting the potential finalists.
While the Shamrocks were favourites to make it there from the outset (not a hard call given their back-to-back county, Leinster and All-Ireland victories) the name of the Dicksboro club wasn’t too far behind when it came to naming their potential final opponents.
League champions in 2019, the Boro were one of the sides tipped to do better in the championship this time around. Ground down by a dogged Erin’s Own in the quarter-finals, the feeling of under-performing followed the team through the Winter break and provided the momentum to do better in 2020.
Since then? They’ve certainly delivered on that intention, putting together an unbeaten run that has earned League plaudits and also a place on the big stage after a three-year absence.
Experience
While the legs have seen a few more miles since that 4-15 to 4-10 win over James Stephens, the experience of winning a county title is very much alive in the panel, the bulk of whom weren’t born when the ’Boro had last been top of the county’s senior hurling pile in 1993.
Since the time of that replay win over the Fenians in 1993 (John Marnell was the captain in the 2-9 to 1-9 win after the sides finished on 0-12 apiece in the opening game) the city side have tasted lows and highs.
Relegation to the intermediate ranks saw them play third fiddle, nevermind second, in the city for a spell, but that new generation of players has firmly given them back their swagger.
That confidence increased this year. They retained the league in dramatic circumstances, getting the better of O’Loughlin Gaels in a penalty shoot-out. Victory came with the bonus of a place in the quarter-finals, from where they have picked up the pace.
The ’Boro have added a clinical edge to their game this year, something they highlighted as they sent Bennettsbridge packing to reach the semi-finals.
While forwards of the calibre of Shane Stapleton, Liam Moore, Aidan Nolan and Bill Sheehan took most of the plaudits (between them the quartet scored 3-12 of Dicksboro’s 3-27) it was in defence they really excelled as they kept the threat of Liam Blanchfield and Ciaran Brennan out of the game for long spells.
Dicksboro showed plenty of composure in that game, something which followed on into their semi-final, a repeat of the league final with O’Loughlin’s. City derbies between the teams may have been tight over the last few years, but this one didn’t follow the same anticipated flow. The result may have centred on the two second half goals scored by Aidan Nolan and Shane Stapleton, but it was their diligence in defence and a hard-working midfield where the solid foundation for victory was laid.
The defensive spine is strong - goalkeeper Darragh Holohan has been most impressive, as has his full-back Evan Cody, while Cillian Buckley and Ollie Walsh have used their experience from days battling in midfield to great effect on the ’Boro half-back line. And that’s without mentioning Chris Kavanagh and Robbie Fitzpatrick, who tormented O’Loughlin’s with their relentless effort.
That spirit and energy will be sorely tested when they take on the Shamrocks on Sunday.
There is little that could be said about the Ballyhale men that hasn’t been written before. Practically the yardstick every other club in Kilkenny has been measured against in the last two decades (Sunday will be their 12th final appearance since 2005; they’ve won nine, including four in a row from 2006 to 2009, only the second club to do in the county after the Carrickshock men of the 1940s).
Potential
The level of their potential was highlighted in the championship when, after an indifferent league, they scorched into peak form.
Three games, three wins and a scoring tally of 11-74 is proof of a team very much in form - not bad for a side who lost Adrian Mullen to a long-term injury and saw their manager Henry Shefflin and captain Michael Fennelly step away in the off-season!
It goes without saying that in TJ Reid (3-31 from three championship games) and Colin Fennelly (3-6) they have two explosive players, but the support cast isn’t too shabby.
With Eoin (2-9) and Brian Cody (1-8), not to mention the experience of Eoin Reid (2-2) to call upon the Shamrocks have been devastating in their chase for the silverware.
While their attack is awesome, it’s defence where the Shamrocks have really shored up. En route to last year’s title they conceded 4-62 across four games; this year they’ve only leaked 1-46 in three matches, with James Stephens the only team to score a goal.
In Dean Mason they have a young goalkeeper growing in confidence, while the power of Joey Holden and Richie Reid has been matched by effort shown by the likes of Brian Butler and Darragh Corcoran.
With strength in defence and an energetic attack in both camps, it’s shaping up to be an unforgettable final!