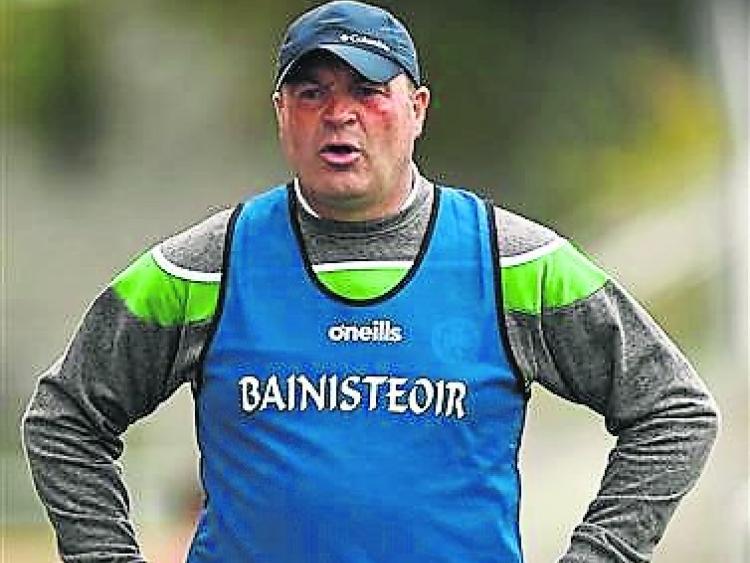 Should the Shamrocks complete their treble quest of county senior hurling titles, the biggest smile will probably be worn by James O’Connor!
If it wasn’t tough enough stepping into the shoes vacated by Henry Shefflin after two successive All-Ireland titles were brought to Ballyhale, he has also had to contend with a pandemic which threatened to derail his maiden season with the Shamrocks.
It was that stoppage, rather than following in the footsteps of a Kilkenny legend, which was the toughest part of the 2020 campaign.
“It was probably the worst year to come into a job like this,” he said with a wry smile. “Going back to March we had three training sessions together, then we had the lockdown.
“When that happened, I virtually didn’t come back until towards the end of June when the lockdown was lifted. We hadn’t a whole lot of time put together, but during the time we have had together we’ve had five or six games.”
Despite not being able to get used to the hotseat as he would have liked, O’Connor is more than happy at what he’s seen from the Shamrocks.
“It’s really through those games I’ve gotten to know the players,” he said. I’ve been so impressed by them in training; they’re a fantastic bunch and they really have the bit between their teeth again.”
And as the challenges have gotten bigger, the performances have risen.
“As the games have gone on it’s better the team has become,” he said. “The semi-final win over James Stephens will really have stood to the team – in the last few outings, although the team played well there wasn’t anyone within touching distance of us in the end. In the semi-final we were pushed all the way, we had to dig deep to win it.
And the manner of that win was just the preparation O’Connor wanted ahead of a county final.
“Give me that game any time,” he said. “There’s nothing worse than winning a semi-final by a big score and not being tested. Guys can get carried away with results like that. A lot of ours will have been brought back down to earth after that semi-final – they know they have a stern test ahead of them in Dicksboro. We’ll take nothing for granted.”