Finding their rhythm has helped Dicksboro roll on into final 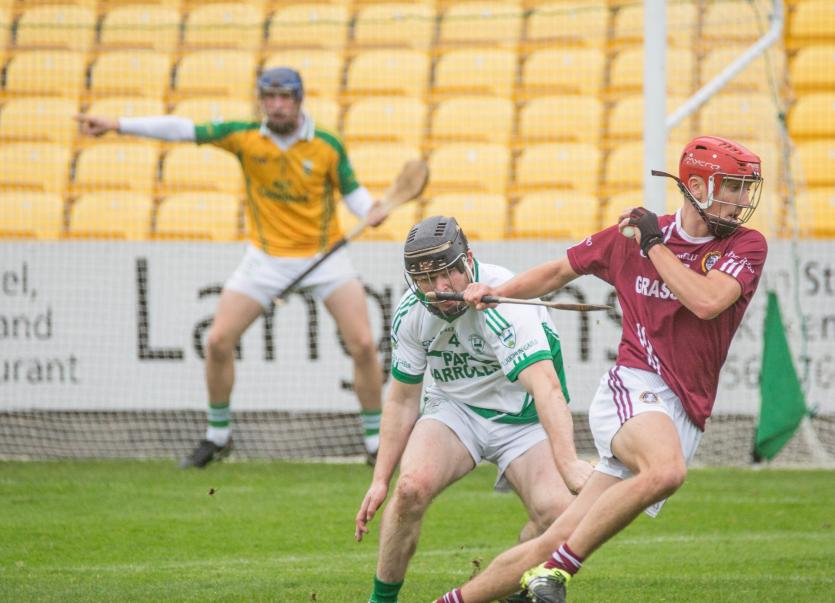 It’s been a strange year for hurling, but as far as Dicksboro are concerned it has come good in the end.
“Three or four months ago we didn’t think we would have anything,” said ’Boro manager Mark Dowling. “It’s great for us all to be here in a final now.”
The truncated season meant the ’Boro have sandwiched in an entire league and championship campaign in about eight weeks, but it’s been a positive experience.
“It’s been good for the players in the way they’ve been going from week to week – they don’t have too much time to think about matches,” the manager said. “It’s been more about rest and recovery this year, getting ready for the next game.
“For the management it might have been a trickier year,” he added. “You’re not sure whether you’re doing too much or too little. It can be hard to find that balance, so you have to trust the matches are keeping guys ticking over and up to speed.”
Management had their work cut out preparing the players for this strangest of seasons, with Dowling admitting it was a case of working things out as they happened at times.
“We had plenty of time during lockdown to change our plans and look at things,” he said with a smile, “but we did that. It was a case of feeling our way through things when we got back into training, but we found a rhythm and a week of training that suited us. After that with matches, it has just rolled on.
When the ’Boro won the county title in 2017 many of their squad were under 22 – they hadn’t even been born when Dicksboro had last won the Walsh Cup. While they still have a young side, they now possess players who know what it takes to win the big one – but Dowling knows it’s a tough championship.
“Experience is great, but in Kilkenny matches are so tight there’s very little between the teams,” said Dowling. “You can look at a scoreboard and say you won by a few points but the matches themselves are very close – you’re fighting all the time to get that break.
“We never put any thought into who we might be playing in a county final, but knew we had to get through a huge challenge in O’Loughlin’s in the semi-final.”
While the championship is the thing, it was still good for Dicksboro to retain their league title. It gave the team momentum to carry into the chase for the Walsh Cup.
“Playing O’Loughlin’s is great way to prepare for any game,” he said of the league final, which went all the way to penalties. “It was great to win the league, but as everyone will tell you they all want to win the championship. You can’t win it unless you’re in the final; we’re there now so we have a great shot at it. We’ll take it on.”
Path to final
LEAGUE
Dicksboro 2-16, Rower-Inistioge 0-12
Dicksboro 0-24, Graigue-Ballycallan 0-13
Erin’s Own 1-12, Dicksboro 3-19
League Final
Dicksboro 1-20, O’Loughlin Gaels 1-20
AET - Dicksboro won 3-0 on penalties
CHAMPIONSHIP
Quarter-final
Dicksboro 3-27, Bennettsbridge 2-14
Semi-final
Dicksboro 2-16, O’Loughlin Gaels 0-14