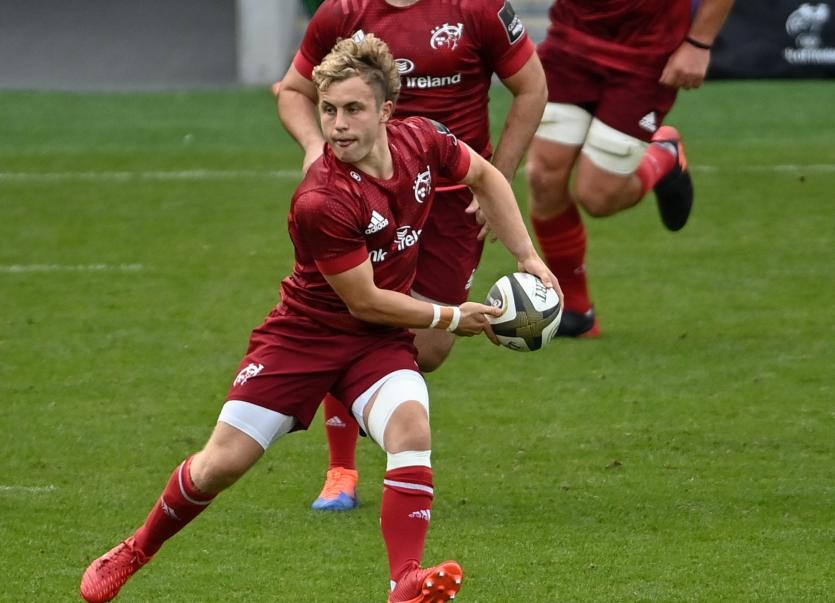 THE Ireland Coaching Team have named a 35 player squad to complete the final two rounds of the 2020 Guinness Six Nations Championships.

The squad which will be captained by Johnny Sexton contains six uncapped players - including Shane Daly, of Munster, Ryan Baird, Ed Byrne, Will Connors, Hugo Keenan and Jamison Gibson Park.

While Baird and Connors have been involved in national camps before it will be a first time with the national squad for the other uncapped players.

In addition Munster scrum-half Craig Casey and back row Fineen Wycherley as well as James Lowe, James Tracy and Harry Byrne of Leinster will train with the squad next week at IRFU High Performance Centre in Dublin. Ireland take on Italy at the Aviva Stadium on Saturday, October 24 before facing France in Paris the following Saturday, October 31

Ireland currently sit fourth on the Six Nations table one point behind Scotland and 4 points behind England and France who have all played an extra game. Back in February Ireland recorded wins over Scotland (19-12) and Wales (24-12) before losing to England (12-24) at Twickenham.

Ireland Head Coach Andy Farrell commented, "There has been a huge effort right across Irish Rugby to ensure that the professional game could return safely and that work is greatly appreciated by the national management.

"We have protocols in place to safeguard the welfare of the players and staff and are looking forward to completing the Six Nations Championships.

"We have two competitions to play in over the coming months but will focus first on a strong finish to the 6 Nations Championships.   The return to rugby has not been without its challenges as some players have suffered injury setbacks and there has been limited playing opportunities ahead of a busy and exciting international window.

"We will be closely monitoring the form and fitness of players competing in the Guinness PRO14 over the coming weeks."