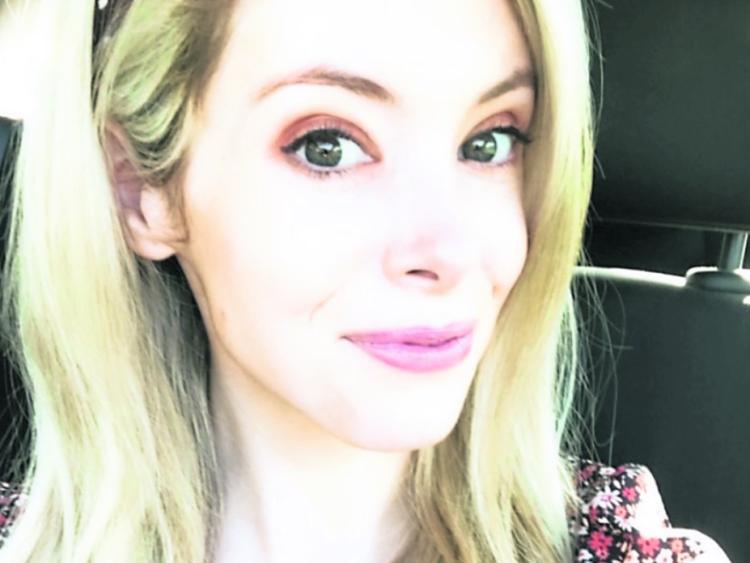 Leitrim lady Claire McTernan is one of our own. Claire lives in Ferrybank with her husband, former Minister of State John Paul Phelan TD. She is a secondary school teacher in the local school and believes political activism is important.
Claire is also a huge foodie and loves running, painting as well as walks with her pooch Betty. She believes in karma and doing good as it will come back to you.
John Paul’s recent unfortunate and sudden health problems have made lots of newspaper headlines. Here at the Kilkenny People we wish him a healthy recovery.
I wanted to talk to the great lady behind the politician, the woman who was by his side and drove like a bat out of hell to get him to hospital on the night of his heart attack on July 12th last.
Here is a glimpse into Claire’s world…

Marrying into politics and becoming a wife of a minister is a tough gig for a newly married couple?
It’s like being married to anybody in the public eye. With the addition of the world of social media, people will say things to you online that they won’t say to your face. However, we always say to each other how lucky he is to be in such a privilege position. We would never ever take that for granted.
When anyone goes out to vote for someone, it’s an aspect of trust because you are trusting them with your vote. It is a tough job but the rewards are far better and he is really lucky to be in a position to effect change and to represent the people of Carlow and Kilkenny, who have being amazing to us.

Claire, how are you both doing since John’s health scare?
We are doing really well, we feel like he has a new lease of life. In July we were kind of dumbfounded, we were knocked for six.
Everything has worked out in the end. John has lost three stone, he has changed his lifestyle completely in respect to what he eats and exercise. It has given him a second lease of life and I am so proud of him and so happy it worked out the way it did. We were really lucky.

John is so proud of you too, you saved his life. Can you bring us back to that night?
We were at home, it was a normal Sunday. He ended up getting chest pains and getting sick. I knew something was wrong, my father had had a heart attack before, so I knew what one looked like.
Like a typical man, John wanted to lie on the couch and wait but I told him we needed to get to a hospital. I put him in the car and at that stage he was going in and out of consciousness a lot, so I rang A&E on the way. The staff of University Hospital Waterford were amazing, on arrival they were able to resuscitate him and get him back to himself.

He was only 41 years old when it happened, so it was very much unexpected?
In hindsight people have said to me is there anything that you could have seen coming or anyway you could have prevented this.
One hundred percent we could have done something to prevent it. My father had heart attacks, I knew what it looked like, but he is in his seventies, bad diet and has diabetes, so you can see someone like that having a heart attack because they are overweight and they are not doing anything to rectify it.
The big shock for me was that a 41 year man, who has been relatively healthy, has being walking around with a ticking time bomb for months. Thankfully we were close to University Hospital Waterford. I was supposed to be in Leitrim so thankfully I was there. So many things worked in our favour.

You must have driven like a bat out of hell?
Definitely! I rang on the way and they were going to send an ambulance but I was very close so I kept on going. I do remember as John was coming in and out of consciousness, he was telling me to slow down!

You both want people to know about those warning signs.
Yes Siobhan, that’s one of the main reasons I am doing this interview. We both want people to get stress tested. It could save your life. It’s vital, no matter what age.
If you are sitting at home and reading this and thinking ‘I’m 40 years of age, completely healthy, there’s no problem’, please think again. Go get tested.
John felt good and healthy. He had gained a little weight and was tired. We had just fought an election so that’s what the tiredness was put down to and we thought the weight was the result of quarantine. Don’t make excuses like this. If you are under or over 40, get a stress test as it could potentially save your life.

On the education front, 61,000 students sat this year’s leaving cert, with 10% affected by the coding error in the marking system. You have been vocal about how you saw this coming.
Leaving Certificate students have been put through something no other year group has ever been put through. The stress those students, their parents and their teachers have all been put through has been immense.
We saw the mistakes Scotland made during the summer and I was hoping we wouldn’t make similar mistakes. From what I gather, three lines of code were incorrect in the software that they used. This resulted in students’ two weakest subjects forming part of the expected achievement profile instead of combing the students’ two best subjects.
I suppose you’d wonder why this software wasn’t tested a few times to ensure these mistakes didn’t happen. Last week, Minister Foley announced that any students who were effected by this would be informed and given their new grade. On Thursday last Minister Harris announced that 424 students whose marks were incorrect and who should have originally been offered another course based on their correct results have been offered a new CAO course.
It’s great that it has been rectified and that those students now have the correct course. However, it is the end of September and many students had already started other courses, so it’s unfortunate this has to happen at all.

Would you ever consider going into politics yourself Claire?
Oh god no. I see John Paul leaving our house around 5.30am in the morning and coming home from Dublin at 12 at night and I honestly don’t think I’d be cut out for it.
I believe in John Paul, he’s an honest and decent politician and I will canvass day and night for him but I’m happy to be a volunteer.