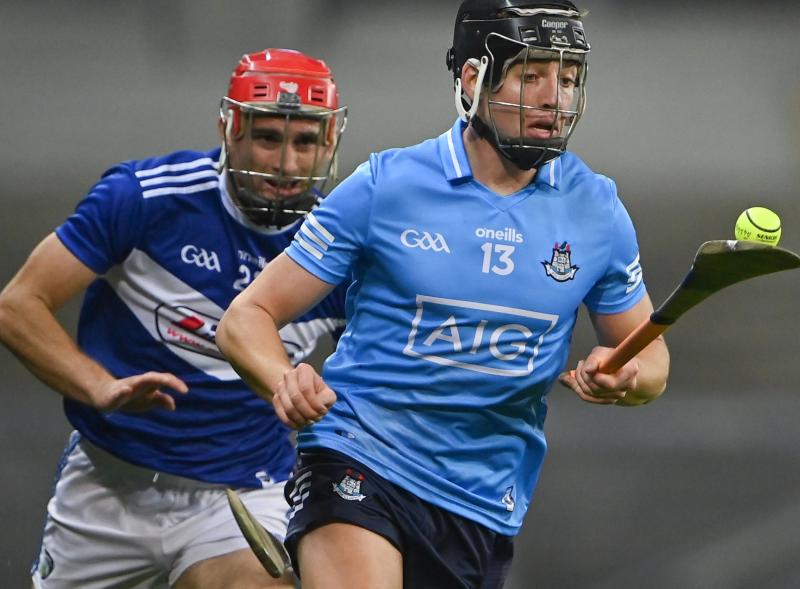 Going into last Saturday’s Leinster quarter-final with Laois there was a bit of uncertainty about the Dublin hurlers and where they really stood in the grand scheme of things.

The issue of revenge was in the air after last year’s shock qualifier defeat to the same opponents in O’Moore Park. While Dublin were expected to win it was more how emphatic the performance was that made people sit up and take notice.

When you add in that Dublin were without a trio of experienced players in Paul Ryan, Conal Keaney and David Treacey the picture of the Blue Wave looks an awful lot brighter.

The three mentioned are expected to all be fit for the showdown with the Cats at GAA HQ on Saturday afternoon but whether they will start is another thing after a host of young players put their hand up in the 2-31 to 0-23 success.

Top of that list was Donal Burke who took his chance with both hands gripped firmly to the hurl.
The Na Fianna clubman impressed during the Dublin championship and although he hasn’t been seen in a Blue jersey since 2017 he knocked over points for fun while also showing great pace to net a well taken opening half goal.

The issue for Brian Cody and his management team will be who stops the nifty forward in his tracks with the likes of Joey Holden and Paul Murphy in prime position to try and curb his influence if he lines up in the full forward line.

Burke was flexible in his positioning on Saturday and in scoring 1-16 he placed himself in a number of different positions including centre forward. If he ends up there against the Cats curtailing him could be the job of Paddy Deegan or Padraig Walsh.

While Burke does give the Dubs an extra dimension in attack it’s far from a one man band.
The likes of Chris Crummey, Danny Sutcliffe, Cian Boland and Ronan Hayes all carry a significant threat.

Crummey is the Dublin Captain and has arguably been the best player in their armoury over the last few years but he may be better suited to midfield or a place in the backs.

Crummey played the majority of the game in the full forward line and while he added 0-3, Kilkenny may feel they can shut him down in unfamiliar surroundings.

Hayes and Sutcliffe are capable of scoring heavily up front too and that may well be needed to upset last year’s All-Ireland finalists as well as netting a couple of goals may be.

It may be very hard to even speculate as to what way Dublin Boss Matty Kenny lines up the forward line as he has numerous options up front in attack which may not have been the case over recent years.

As well as the front six that started against Laois and the possible return of Paul Ryan, David Treacey and Conal Keaney there also seems to be a big impact off the bench.

The likes of Shane Barrett, Liam Rushe, Mark Schutte, Jake Malone and Eamon Dillon all appeared as substitutes with most of them playing a role in the victory.

Whoever is selected to start Kilkenny will need to be on their guard as this is a game that Dublin will target as their big chance to cause a big shock.

Over the last two years they have been involved in very close Championship encounters at Nowlan and Parnell Park but they couldn’t get over the line on either occasion.

A couple of months ago Kilkenny rather routinely disposed of Dublin in the Allianz National Hurling League with minimum of fuss but that game will bear little or no relevance come 3.45pm on Saturday.

Dublin had a very poor League and personnel wise they look a lot different to what they did back in January.

In this year of restricted training, having a Championship game could be a huge advantage to the Dubs.

Normally you wouldn’t blink an eye with regards to that type of thing when it comes to Brian Cody and Kilkenny as the training games are so hotly contested but in a coronavirus year everything is up in the air and you never know what to expect.

As a result Dublin will be targeting an electrifying start to try and spook Kilkenny and the Cats can’t really afford to be ring rusty in the opening few minutes or they could be in a bit of trouble.