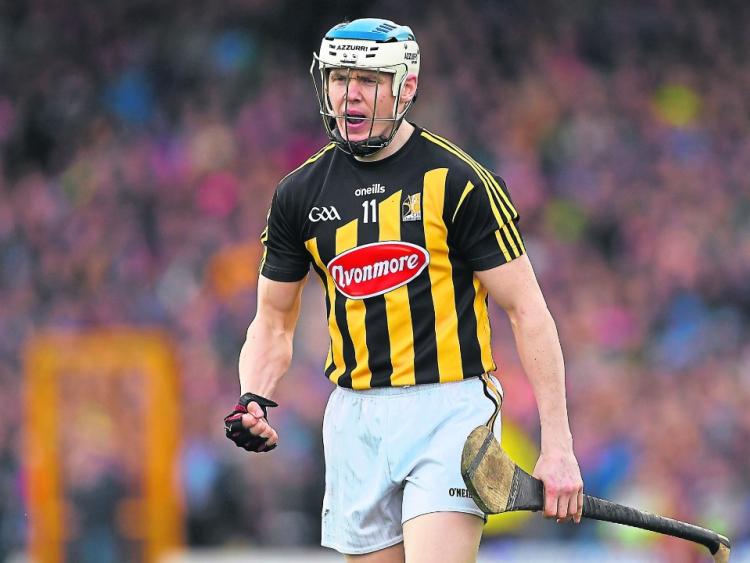 In some ways it’s even pretty surreal that it’s even happening as the Kilkenny senior hurlers prepare to head to Croke Park for Leinster championship action.

The Covid-19 pandemic has ripped apart many parts of Irish life over the last few months but one of the beating souls in the country, the GAA championship has survived the test of time.

The sliotar threw in for action last weekend as Clare and Limerick as well as Dublin and Laois got proceedings kicked off in front of empty stadiums.

From a Kilkenny point of view the Dublin and Laois tie was of most interest, with the winners advancing to meet the Cats in the Leinster semi-final.

With the Dubs coming out on top against Eddie Brennan’s Laois outfit a rare quirk of fate has resulted.

Under the original schedule Kilkenny and Dublin were due to clash in round one of the Round Robin Series in Parnell Park on May 10.

Much has changed since that date with the two counties in a very different places ahead of their meeting this weekend.

Kilkenny got the better of Dublin in the league back in the Spring but in truth it was a disappointing campaign for both with a few mixed results.

Attention has quickly turned to the championship as a result and what shape Kilkenny may be in.

It’s been a very quiet build up with Brian Cody and his management team but the Cats did compete well in recent challenge games against Clare and Waterford.

Eoin Cody and Billy Ryan were two players that impressed in both games.

The team selection as a whole will be interesting and whether it’s worth the risk of throwing a few youngsters in from the beginning.

On the injury front Dicksboro’s Cillian Buckley looks to be the main concern as he recovers from a suspected broken thumb.

The former Kilkenny captain got the knock on club duty and after an injury-plagued 2018 and 2019 he will be eager to put his hand up for selection.

Adrian Mullen is back in training after the cruciate ligament injury he sustained back in February against Clare in the League but the fact he played no part in the recent club championship win for the Shamrocks may suggest he is a bit away from action as of yet.

Apart from that Kilkenny look to be in relatively good shape health wise with Richie Hogan returning a couple of weeks ago after he too missed out on a couple of club games.

Under normal circumstances all three of the above will have been seen as very important players in the Kilkenny fold, but with the hectic schedule of games it’s highly likely a number of counties will take the tried and trusted approach and injured players may find it hard to find a route back to a starting place.

One thing is for sure though and that is Eoin Murphy will be between the posts while the experienced look of Joey Holden, Huw Lawlor and Paul Murphy will more than likely man the defence.

Padraig Walsh and Paddy Deegan look to be two of the mainstays in the half back line and with Cillian Buckley a big doubt the 2019 All-Ireland Final pairing of Conor Browne and Conor Fogarty may be used in midfield again.

As per the last few years TJ Reid and Colin Fennelly are the mainstays in attack but there are numerous spots alongside them available.

Eoin Cody and Billy Ryan are two of those in contention as well as Walter Walsh, Richie Leahy and John Donnelly.

All of this added to DJ Carey, Martin Comerford and James McGarry manning the sideline as selectors beside Brian Cody should make for essential viewing.

A lot has also been said about the All-Ireland championship being held in the winter rather than the summer and how the heavier conditions may suit a more physical team like Kilkenny.

That may be true the longer we go into the year but for now the weather conditions aren’t too bad and with Croke Park and Semple Stadium playing host to the vast majority of games the sod will still be in fair condition.

The game with Dublin will be Kilkenny’s first appearance at GAA HQ since that crushing All-Ireland Final defeat to Tipperary last year.

You get the feeling it’s not something they have got over in a hurry and they will be eager to rectify a few wrongs over the coming weeks and months.

Note: The game between Kilkenny and Dublin from Croke Park on Saturdaywill be streamed live on GAAGO at 3.45pm.

For viewers not familiar with the GAAGo service they will need to download the app or access through a browser, create an account and purchase the game to view.

It can be accessed via a smart tv, laptop, tablet or mobile phone. People should set up their account and purchase the game in advance.