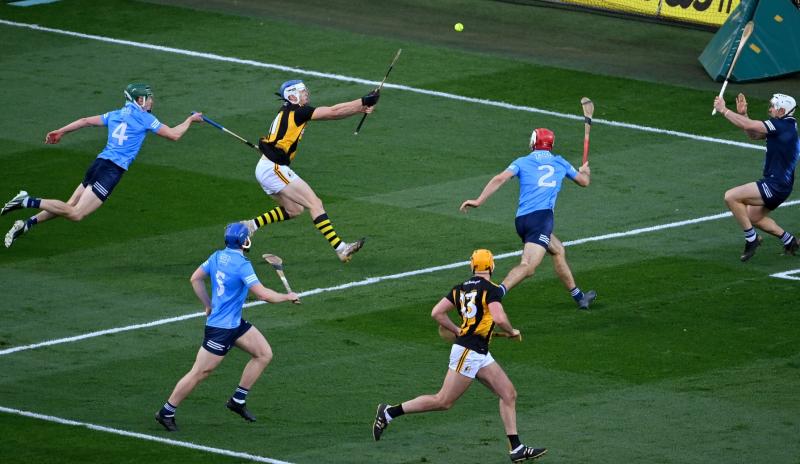 Despite throwing away a sixteen point lead Kilkenny found a way to dig out a narrow victory over Dublin in a dramatic Leinster Championship Semi-Final at Croke Park this evening.

Two goals in two minutes from Billy Ryan and TJ Reid had put the Cats in an ideal position in the first half and when Colin Fennelly expertly finished just before the break Brian Cody's men looked home and hosed when leading 3-13 to 0-7 at the interval.

Helped by the introduction of Eamonn Dillon who notched four second half points Dublin gradually reeled Kilkenny in though and with Chris Crummey and Ronan Hayes both goaling the teams were level entering the final few minutes.

It was a very mediocre second half display by Kilkenny but they found it in them to unearth another gear with sub Alan Murphy and full back Huw Lawlor knocking over crucial late points.

Donal Burke finished with 0-12 for Dublin and he'd a chance to force extra-time with a late free but after his effort dropped short Kilkenny held on to win and seal a final spot against either Wexford or Galway.