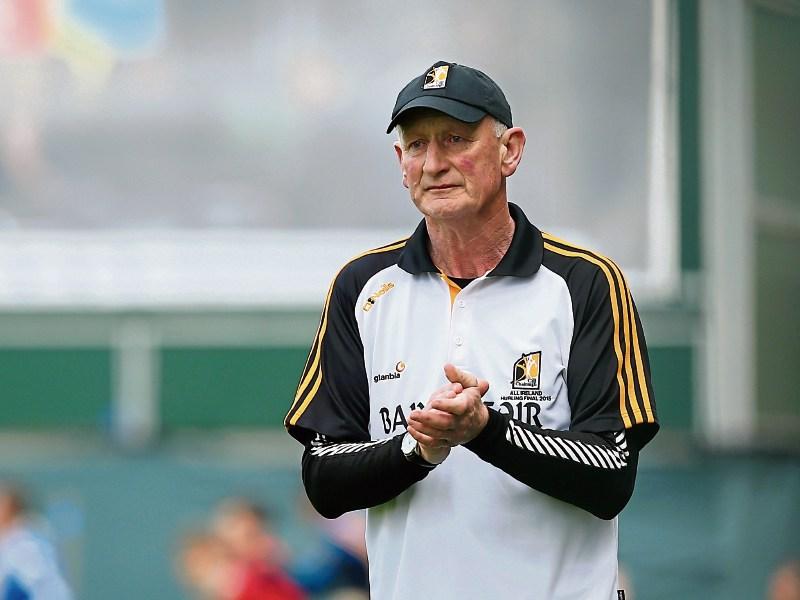 The mood was solemn enough in the Kilkenny camp after they secured a place in their third successive Leinster Senior Hurling Championship Final.

The 3-20 to 2-22 success over Dublin on Saturday afternoon was based on an impressive first half display but for manager Brian Cody it will be throwing away a sixteen point lead that will be of most concern.

“Dublin completely out hurled us in the second half essentially and at half-time we were in a very good position from a good first half”, he said.

“It just shows you what hurling is like and leads mean absolutely nothing. You can say our lads took the foot off the pedal and all that but there is no future in doing that”.

“It’s difficult right away to explain what happened to us but they won much more dirty ball than we did and we didn’t do that as much as we had been doing when dominating possession in the first half and games take on a life of their own and we didn’t do enough to arrest the slide obviously but in fairness our full back Huw Lawlor hit a serious point at the end and showed us what we should have been doing more often”.

“We’re in a Leinster Final in two weeks’ time so we’ll settle for that”.

Kilkenny had looked to be in a comfortable position when leading 3-13 to 0-7 at the half-time interval but any talk of being complacent was dismissed.

“A big lead can be a dangerous thing I suppose and I can’t for certain say why because at all times I tell the players to keep going until the final whistle but I suppose it’s easy enough saying it. Dublin upped it and won the battles as well as the basics of hurling in winning the ball and tackling well”.

“They (Dublin) beat us in those departments in the second half but in the first half we were very good and the lads aren’t jumping around with joy or anything and while they are relieved, they are  also disappointed with the way the second half transpired as well”.

After going over seven months without a competitive game last Saturday’s Championship victory is bound to benefit Kilkenny as they look ahead to a provincial final.

“We’d like to see the game standing to them with how close it ended up on the scoreboard and there’s no guarantees of it but we have questions to answer and  like I said the object of the exercise was to get to the Leinster Final and we are in it”, Cody admitted.

“A game under our belts is hugely important because you can’t replicate what happens in a Championship game and that’s what happened today but the game the next day will be a huge challenge”.

The restrictions around Covid 19 made the whole Championship occasion a pretty strange one at the weekend for everyone but it was something that the players are used to at this stage.

“Obviously it’s different but we are all so aware of what is happening in the wider world with Covid 19. The players have been playing club games in empty stadiums so they are used to it”.

“We’ve trained like this too and at the end of the day you are representing Kilkenny and playing in a Leinster Championship game where there could be thousands in attendance but when you are on the field that goes out the window and you can’t even talk about that having an effect on things because it shouldn’t”.