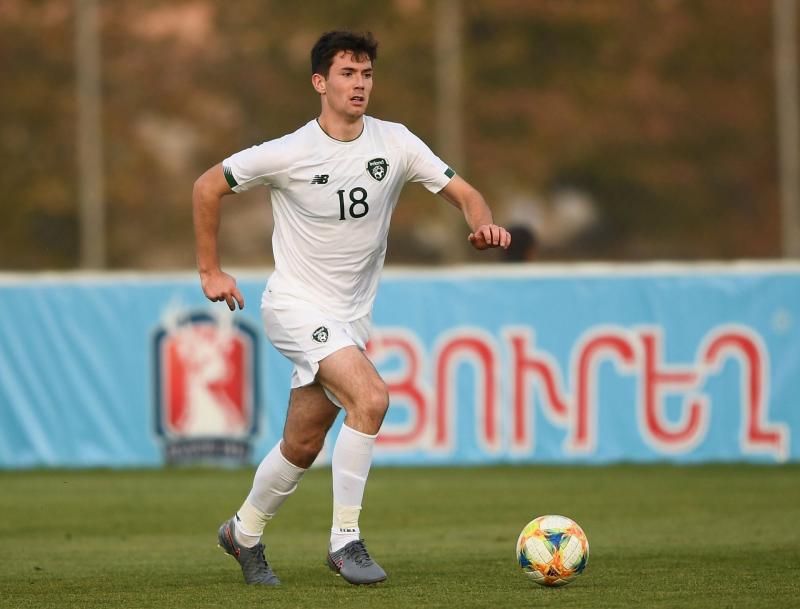 Kilkenny's Thomas O'Connor and Ellen Molloy have been called up to respective Republic of Ireland squads ahead of crucial European Championship Qualifiers.

O'Connor who is from Rosbercon and is currently on loan at Gillingham from Southampton is part of Jim Crawford's Under 21 squad that will take on Iceland at home and Luxembourg away in the European Championship Qualifiers over the next while.

The 21 year old was initially called up to the Republic of Ireland U21 squad in November 2019, making his debut in a 1-0 win over Armenia in a 2021 UEFA European Under-21 Championship qualifier.

A solitary point separates the top four teams in Group 1, with Crawford’s side currently sitting in second place, behind Italy only on goal difference.

Republic of Ireland Under-21 Squad:

Elsewhere Ellen Molloy will again be part of the Senior Women's squad for the final European Championship Qualifier against Germany on Tuesday December 1.

Molloy made her senior debut in the recent defeat to Ukraine and she will be eager to get more minutes under her belt.

With seven games already played, Ireland are still in the hunt for a Qualifying Play-Off for the 2022 UEFA Women's European Championships.

Germany have already been confirmed as Group I winners, which means that the runner-up spot and a Qualifying Play-Off is now between second-placed Ireland and third-placed Ukraine.