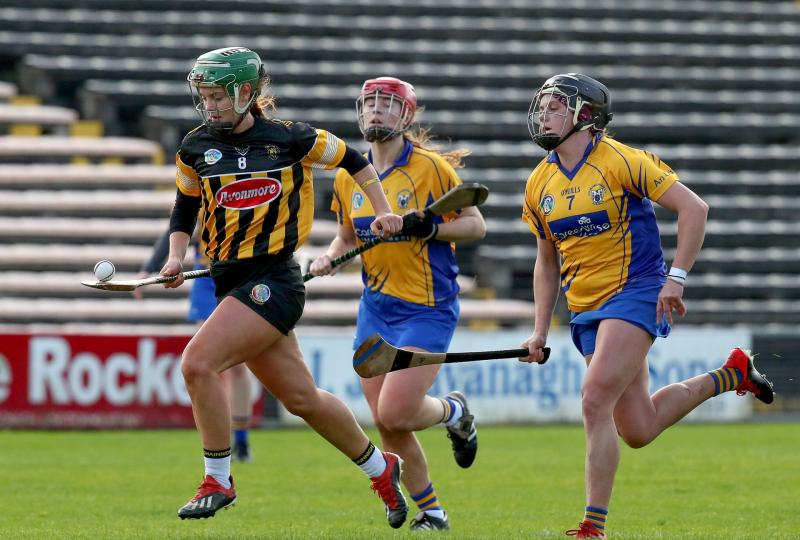 Collette Dormer showed us what joy is all about as she lit up our TV screens on Saturday evening from Croke Park.

Dormer, who plays with Barrow Rangers club, was part of the Kilkenny senior camogie team who won the Sean O’Duffy Cup for a 14th time after the Cats beat Galway in a gripping All-Ireland final.

After missing out on glory in the last three All-Ireland finals, Kilkenny deserved this win - the sweetest one of all in such a unique year. Kilkenny have been in every final since 2013, except 2015 when it was Cork against Galway – their two main rivals.

Kilkenny right half-back Collette Dormer played a huge part in the victory, which saw her earn her second senior All-Ireland medal. As her team captain Lucinda Gahan lifted the O’Duffy Cup, the television cameras caught Dormer’s smiling face as she beamed like a Cheshire Cat!

The Barrow Rangers player was overjoyed in her 14th championship campaign. She started playing hurling in primary school and joined the first Paulstown camogie team at the age of 12.

I caught up with Collette after the final to talk about the ‘Super Saturday’ and women in sport.

Collette, a massive congratulations to you and the team on Saturday’s win. How have the celebrations being going?

Well I’m back in work this morning in Diarmuid Reil Architects, trying to get a few bits done for people before Christmas. The voice is a little hoarse but we kept to our own little bubble to celebrate.

For now, we are going to enjoy small ‘home comings’ with our families. Please God in the new year when things have settled down with the virus, we can bring the O’Duffy Cup out to the streets of Kilkenny for a proper homecoming.

It’s a Saturday night you will never forget! In the words of your captain Lucinda Gahan ‘a dark cloud has been lifted’. Was that how it felt for you?

It was such a sense of relief on the night. It was magical and mad at the same time, to be in Croke Park on a Saturday evening with that result.

The girls in the stands made up for the missing crowd, they were so loud! They roared us on through the whole match.

You shared a great photo of manager Brian Dowling punching the air with joy, and captioned it ‘the man probably hasn’t slept in 15 months’. He must have put his heart and soul into the team.

Brian went above and beyond for everybody, down to the tiniest detail. Even up to an hour before the game, he was still going around asking did we need anything. If we didn’t have it by that stage, he would have got it for us anyway!

Brian took on the role wholeheartedly and the last 15 months he made sure no stone was left unturned. He did everything in his power to get us up there as the best team of players.

Ann Downey was there too as she was doing commentary with Nickey Brennan on Kilkenny Community Radio. It was magical to have her there and it just goes to show the relationship with Ann and Brian. She was just so, so happy and it was great to have her in the dressing room afterwards.

It must be a huge thrill for Barrow Rangers to have two All-Ireland camogie champions like Miriam Bambrick and yourself in their club?

Yes we’ve received lots of messages from them over the weekend.

Passing by Paulstown on the way to Dublin on Saturday afternoon was just incredible. We received a message to watch out for the bridge. So Miriam and I went to the front of the bus. There was a load of kids on bridge waving their flags in the freezing cold. It meant a lot to Miriam and me.

Bringing back the O’Duffy Cup to Kilkenny is what is it all about. What message are you hoping this will give young girls?

To stay at it and keep working hard at it. Dreams really do come through.

You’ve said before as a player you want to leave the jersey in a better place. What did you mean by that?

We, as a group of players, are always trying to push Kilkenny camogie to the final, to get back to Croke Park every time and try to win them. 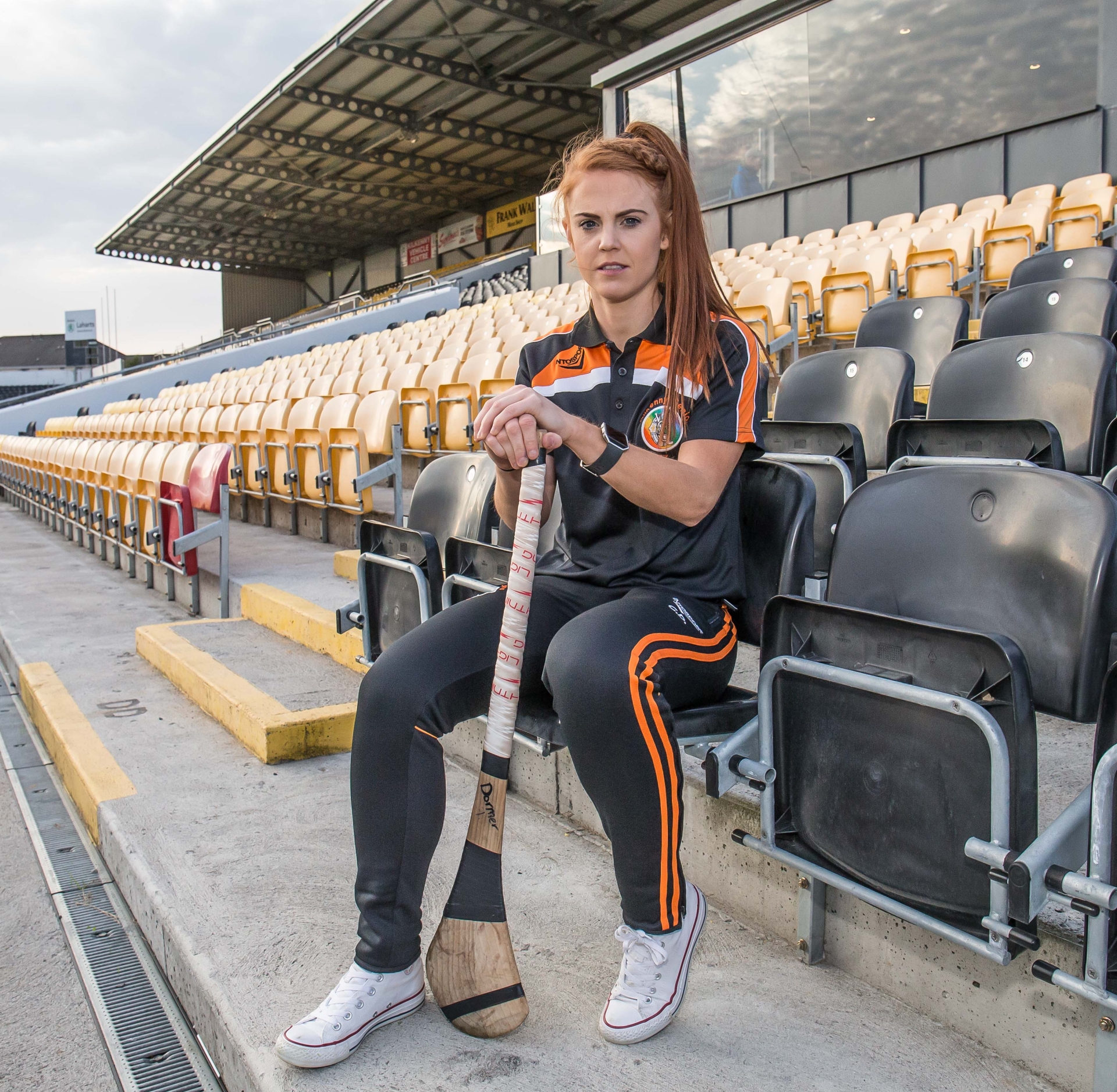 For years the goal was to get Kilkenny to a quarter or a semi-final. For the new girls coming through, you want the final to be their highest possible goal. You want them to think they can win an All-Ireland and that they want to play for Kilkenny.

You don’t want to take the jersey, be on a team and not leave it in a better place when you have had the privilege to wear it. So for anyone that is coming behind us, I want them to push us out because they are improving and we are losing our place to a better player.

What do you think is needed for the image and participation of camogie to be better?

The fact that this year the whole equality funding is being spoken about. For years nobody would have heard about it before. People are coming up to us talking about it now and are shocked that we don’t even get expenses. I’ve been playing for 14 years without any expenses. It’s good it’s being talked about, but I wouldn’t like it to be talked about in a negative way.

What RTÉ is doing for women’s sport is fantastic. Last Saturday was published as ‘Super Saturday for women in sport’ was brilliant. It was a full day of women’s sport with the soccer (FAI Women’s Cup final) on first and camogie afterwards.

That has never happened before; it’s inspiring to young girls. All my nieces were looking forward to sitting down and watching a day of sport - not of men’s teams but of women’s teams.

Did the fallout from the ladies football semi-final (the match between Galway and Cork was switched Limerick to Parnell Park days before the match - and then moved to Croke Park on the morning of the game) unnerve you going into your final on Saturday?

Not really. I was disappointed for Galway but I don’t know the full circumstances and sometimes these things can be portrayed in the worst possible light.

It wouldn’t really unnerve me, at the end of the day you are getting a run out in Croke Park and that’s what needs to be concentrated on.

There has been a call for ladies Gaelic football, camogie and GAA to come together under one organisation. Do you agree?

We are aiming to work towards that - I would like them to all be to working together. This whole crisscrossing for years and waiting for what the GAA are going to do with the camogie can be frustrating.

Also in more recent weeks, the level of funding was announced. I think €3 million for the male sports and only received €700,000 for female sports. You would like to see it become a lot more equal and in a level playing field.

What’s next for Collette Dormer?

Get over Christmas and get married on December 30 to (fiance) Liam! We were supposed to be married in November, but it was postponed because of the championship!

The team would like to thank all the supporters, the County Board and Glanbia for all their support during the year.