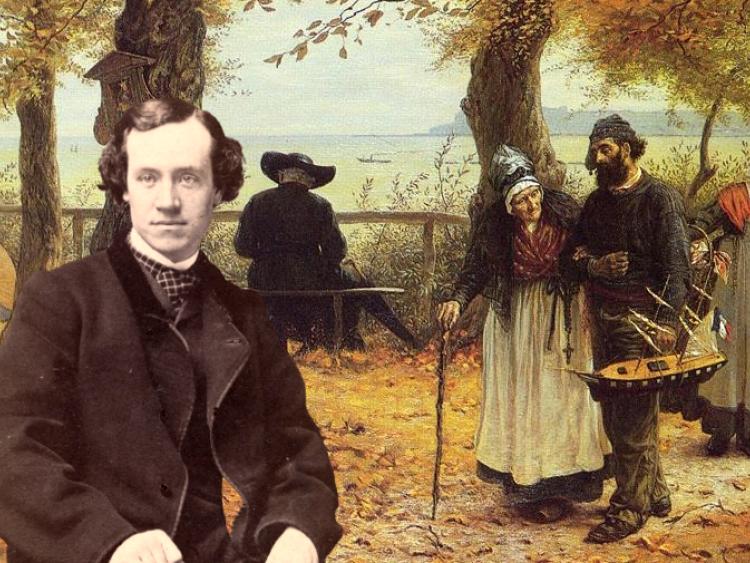 William John Hennessy (1879 - 1914), pictured in front of one of his better-known works, ‘The Votive Offering’

A long line of artistic trailblazers have been cultivated from the land that sweeps the banks of the Nore over the years, and all are worth recalling in ink.

One artist all-too-often left on the margins of local art history conversations and out of Kilkenny’s collective art consciousness however is the prodigious talent of William John Hennessy.

Born in Thomastown in 1839, William John Hennessy was brought up in a household that really valued Irish cultural traditions.

William’s father, John, was a Young Irelander. He advocated for the revival of the Irish language and for the study of Irish history from a young age to further the aims of Irish nationalism.

Fearing a rebellion, the British Government ruled in 1848 that Young Irelanders could be arrested without trial, putting the family at risk.

The danger of persecution forced John Hennessy’s hand and the patriarch fled the country alone, as an exile, landing in Canada in 1848 before settling down in New York City shortly after.

William, his mother Catherine and his brother summoned the funds to join their father in New York very shortly after in 1849.

New York City offered a fresh start and fresh opportunities for young William, as it has for the many generations of immigrants that have landed on its shores.

William, pursuing his interests, began drawing while still in his early teens.

At 15 he attended the National Academy of Design to study fine art painting, a feat illustrating his talent.

William John Hennessy exhibited at the National Academy in New York in 1857 and was elected as a full member only six years later in 1863.

The predominant medium of his work was painting (oil and watercolour) but he was also a very skilled sketch artist, woodcarver and illustrator.

He went on to win commissions to illustrate the literary works of many famous poets including Lord Tennyson, Henry Longfellow and John Whittier.

William would become lauded both in the art community and among the public for his ‘slice of life’ painted scenes that synthesised the atmosphere of French Naturalism with the skilled precision of the Pre-Raphaelite artists. 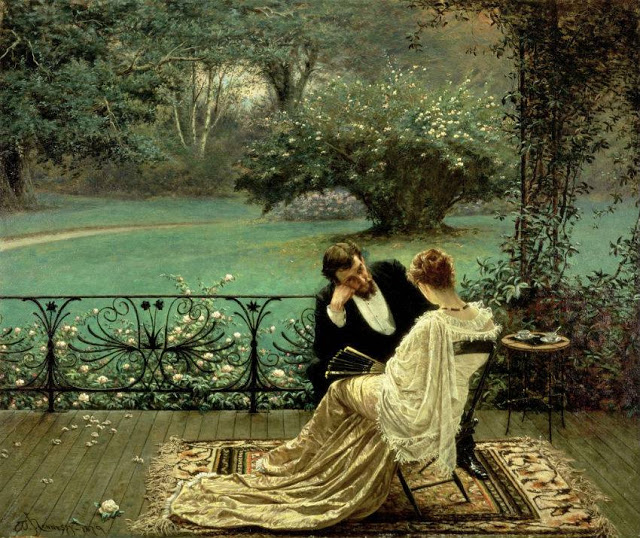 Hennessy went on to co-found the ‘Artists’ Fund Society in New York City.’ The society assisted members and their families in cases of illness, old age, and death and even assisted non-members in cases of great distress.

He became an honorary member of the ‘American Society of Painters in Watercolours’ soon after, partly based on the credit his philanthropy brought him.

William and his wife Charlotte upped sticks and moved to London in 1870, joining a large expatriate community there, and he became a welcome member of the ‘Royal Institute of Oil Painters’ in 1902.

The Royal Hibernian Academy displayed a number of his paintings between 1879 and 1907.

He passed away in Sussex, England in December, 1917.