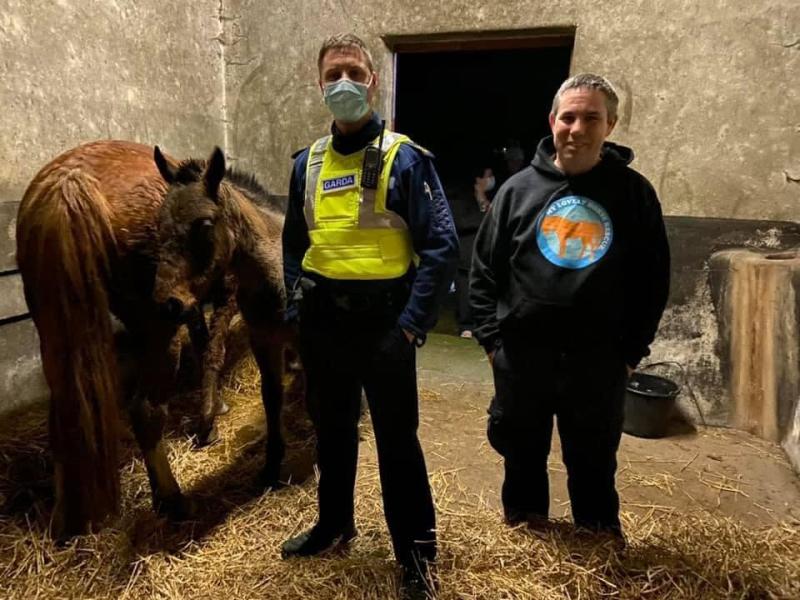 An investigation is underway into an incident in the city on Friday night when a mare and foal were running loose.

Fortunately no one was injured and volunteers from My Lovely Horse Rescue assisted the gardaí and the animals have been placed in foster homes.

A spokesperson for the rescue praised Kilkenny gardaí for their efforts in saving the mare and her yearling.

"Once again have shown true compassion for the animals of Kilkenny. on Friday MLHR volunteers assisted Kilkenny Gardaí when a mare and youngster where running around the main roads, scared and bewildered.
An Garda Síochána didn’t hesitate, they acted fast and saved motorists and the mare and yearling.
"We got them both to safety out of Kilkenny to an MLHR foster home. Neither animal was chipped and there were concerns over their condition. Both animals seized and  are now in good care."

Meanwhile 15 horses have been rescued by the charity, over safety and welfare concerns, in recent months through a multi-agency approach with the charity working alongside local gardaí and the local authority.