One All-Star for Kilkenny - TJ Reid picks up 2020 honour 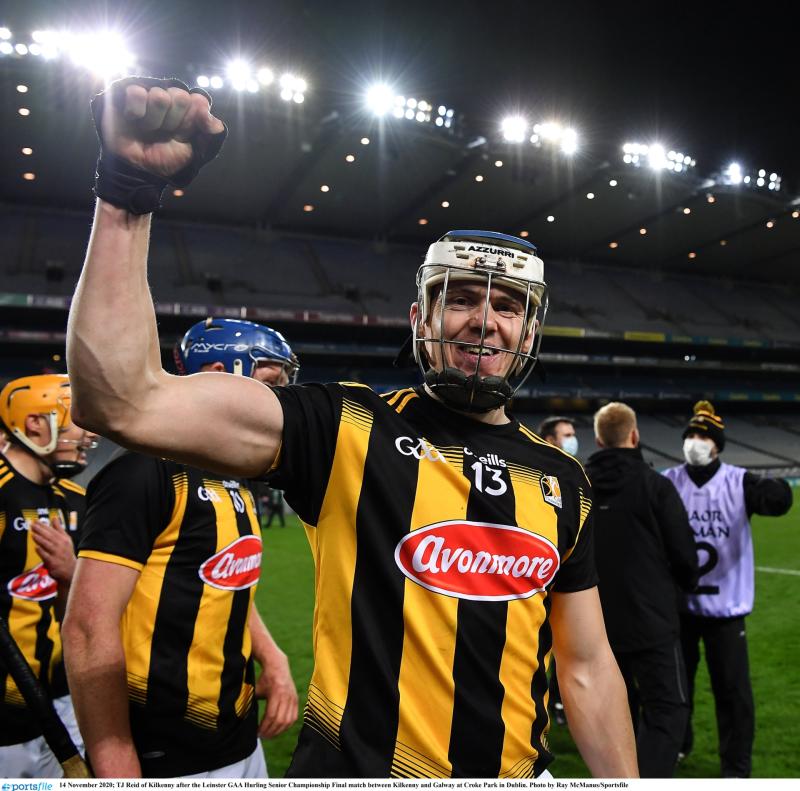 TJ Reid picked up his fifth All-Star on Saturday

A stellar season, in which he led Kilkenny with distinction, has earned TJ Reid an All-Star.

The Shamrocks (Ballyhale) man picked up his fifth All-Star when the GAA’s 2020 hurling team of the year was announced this evening. While Reid was the only Kilkenny player to make the grade, he was one of five Cats to be nominated - Padraig Walsh, Conor Delaney, Conor Browne and John Donnelly missed out.

The All-Star was a due reward for his efforts in leading Kilkenny to the All-Ireland semi-finals. Reid was Kilkenny’s top scorer in the pandemic-hit championships, racking up 3-34 through Leinster and the semi-final loss to Waterford.

He scored 1-10 in the Leinster semi-final against Dublin, then notched up that same tally again as the Cats beat Galway to win their 72nd provincial title and first since 2016. Victory gave Reid his ninth Leinster intercounty medal.

Reid led the way again in the All-Ireland semi-final, contributing a whopping 1-14, but an inspired second half performance saw Waterford stun their South-East rivals to earn a 2-27 to 2-23 win and a place in the final, where they fell to eventual champions Limerick.