LATEST: Man to appear in court this morning in connection with Dublin protest 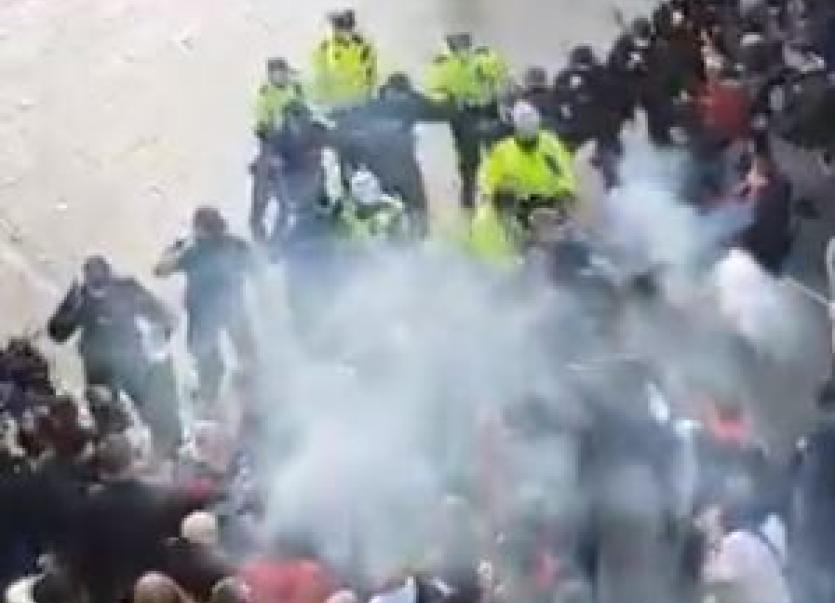 A man aged in his 30s arrested in connection with an alleged firework attack on gardaí at a violent protest in Dublin at the weekend will appear in court this morning.

Gardaí said the suspect was arrested yesterday and detained under Section 30 of the Offences Against the State Act at Irishtown Garda Station.

Under the legislation, he could be questioned for up to three days.

A Garda statement said this morning: "The man in his 30s arrested on Tuesday 02 March 2021 as part of this investigation is expected to appear before a sitting of Dublin District Court this morning, Wednesday 03 March 2021 charged in connection with the case.

"The investigation is ongoing."

Gardaí arrested 23 people and around half of those have already appeared before the courts charged with various offences relating to the disturbances on Saturday.

A number of gardaí were also injured during the event, including two who sustained broken ankles.