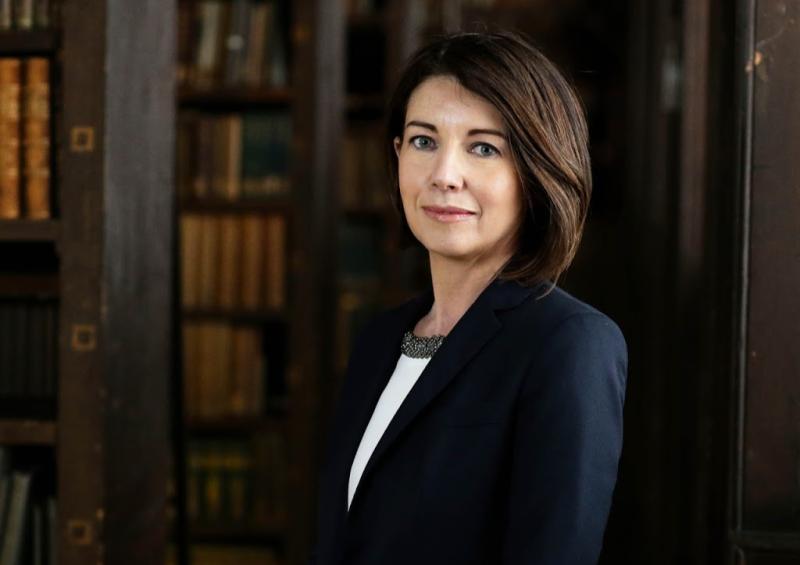 When the electorate of Trinity College Dublin cast their ballots for a new provost, this Saturday, one of the three candidates in the history-making election will be from Callan.
Professor Linda Hogan is Professor of Ecumenics, and she has also served as Trinity’s Vice-Provost/ Chief Academic Officer.

This election will make history for Trinity as all three candidates are female, so it will be the very first time a woman will be elected to the post of provost.
The Provost is the Chief Officer of the university responsible to the Board and ultimately to the State for the performance of the university.

Originally from Callan, Prof. Hogan is the daughter of the late Bea and Patsy Hogan of the Steppes Bar, and a former student of St. Brigid’s College, Callan.

A Fellow of Trinity College, Prof Hogan is an ethicist with extensive experience in research and teaching in pluralist and multi-religious contexts. Her primary research interests lie in the fields of inter-cultural and inter-religious ethics, social and political ethics, human rights and gender.

She studied at NUI Maynooth before moving to Trinity where she was awarded a PhD. Prof Hogan worked as a lecturer at the University of Chester and University of Leeds before joining the staff of Trinity College.

The electorate for provost is made up primarily of full-time members of Trinity academic staff.
Votes will be cast this Saturday, April 10, and will take place in two rounds. The name of the elected candidate will go to the Board for appointment on 21 April, and the new Provost will take up office on 1 August.

Ordinarily the election and count are conducted in a venue on campus with all members of the electorate eligible to attend.
Due to Covid-19 it has been decided to conduct the 2021 Provost Election by electronic means.

The winner of the election will be known by lunchtime on Saturday.

Prof. Hogan is one of three candidates, all of whom hold senior academic roles at the university and have come through the interview and nomination stages. The three candidates are all women, so for the first time in its 429-year history Trinity will be led by a female academic.

Interviews took place in January after which each successful candidate proceeded to the second stage and was asked to seek 12 nominations from the electorate.
The other two candidates are Professor Linda Doyle, Professor of Engineering and The Arts, who has previously held the role of Dean of Research, and Professor Jane Ohlmeyer, Erasmus Smith’s Professor of Modern History, who was Trinity’s first Vice-President for Global Relations.
Current Provost, Dr Patrick Prendergast, will complete his term of office on July 31 and the new Provost will take office on August 1. The new term of office runs for ten years to 2031.