Parviz found - pedalling away from the pandemic stress 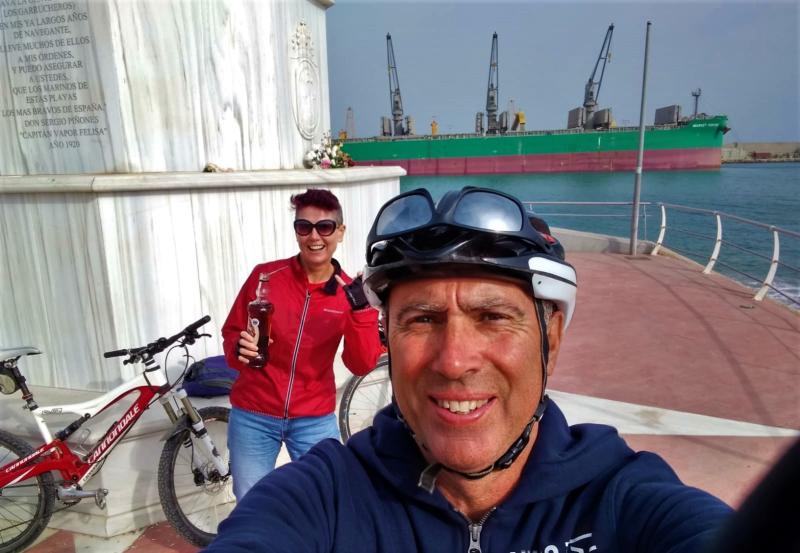 Cathy Hogan and her cycling friend Parviz hanging out in Garrucha, Almería

For me, 2021 started with: out with the old (boyfriend and his complicated Catalonian life) and back in with what was hard-won in 2019, namely: a self-funded life dedicated to writing in the South of Spain.
HOUSE-MOVES AND HOT HENS
When I first arrived in the province of Almería in October 2019 it took me a month to settle into life here, to secure a housemate and, eventually, find my illusive rhythm of writing from dawn till dusk, five days a week.
But, by that December, I had met a man based 600 kilometres further North. After several very expensive commutes, I made the move, both geographical and emotional, to Catalonia.
Thus, began a year of love, learning-curves and lockdowns, house-moves, heatwaves, and hens. Eventually the romance ran its course and I realised I had gathered the flotsam and jetsam of a life I had so recently left behind.
It was time to move on but, as Edith Piaf would say, ‘No, je ne regrette rein’.
A CYCLIST’S DREAM
Once I was back at my secure base last December, I set about ensuring that I would find a healthy balance between deskwork and exercise, and so I reached out to the local community for an occasional cycling buddy.
Up popped Parviz, an Iranian-born, British ex-pat (well, sort of – but more on that shortly).

For the past decade Parviz has spent summers in the UK and the rest of the year on this coast of Almería. It is no coincidence that we live just 70 kilometres North of the driest place in Europe, Cabo de Gata. 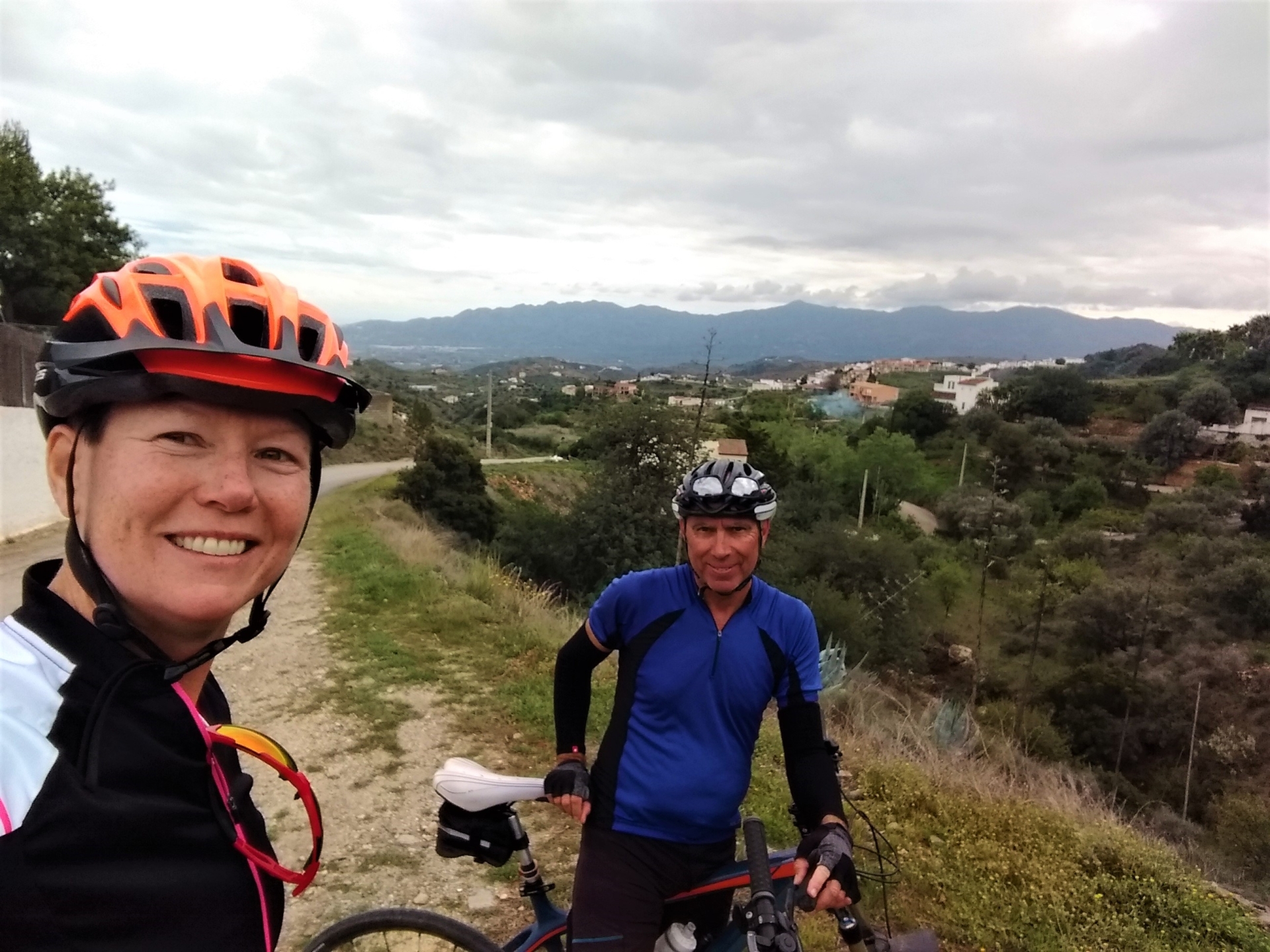 Fans of Spaghetti Westerns and Game of Thrones will be familiar with Tabernas, which is said to be the only true desert in Europe – that’s an hour’s drive from here. And this part of Andalusia has the added benefit of being packed with cyclists’ dream mountain to sea routes.
PEDALLING AWAY FROM THE PANDEMIC
And so began a three-day per week cycling friendship. We travelled as far as the regional lockdowns would allow, and my legs could manage (usually 70 kilometres a day), as we set about exploring coastal roads and mountain tracks.
We had picnics on deserted beaches, or tapas in a village bar, depending on that day’s restrictions. The weather was usually in the high 20s and sunny, and although I was often physically pushed to the max, mentally, I was in heaven.
Every pedal up a steep hill felt like a step away from all of the stresses that 2020 had dumped on the world.
ALL GOOD THINGS MUST COME TO AN END
But, to paraphrase Chaucer, all good things must come to an end. And this one did, due to Brexit.
For 10 years Parviz has enjoyed spending the bulk of his time and his savings in Spain but chose not to go through the bureaucratic and expensive process of applying for residency here. Which is the same reason I’m living in long-term limbo, unsure, as yet, if this is where I wish to settle.
In my defence, I came to this country with a one-way ticket 18 months ago, of which, 12 have been lived in a pandemic so, I’ll get around to deciding my future when life settles down in the next year. Or two…
ADIOS AMIGOS
So, adios amigos, to all our British former-European, ex-ex-pats who are making the mass exodus back to the UK after years, and in some cases decades, of living most of the year in Spain.
And to those of you who embraced the local culture, language, cuisine, and communities, and for whom Brexit has made you appreciate Europe all the more, I hope you manage to bite the bureaucratic bullet and that you return to live your best lives in España, or wherever your heart takes you.
I dedicate this poem to everyone who is young at heart: may you stay forever young!

With expensive bikes,
and extensive experience,
he’s pimping up
my hand-me-down.

Zooming around
mountain pathways,
being daredevils,
he’s teaching me wheelies.

I fall off – again,
posing as a pro.
Cool scars are on show,
but my pride will heal, slowly.

I should be studying,
Developing maturity.
Teacher always said,
I’ve no stickability.

For now, I’m enjoying
being young and free.
And proving to teacher
’Tis well she knew me.

So, I’ll go on having
the time of my life.
Till I grow up,
be someone’s trouble and strife.

Your place or mine
for poker night?
Vermouth or wine?
No, that doesn’t sound right.