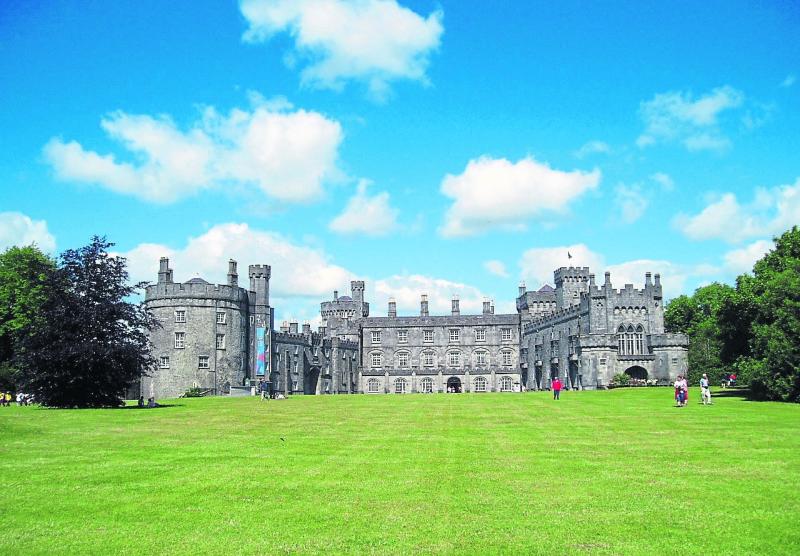 We meet him on our walks around the Castle Park. He’s low-sized, sallow complexion, wears glasses and he’s a good age.
What age exactly is difficult to tell because there’s a freshness about his features. I reckon he’s 80, if he’s a day. And there’s - not quite a twinkle - but a liveliness, a vitality in his eyes.
Sometimes we bump into him walking along but more often than not he’s sitting on a park bench, dipping into a little brown bag of something or other, sweets perhaps.
And always he is forthcoming with the cheerful greeting accompanied, more often than not, with a witticism of some sort or other. “I offered them 60,” he told us one day, “but they sold it for 50.”
We were perplexed until he pointed to the Castle itself and then the penny dropped - Kilkenny Castle, sold to the people of Kilkenny by Arthur Butler, the 24th Earl of Ormonde, back in 1967 for the nominal sum of 50 pounds.
For sure he knew his local history, As we were about to find out.

“Where was the Beggars’ Pit?” and he smiles at me with that knowing smile that says there’s no way you’ll know this (and he’s dead right)

It was on one of our walks that he engaged with us and pointed out the Julep tree, offering us a potted history of same.
At first we thought he’d said the Tulip Tree, which gave him a laugh, And then, only last week, we come upon him on his usual bench. We slowed down as we greeted him and quick as a flash he piped up: “A question.”
“Go for it,” I said. “What is the oldest standing building in Kilkenny?”
Oh, oh. I feel I should know the answer to this. I know I should know the answer to this but, no answer is forthcoming. “I give up.”
“St Canice’s tower,” he announces with a wee smile. I felt ignorant. It’s not nice not knowing things that you know you should know about your own city. If you know what I mean.
And then, just as we were about to part ways: “Maybe another question or two”, he says.
“On you go.”
“Where are Cromwell’s soldiers buried in Kilkenny?”
“Well,” I say, feeling a little (but only a little) knowledgeable about this, “I thought we in Kilkenny raised the white flag when Cromwell marched into town. I wasn’t aware of any killings not least on Cromwell’s side.”
“Oh, we killed them alright,” he smiles, “although I wasn’t there.”
That bit of wit again.
“I presume there are no headstones.” He laughed.
“Go on, tell me, where they’re buried.”
And he points to the hill of what I call the second field of the Castle Park.
“Up there,” he says, “that’s where they’re buried.”
“Never knew that,” I tell him. And now he’s on a run.
“Where was the Beggars’ Pit?” and he smiles at me with that knowing smile that says – there’s no way you’ll know this (and he’s dead right).
“The Beggars,” he informed us, “were forbidden by law from begging inside the city walls.”
“Never heard of that,” I confess.
“Give us a clue,” my wife says.
“It’s outside the city walls,” he smiles.
“That could be a lot of places,” I tell him. “It could,” he says with that knowing smile of his again.
“Go on, take me out of my misery,” I said. “It’s just outside Black Freren Gate, the last surviving gate of the old city walls, it was where the Black Abbey car park is.”
“The Beggars Pit,” I say aloud, “well for sure that’s a new one on me (and on many others, I imagine).”
And then just as are about to take our leave of him – “One last one, where was the original Market Cross located?”
I really think I know this.
“Down at the entrance to the Market Yard,” I tell him, “just across from the Market Cross Shopping Centre.”
He smiles. A sympathetic smile. “Fraid not.”
“Go on, educate me further,” I resignedly say.
“You know the Butter Slip?”
“I do.”
“Well it was just across from that, beside the Tholsel and in the middle of the road.”
“You’re some man,” I tell him as we make our goodbyes, me feeling a bit (a lot) cross with myself for flunking, with flying colours, his little quiz.
And then it crossed my mind to have a few questions for him when we meet again. Questions on crosses, of course, seeing as how we parted on a cross question and seeing as I was cross with myself.
So, here are my three cross questions for him (and you can have a think about these yourselves). Where in Kilkenny was Croker’s Cross, St Ledger’s Cross and Scald’s Crow Cross?