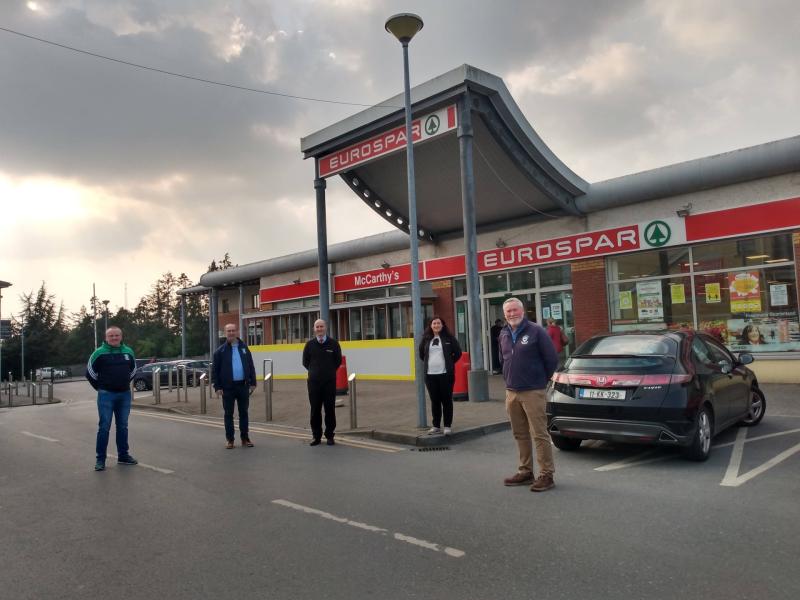 McCarthy’s Eurospar, Newpark Shopping Centre, have signed up as sponsor to the O’Loughlin Gaels juvenile teams

O’Loughlin Gaels GAA club have announced that McCarthy’s Eurospar, Newpark Shopping Centre, have signed up as sponsor to their juvenile teams.

The club’s near-neighbours have been actively involved with O’Loughlin Gaels for many seasons now, with their support vital in facilitating team activities.

To launch the partnership Miriam McCarthy, HR Manager at Newpark Eurospar, has set up a joint Loyalty Scheme that makes it easy to support O’Loughlin’s.

This is not just exclusive to club members. Anyone in the community can support the club by signing up to the loyalty scheme as an O’Loughlin Gaels backer. Register loyalty card numbers to info@eurosparkilkenny.ie or contact Miriam instore.
Existing card holders can do the same. All members will be able to pick up their loyalty cards from the club in the coming weeks.

The club thanked the McCarthys for their continued support and look forward to a long partnership.