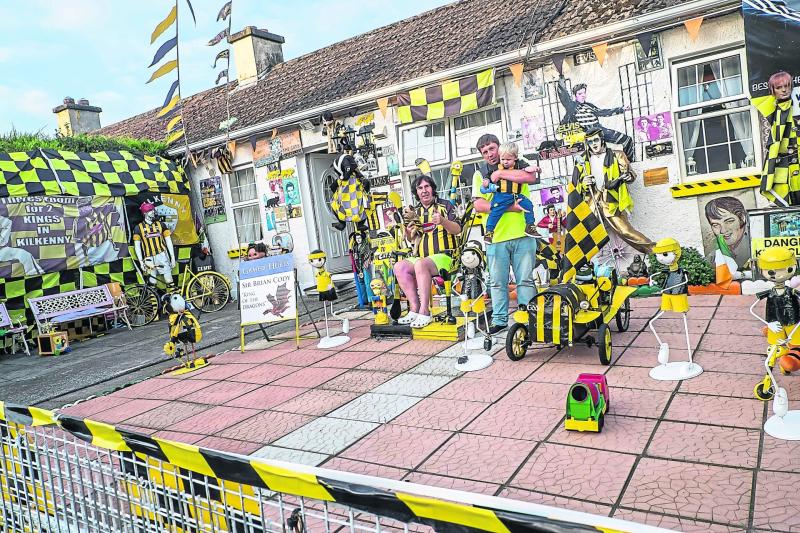 GAAGAABox, Bord Gáis Energy’s hugely popular series featuring the most passionate hurling fans across the country filmed in their front-rooms as they experience the agony and ecstasy of following their counties’ fortunes, is back for a second season in 2021.

A call is going out for the craziest, most committed supporters in the country to get involved with the chance of becoming the stars of the latest series.

GAAGAABox was launched last year and its hilarious five-episode run attracted over 2.5 million views as it proved to be a huge hit with fans who are truly #HurlingToTheCore. With hurling mad fans not able to attend games and support their counties for the second year in-a-row, GAAGAABox helps to capture the all dramatic highs and lows of watching the big games, living every puck of the sliotar.

Amongst the stars of GAAGAABox in 2020 were Limerick’s Twomey family, Harry and daughters Orla, Aisling and Cliodhna who cheered their team on to All-Ireland glory shortly before Christmas.

Are you more GAAGAA about your side than the Twomey’s, who kitted out their front room in green and white and pulled on their county colours for every game? If you think you are #HurlingToTheCore enough for GAAGAABox this season, then express your interest and email hello@gaagaabox.ie to find out more!

You can watch the side-splitting highlights of last year’s run of GAAGAABox below: https://youtu.be/ZYmRp8IULks