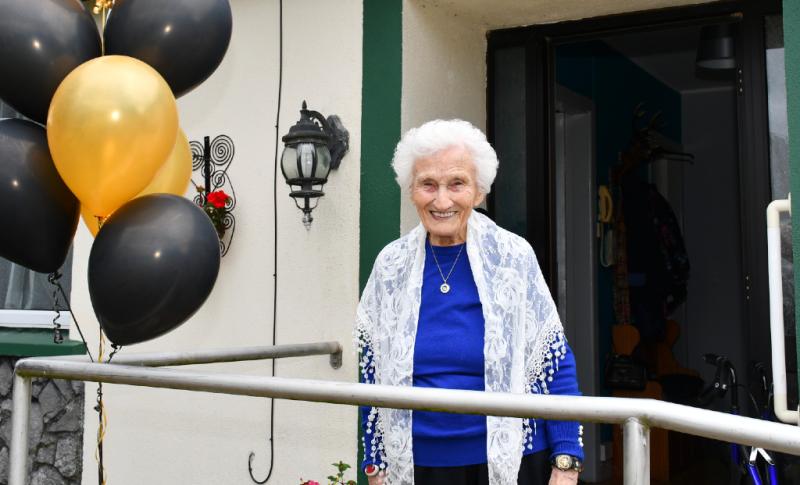 There was a fantastic atmosphere in Clogh, County Kilkenny, yesterday as much-beloved village resident Anna Mae Treacy celebrated her 100th birthday in style.

Anna Mae was in great spirits throughout, delighted to be photographed and wonderfully welcoming - such is her character at all times.

A small family celebration was held at the home and luckily the weather didn't dampen proceedings. 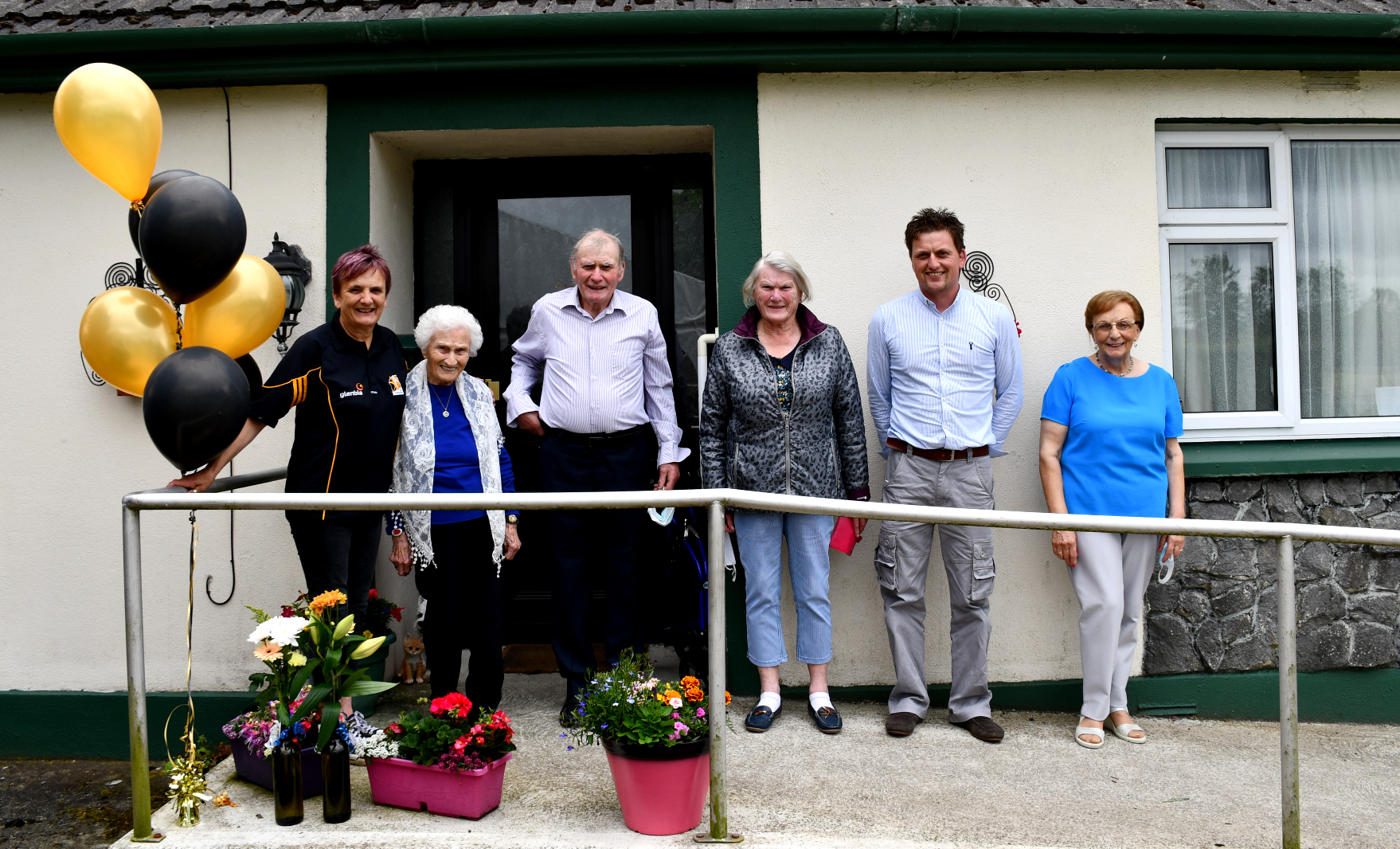 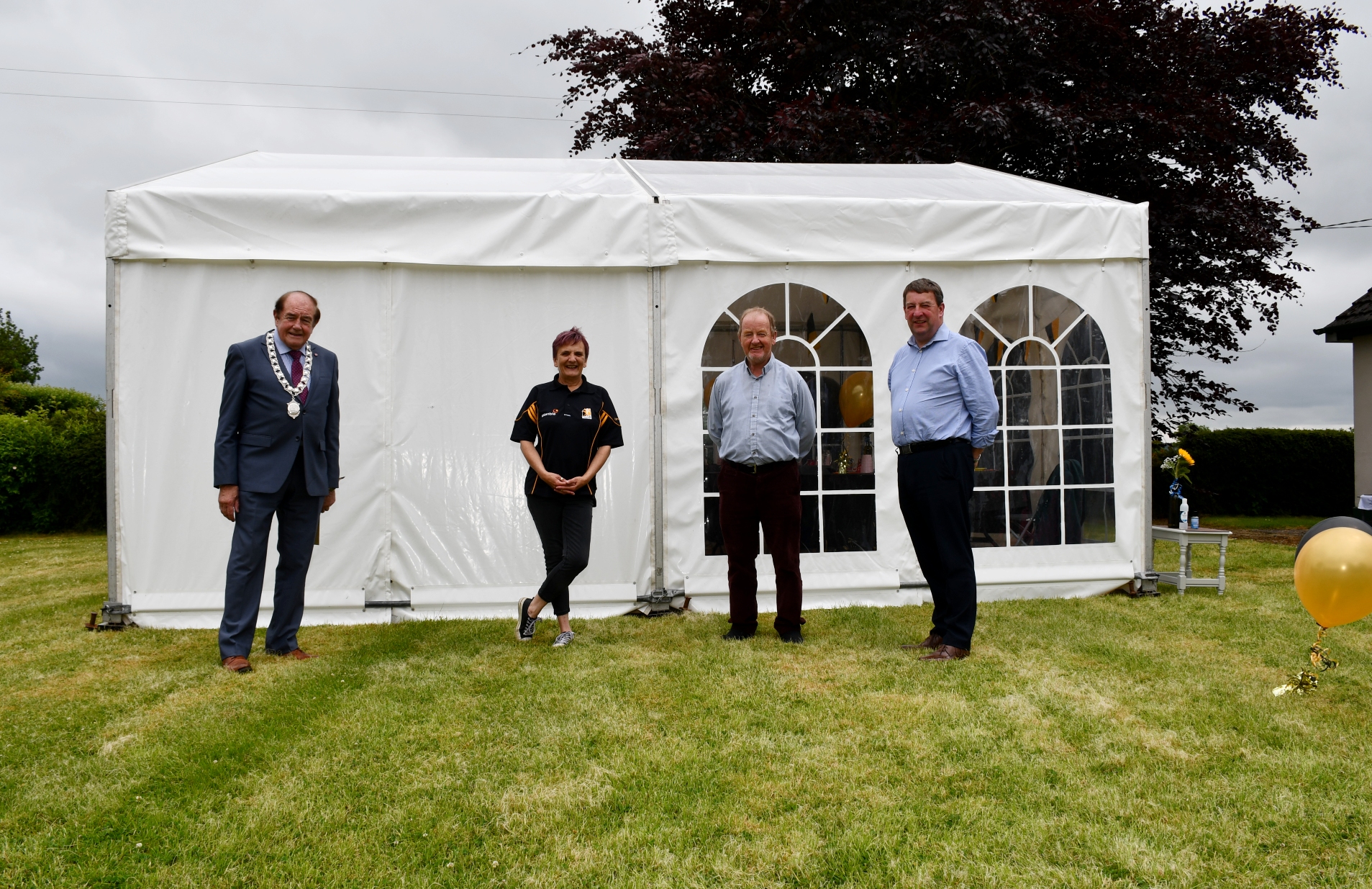 Daughter Máire played a lead role in organising the celebrations, with local councillor John Brennan ensuring that Anna Mae was honoured in an official capacity.

Still sharp as ever, Anna Mae is fond of a few humourous quips and loves to socialise and stay active.

"They used to call her roadrunner," jokes daughter Máire.

"Without fail every Sunday morning she'd be up walking the roads into the Church in Clogh for Mass and the feet would be almost spinning underneath her."

Anna Mae was joined by close friend Madge Brennan (99) for the celebrations, who is now looking forward to celebrating her own 100th birthday soon! 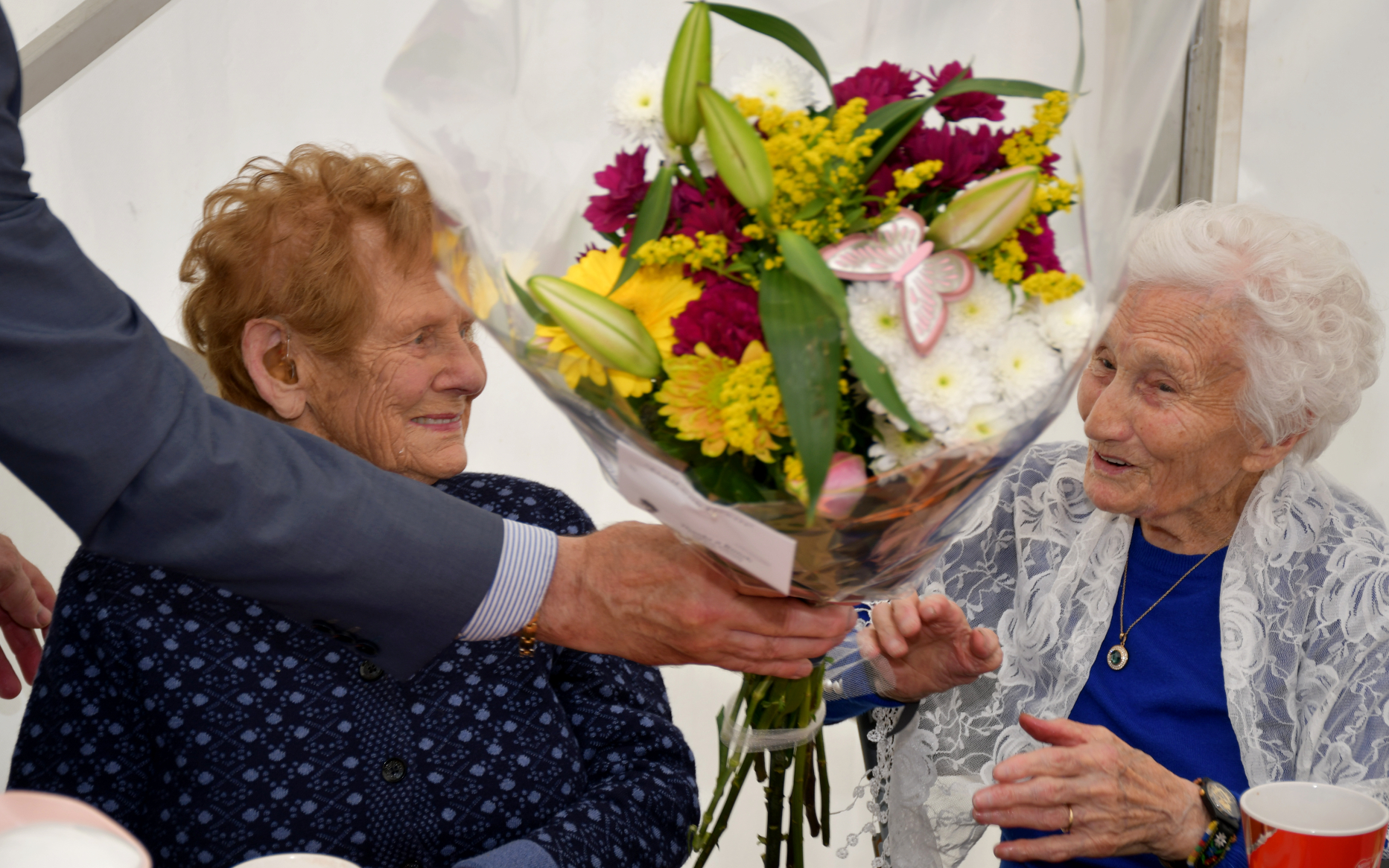 Best wishes to Anna Mae from all the team at Kilkenny People. 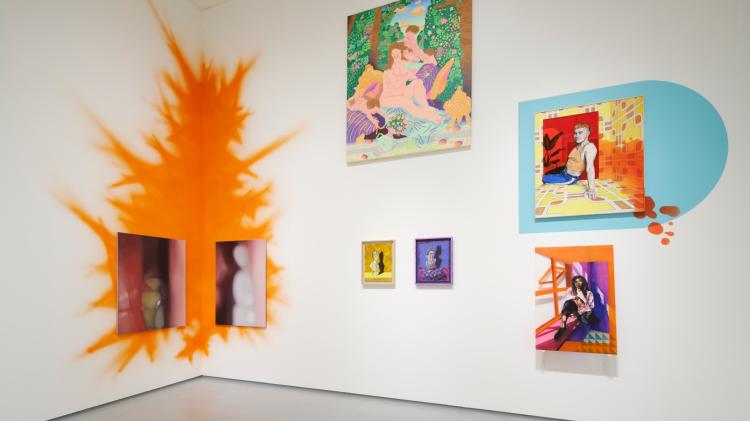 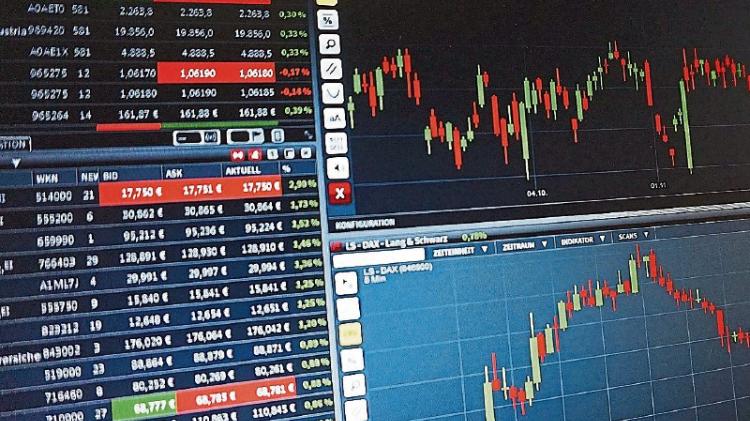