A family woman who will be remembered for generous soul, her friendship and her unwavering support 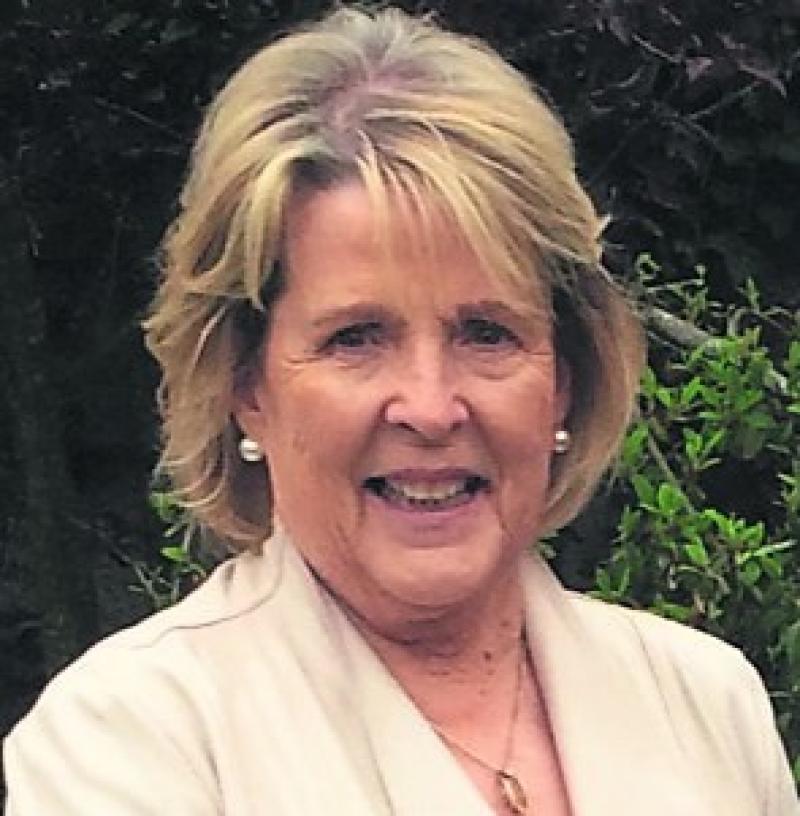 Bea O’Donovan, who passed away in April, was a remarkable woman who will be missed.

Bea O’Donovan passed away in her own home at Geraldine, Callan, in the presence of her loving family on Wednesday, April 7.
I oft times wonder why it is that when obituaries like this are written about the passing of a special person, that the platitudes of respect, love, esteem, contributions made, admiration, have sometimes been taken for granted, but seldom expressed with the same verbosity when that very special person was still walking among us. Bea O’Donovan was one of those very special people.

Her son Stewart spoke of his Mam from the altar at her Requiem Mass. It was so movingly eloquent, so poignant, so much his Mother, so very much reflective of who Bea O’Donovan was.

Her cortege was flanked by the many elements of what Bea was about in her very full life, as it made its way from the home she shared with her VBF, Tom of 54 years. Their home had Callan Golf Club as a backdrop since the family moved from Prologue to its present site via their bar on Mill Street.

As it slowly progressed from their home, it was flanked by some former Lady Captains of Callan Club. Subsequent organisations like the John Lockes GAA Club, the Callan Variety Club, Ballylarkin Relay for Life Team, joined at staggered intervals until the cortege reached the church grounds.

The streets too were lined by a very impressive number of people, who were determined to show their regard, and sympathy for a woman who was truly a Callan native to her fingertips.

Bea, a daughter of the late Kitty and Danny Roche, a sister to Mary Walsh (Cotterstown), Pat Anderson (Freshford), to brother Eric Roche (Skeaugh) and Martin (RIP), was born in Prologue in 1945.

She schooled in the Convent Primary school before progressing to St Brigid’s College. It was there she honed her skills as a super camogie player, culminating in playing with St Brigid’s in the Leinster Colleges Camogie final of 1961 on the hallowed turf of Croke Park.

When hurling was the topic at the dinner table, in Prologue, all debate finished when her Dad, who played in Croker with Kilkenny in 1931, finished the debate with the question, “how many people here played in Croke Park?”
End of discussion!

Bea trained as a hairdresser, but employment for young talented Irish workers was a depressing vista, with employment at an all-time high.

Like thousands of other young people, Bea took the boat to London. The year was 1965. She left behind her beloved Callan, her heartbroken parents, and her boyhood soul mate Tom.

This is where the narrative starts to differ. Often, I heard Bea talking about Tom following her to London and begging her to marry him.

Tom would have a different twist on that. Many Saturday night was spent playing a simple game of poker with Kitty and I, Joe O’Dwyer and his wife Bernie and Danny McCarthy, when Bea would bluff Tom. He would often fire the barb “I should have left you in London”.

But that was Bea and Tom. It was difficult to say the name Bea without adding the name Tom. If ever a couple were destined to be a single entity, Bea Roche and Tom Donovan were tailor made to fulfil the role.

Their respective personalities complemented each other. Bea was a superb humanist, popular, decisive, with a quirky sense of humour. She was very loyal, and extremely visible whenever a cause, a need, a function was on the menu.

She had a tremendous pride in her home place. If it was needed, and Callan needed, Bea was forefront in the demand. She and Tom were very much involved in the movement of the John Lockes Club from the commonage that served the town known as the Fair Green, to their movement to their present site.

It took courage, and a lot of hard work to make that transition - a transition that was not universally popular given the financial burden - but, undaunted, Tom and Bea and many more joined ranks to provide the club with a brand new home at a cost that was initially frightening. When the question of fundraising was on the menu, and some were rather reticent, Bea’s mantra was “it is better to fail trying than not to try at all” - a pragmatic woman.

Golf was a close run second to her love for her John Lockes club. She joined the developing Callan golf club in 1976 with her friend, Margaret Duggan. As with the Lockes, Bea was fastidious in her devotion to the golf club, which was making enormous strides in its ambitions to furnish an 18-hole facility that the membership could be justifiably proud.

Being of a very determined competitive disposition, it didn’t take the former camogie colleges star long to propel her handicap towards the single figure mark. She was selected as Captain of the Ladies Club in 1984. And subsequently her dedication and prowess on and off the fairways encouraged the very vibrant Ladies Committee to request that she become their President, an honour she accepted and treasured.

As in most things Bea applied herself with a willingness, and pride to the prerequisites incumbent in the lofty demands of a good President.

Bea led the Ladies team to some memorable occasions. She partnered her husband in many club and interclub outings. As Stewart said, in his obsequies, “the only time their love for each other was compromised was when they were paired together in golf. Mam was never shy in telling Dad that if he concentrated on his own game as much as he was concentrating on her game, that he would be unbeatable, and those were normally the only occasions when she would use colourful language”.
Having married Tom in 1967 they started their lovely family with Gina, followed by Stewart, Nigel and Olivia. Bea started her own hairdressing business. Needs will what needs must.

She made an art form of looking after her children, husband and doing her housewives chores and still keeping all the balls in the air. She certainly qualified for an Honours Degree in that department! A brilliant cook, who embraced her Mother’s methods of measuring ingredients in sups, bits and pinches.

Bea’s selflessness was unconditional. She always placed herself below the needs of others. Her family, of course, were atop the podium in the number one slot. She never compromised in her determination to provide the best she could ‘for the lads’.

Even in the depths of her illness, after all the diagnoses and psychological challenges had been addressed and accepted, Bea never stopped being concerned about the needs and dispositions of the family that herself and Tom had reared in the full knowledge that her time on this Earth was measured.

Gina, Stewart, Nigel and Olivia will miss their Mam. She was their bedrock. They were her first thought in the morning, and her last thought before she closed an eye.

Bea was a woman of very strong beliefs who never deviated or compromised her Faith. She instilled in her children from their earliest days an awareness, and a belief, that she hoped they would hold on to.

Bea was a typical Irish Granny and great-granny. She embraced every one of them, spreading her love equally amongst them all. Some lived close to herself and Tom, others not so. Whether it was Katie, Charlie, Chloe, Ollie, Beth, Faye, Leah, Tom or great-grandson Louis, every one of them had a piece of her heart. She took them with her to the Heavens above.

Bea will be missed by her siblings Eric, Mary and Pat, her brothers-in-law, her daughters-in-law Michelle and Mags, sons-in-law Aidan and Joe, her relatives and an enormous number of loyal friends. Her contribution was beyond criticism. She will be remembered for many things; her generous soul, her loyalty, her attention to detail, her unqualified friendship, her unwavering support.

But when the door is closed and the light is switched off, her soulmate Tom will miss her constant presence and influence, a solemn presence and love that was consecrated over 54 years ago in the eyes of a Creator that they both held precious throughout their lives together. I know Tom’s heart will be broken, but I also know that as sure as day follows night that Bea will be in his thoughts, in his mind, in his every decision until they are reunited.

Her Requiem was celebrated by Fr Willie Dalton, Parish Priest, on Friday, April 10. She was buried in the family plot in Kilbride with her own Mam and Dad and her sister-in-law Frances.

May she rest in the arms of her Creator, and may her passing be a Blessing.
- BH