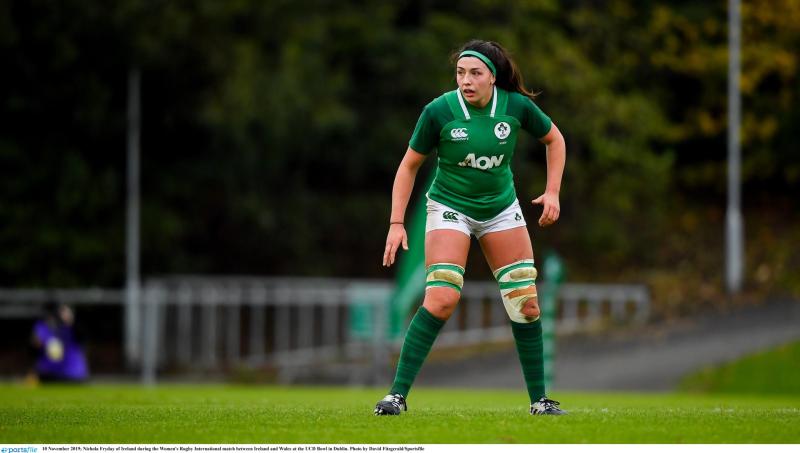 10 November 2019; Nichola Fryday of Ireland during the Women's Rugby International match between Ireland and Wales at the UCD Bowl in Dublin. Photo by David Fitzgerald/Sportsfile

Kilkenny College past pupil Nichola Fryday was in action at the weekend as Ireland opened their Six Nations Women’s campaign.

Partnering Aoife McDermott in the second row, Fryday won her 16th cap. She was part of a pack that totally dominated their Welsh opponents, and won the game holding them scoreless.

The Irish front five was on top right from the off, roaring into a two-try lead after 10 minutes. They went into the break a comfortable 31-0 up.

Fryday was replaced close to the hour mark by Brittany Hogan after a very tidy performance. The final score in the match was 45-0.

The versatile and hardworking Fryday was later picked in Maggie Alphonsi’s Team of the Week from Round two of the women’s Six Nations.