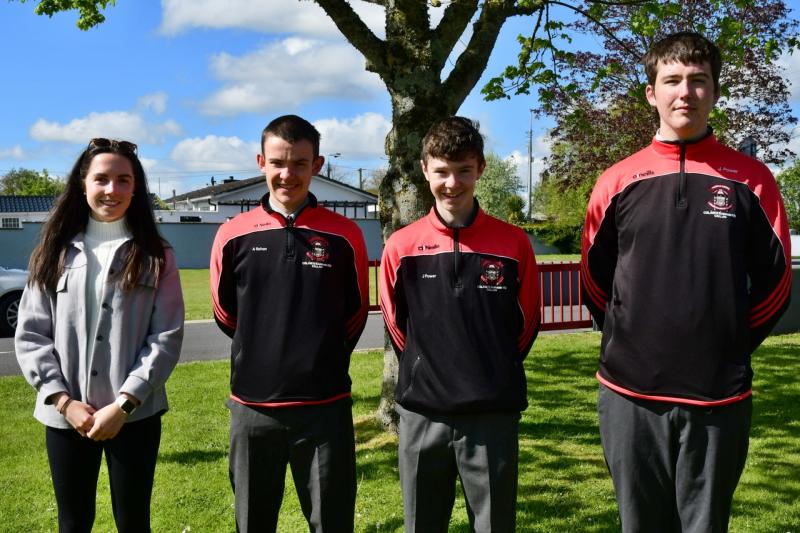 Three students from Coláiste Éaman Rís in Callan are blendling home and school life as they take part in the Certified Irish Angus Schools Competition.
Jim Power, Anton Rohan and Jer Power were Transition Year students, this year, when they entered the national schools competition.

Run by the Certified Irish Angus Producer Group, with partners ABP Ireland and Kepak Group, the competition aims to promote the Certified Irish Angus brand while educating secondary school students about the care and attention required to produce quality beef for consumers.
Initial stages of the competition saw the Callan team make their own video about genetics. Then it was on to the interview stage, Jim told the Kilkenny People.

If the team is successful at this stage the challenge will step up and the lads will be taking home to their farms five Irish Angus calves.
Jim explained that they will have to rear the animals over 18 months in the next stage of the competition, while completing a research project.

All three students are from a farming background and, Jim said, they would love to win the calves to be able to say there is a small part of the farm that is theirs.
Jer said they will have to consider practical issues, like not moving the animals between the farms, because of disease considerations.

Another attraction of the competition is that the winners will also benefit from the proceeds raised through the sale of the animals at the end of the competition.
The overall winners also receive a bursary towards further education.

Anton said that they are learning about genetics as part of this competition - the transmission of qualities and characteristics from parents to offspring.
“If you breed from a good bull to a good cow you’ll get good calves,” Jim said. He said they would be looking for more weight, strong legs, and heifers that will produce more milk.

What they are learning through the competition is backing up the knowledge they use at home on the farm, Jim said.
It’s also part of their school curriculum, and the boys are supported in the competition by their science teacher, Ms McCormack.