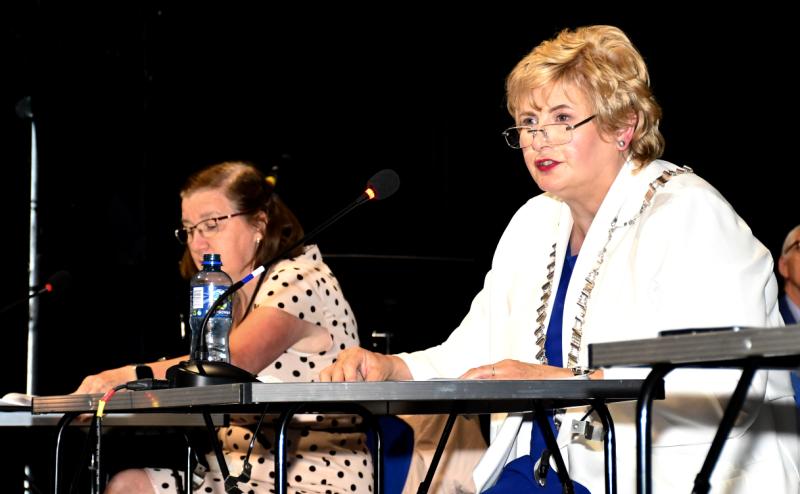 A grouping representing the South East First Citizens’ Forum met has met Minister for Transport and Minister for the Environment​, Climate and Communications Eamon Ryan to discuss a number of key issues for the region.

Up for discussion were key infrastructural needs for the region including the development of the N24 from Waterford to Limerick, optimising the economic and renewable energy opportunities from Rosslare and Waterford ports, and growing the network of South-East greenways for the benefit of locals and visitors alike. In a full and frank discussion, the group impressed the importance of these three key areas for the future economic and sustainable development of the South-East.

The Forum brings together the First Citizens from Carlow, Kilkenny, Tipperary, Waterford and Wexford with the key goal of addressing the structural challenges faced by the South East. The five First Citizens in the Region that were also present at the meeting were: Cllr Fintan Phelan, Carlow; Cllr Fidelis Doherty, Kilkenny; Cllr Michael Smith, Tipperary; Cllr Damien Geoghegan, Waterford; and Cllr Ger Carthy, Wexford.

Speaking on behalf of the people of Kilkenny City and County, Cathaoirleach of Kilkenny County Council, Cllr. Fidelis Doherty said: “As a member of the South East First Citizens Forum representing the people of Kilkenny, I welcome this opportunity to discuss the key priorities for the future infrastructural development of the South-East with Minister Eamon Ryan. The delivery of projects like the upgrading of the N24, investment in the South-East Ports of Rosslare and Belview and the expansion of the South East Greenways is essential as these are major pieces of infrastructure for future job creation, improved connectivity and economic develop of the region.”

TD Marc Ó Cathasaigh, who was present at the meeting, said he was pleased to be able to facilitate the attendance of Minister Ryan, and had briefed him on the issues that would be arising.

"The First Citizens’ Forum is a very welcome initiative in terms of co-ordinating and mobilising political support on a regional basis in the South-East," he said.

"For too long, we have been pulling against one another – increasingly now we see the region pulling together to the benefit of all. I found the meeting informative and constructive and will be pressing the minister on a number of the questions raised."