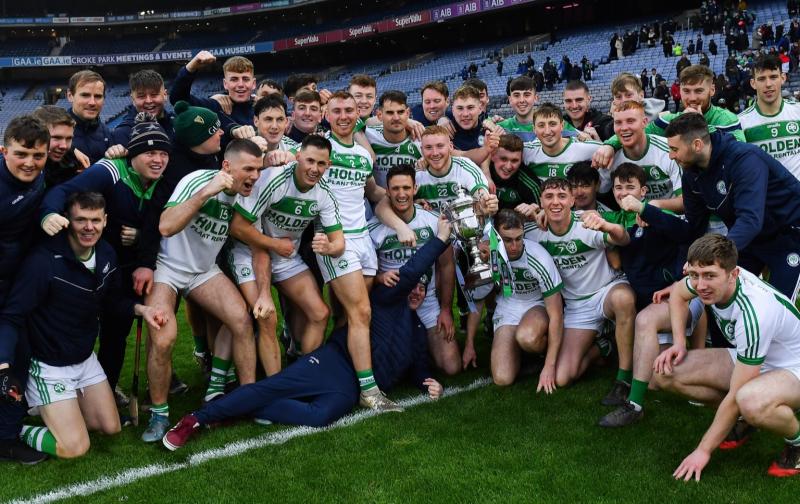 Shamrocks of Ballyhale were in devastating mood as they hit Clough-Ballacolla for six goals in this afternoon's Leinster Senior Club Championship Final at Croke Park.

The Kilkenny side scored three goals in each half as they dismantled their opposition and in the process completed a three in a row of Leinster titles as well as an 11th crown in total.

Clough-Ballacolla were appearing in their first ever Leinster decider and a couple of mistakes in defence were pounced upon by a back to form Shamrocks outfit who seem to come alive as soon as they hit GAA HQ.

The defending All-Ireland champions were coming into the game on the back of a fortunate victory over St.Rynagh's of Offaly last weekend and they were fully intent on making sure of the result here with Eoin Cody netting within three minutes.

Clough-Ballacolla got back to within a point at the first water break but two goals in four minutes from Colin Fennelly enabled Shamrocks to go into half-time with a ten point lead (3-11 to 0-10).

Shamrocks got two more goals in the third quarter with Adrian Mullen and Brian Cody both shooting past Cathal Dunne in the Clough-Ballacolla goal as they eased clear.

Eoin Reid came on for his brother TJ and he too got in on the goalscoring act with a lovely flicked finish late on while Eoin Cody took on the freescoring exploits in the absence of TJ as he finished with 1-6.

James O'Connor's team will now go forward to the All-Ireland semi-finals in the new year but in this mood they will take some stopping in their quest for another All-Ireland crown.