Benny O'Regan and Jack Hyland to take on international competition in a new, growing sport 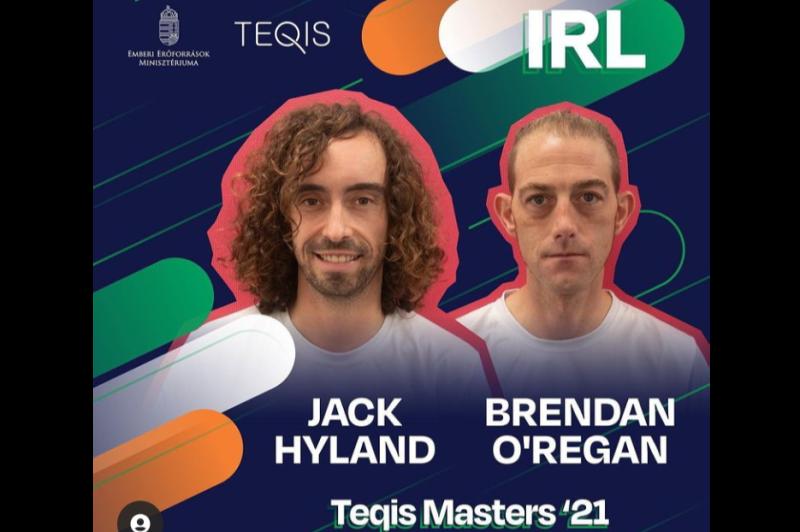 All set for the championships in Budapest

Two Kilkenny men will be representing Ireland at an international competition in an emerging new sport in December.

Benny O' Regan and Jack Hyland will be wearing the green jersey at the TEQ arena in Hungary. They head to Budapest next Wednesday to compete in the one-day Teqis Masters 2021 tournament on Saturday, December 4, with opposition from six other international teams.

Teqis is a new racquet sport based on tennis, mixed with patterns of volleyball gameplay but played on the specially curved TEQ table. The tournament is a doubles event, with himself and Hyland partnering up to take on the competition.

In the game, not only strength and speed counts, but also creativity in solving each action. Due to the rules, players have several variants of playing the ball, and many elements to determine the success of the action.

The special rules, the court and the scoring system make Teqis so unique. Each game is best of three sets, with each set up to eight points. Teqis can be played on any surface, using beach tennis bats and balls, along with a court measuring 12.8 meters long and 8.23 meters wide - the same size as the service boxes on a tennis court.

The game was virtually unheard of in Kilkenny until the first pandemic lockdown, when O'Regan and like-minded friends were looking for a way to stay active while complying with social distance guidelines. O' Regan is well known in volleyball circles and is the founder and coach of Kilkenny Spartans Volleyball Club.

He found a way to mix his passion for volleyball and his years of experience with tennis into one sport. He describes it as an easy game to learn for both adults and children, and after a few minutes of practice is as enjoyable for beginners as it is for experienced players. He's also encouraging others to get involved, with people invited to attend on Thursdays at 7pm at the Watershed.

"I would like to see more people, not only in Kilkenny but beyond also, get themselves involved with Teq sports", explains O' Regan.

"Our group will continue to promote the game through our weekly activities by any means necessary so anyone that wishes to get involved, they can find our content on our social media Instagram and Facebook pages (@teqsportskilkenny), or just pop down for a game in The Watershed or the council tennis court."

Footage or a stream of the competition is expected to be available on social media on December 4.

Check out the guys playing here.