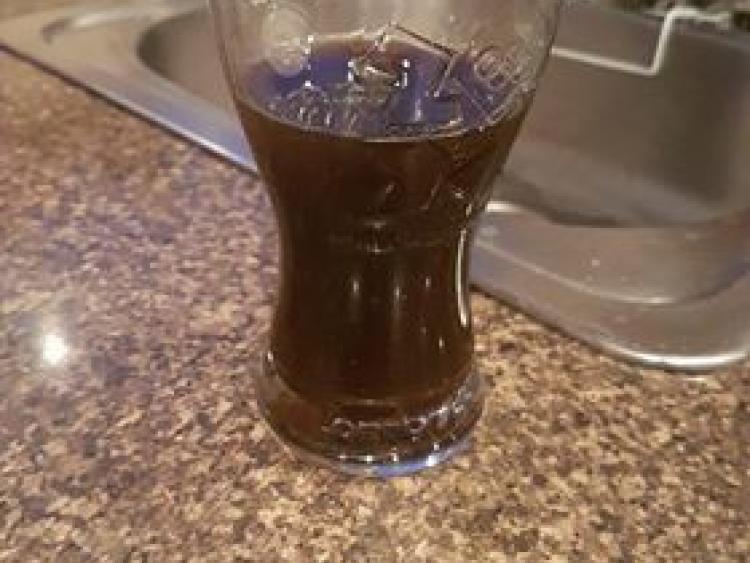 A picture of the water in Clogh recently

Residents in north Kilkenny have expressed concerns over their tapwater which on some occasions has looked like Coca Cola.

One local resident, who did not wish to be named, said: “Wednesday night (May 23) I went to the tap and literally it was as if it was Coca Cola coming out of it. The water was still brown until Saturday. We couldn’t even shower up to Friday, it was shocking.”

Cllr Pat Fitzpatrick said: “The condition of the water is shocking. There is no excuse for the failure on the part of Irish Water to deal with this serious situation.

“The people affected in Clogh and Moneenroe expect to have clean water the same as everyone else.” Cllr John Brennan also recently highlighted the issue.

The problem has to do with an historic build-up of manganese in the pipes. Irish Water has confirmed to the local authority that the water utility has ice-pigging works planned to commence in the third quarter of this year.

Residents in the City and in the Clogh, Moneenroe, Castlecomer area have been asked by IW to conserve water for the foreseeable future due to increased demand, ageing infrastructure and reducing water levels in the system.