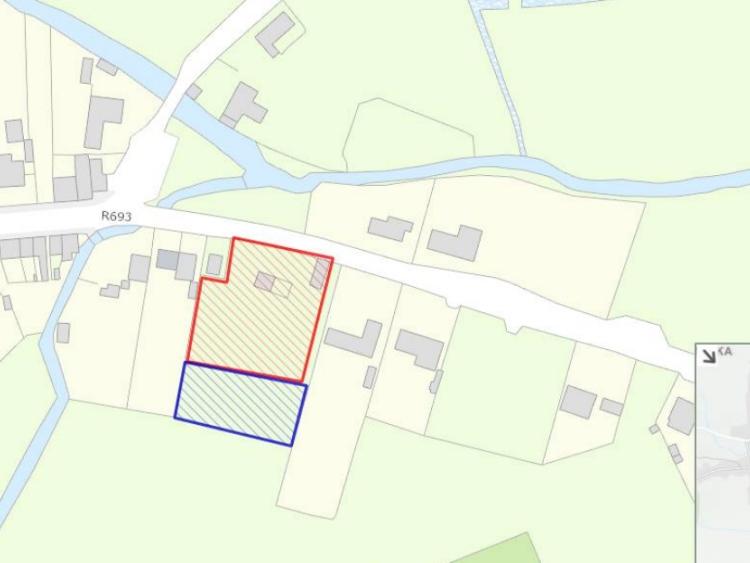 A map of the site of the proposed development

A county council plan to provide housing, a community playground and a second road access to the local GAA club is being developed for Freshford.

Director of Services Mary Mulholland told a meeting of Kilkenny County Council, that the council was drawing up a plan that would achieve all the objectives of the council, GAA and community.

Housing is needed in the area. The meeting was told that the council housing list currently has 29 ‘first preferences’ for Freshford and the town comes under the ‘all preferences’ option for 25 more on the list.

It is proposed to include five houses in this development: three two-bed, two-story houses and two two-bed, single story houses that would be suitable for people with disabilities.

The need for a children’s playground in the area has been established with the formation of a local playground committee.
The site for the proposed development is on the left coming from Kilkenny and adjacent to the GAA pitch. The land is owned by Kilkenny County Council and the GAA Club. Part of the site was, in the past, used by the GAA club for overflow parking.

Cllr Michael McCarthy welcomed the development and said he looked forward to it progressing.

Cllr Mary Hilda Cavanagh said she welcomed the playground plans, saying she doesn’t like estates that have nowhere for children to play.

A full information day for the local community would be a good idea, Cllr Maurice Shortall suggested, and it was confirmed by Ms Mulholland that this will be held in the future as part of the Part 8 planning process.
“It’s paramount we deliver a playground for the people of Freshford,” Cllr Pat Fitzpatrick agreed. The development will be for the benefit of everybody.

Cllr Pat Millea pointed out that the playground must cater for more than just the area it is located. “Freshford is small but it’s not that small,” he pointed out. This will satisfy the need of Freshford and the environs.
The plan has not yet been finalised. Discussions are ongoing between the council and GAA club on the final details of the proposed development.

Ms Mulholland said part of the land is in the ownership of the GAA, which is proposing the plan include vehicular access to the grounds.

The council’s objectives, she said, are to maximise safety and get the best use from the land, and a primary objective is to develop a playground for Freshford and the council also want to achieve housing where they can.