A boost for North Kilkenny 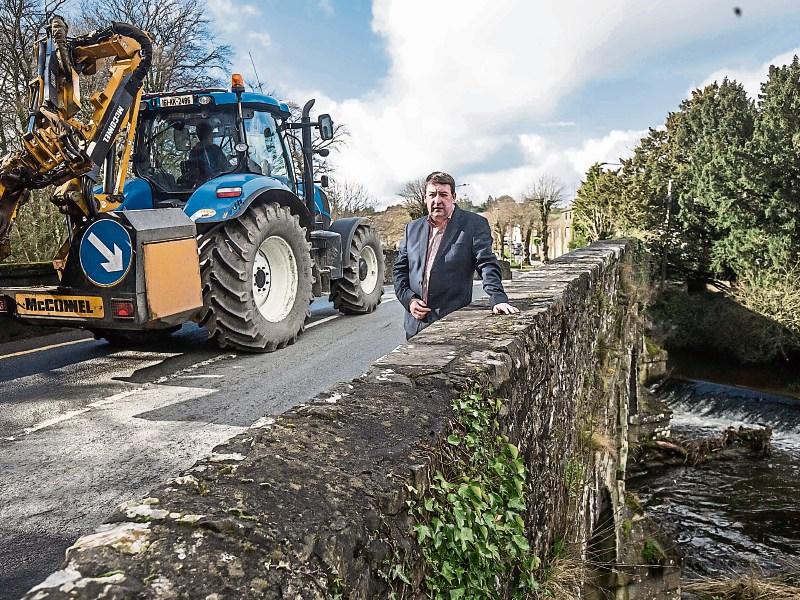 Cllr Pat Fitzpatrick on the existing bridge as a tractor passes back in 2017, when his notice of motion was passed. Photo: Pat Moore

The new pedestrian bridge will be officially opened in Castlecomer later today.

Council chair Fidelis Doherty and Chair of the Castlecomer Municipal District Pat Fitzpatrick, who brought a notice of motion in 2017 calling for the bridge, will perform the ribbon cutting. The bridge surface, where people will be walking, will be 2.5m in width and will be lit by LEDs set into the handrail.

There will also be targeted lighting of the niches on the old bridge via spotlights from the new one. The lighting has to be targeted as it can't overspill onto the river as it acts as a foraging route for bats.

Deterrent surfacing will be installed across the old bridge footpath. This will also act as a rubbing strip so vehicles don’t get too close to the walls of the existing big bridge.

The new facility will act as a pedestrian link from the town to the Discovery Park.