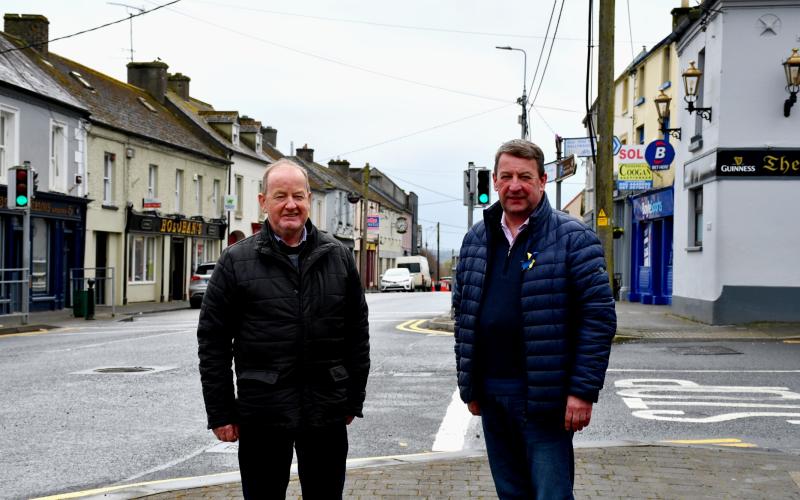 Irish Water have made a ‘promising’ response to two local councillors who recently highlighted water infrastructure deficiencies in North Kilkenny.

The company have confirmed that they have ‘commenced a project to develop a new groundwater supply to address deficits with the Castlecomer Water Supply Scheme’.

Cllr Pat Fitzpatrick and Cllr John Brennan previously flagged the lack of a long-term water infrastructure plan in the area, the inability for prospective homeowners to attain planning permission and leaking asbestos pipes as key concerns in the area.

They also previously called on Irish Water to appear before the elected members of Castlecomer Municipal District to take onboard these concerns.

The project will proceed on a phased basis, with the main stages including hydrogeological assessment, well drilling and construction of new infrastructure including treatment facilities, and pipelines.

Timelines for the project will be dependent on successful progress with issues including land acquisition, planning approvals and other legal consents, such as wayleaves.

Phase 1, the hydrogeological assessment is due to commence later in 2022.

Cllr Fitzpatrick and Cllr Brennan have welcomed the development and are now urging Irish Water to stay committed to the plans.

“At present, we have been given an idea of when Phase 1 will commence but this will only be the first stage in a multi-phase project and it would be nice to have an idea on timelines, even estimations, for the delivery of proper infrastructure.”

Cllr Pat Fitzpatrick has also made calls for up-to-date progress reports on the Paulstown and Gowran water schemes.

“It’s important that Irish Water remain engaged with the elected members of the district from this point on,” he added.

Both councillors acknowledged too that Irish Water have completed some much-needed work in the region in recent times, including infrastructure allowing houses to be built in Donaguile, and wanted to make that clear.

“But this work just didn’t go far enough or have the foresight that these newly proposed plans from Irish Water have,” added Cllr Fitzpatrick.

Irish Water further noted that consultation with the South-East region as part of the national water resources plan will take place in December.