A keen gardener and a great character for stories 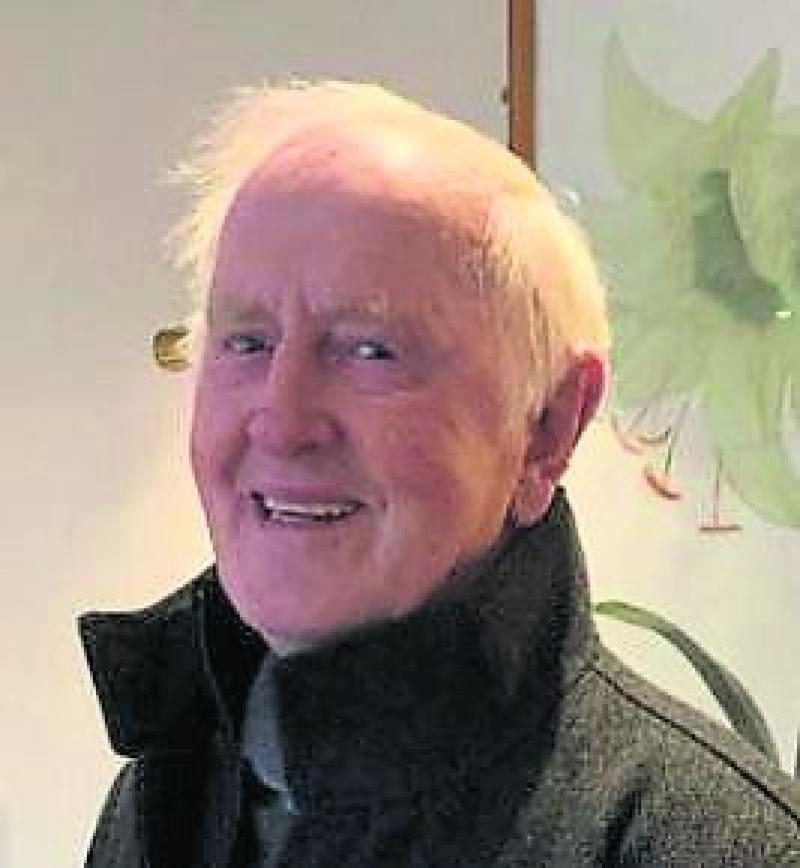 With the death of Michael Phelan the Bennettsbridge community has lost one of its well known characters.

Mr Phelan died on May 29, in the wonderful care of the staff at University Hospital, Waterford.
Better known as Mick to his friends, he was always there to lend a hand to neighbours and loved the chat and banter. He had reached the great age of 87 and was out and about until recently.

Mick was born in Danesfort in 1934 to John and Bridget Phelan. His early working life was spent in Dublin, where he was employed for some years in the Paper Factory.

On his return to Kilkenny he worked in Mahon and McPhillips and with Kilkenny County Council. He spent the last 15 years of his working life as janitor in Bennettsbridge Mixed School, where he was a valued employee.

Mick moved with his wife Peggy and family to the new houses in Woodlawn in the early 1970s.
He was a keen gardener and many heads of lettuce and new potatoes found their way into neighbours and friends houses. In the same way slips of his roses were widely distributed and these will live on in gardens all over Bennettsbridge.

A great man for the stories, he liked nothing better than a chat as he worked in the many gardens in the area.
His family was all important and he was proud of all his children. In later years his care of his wife Peggy became his main purpose, one which he carried out in an exemplary fashion.

He was an all-round community man, supporting all parish activities. He worked tirelessly for Tidy towns in the 1980s and 1990s.
Given his proximity to the hurling field and his sporting background, it was inevitable that he would be roped in for various sporting events.

The go-to man
Former chairman of the Bennettsbridge GAA Club, Eamonn Hanrahan, was loud in his praise of Mick, ‘his go-to person’, when he needed anything done.
Mick was a versatile hurler and his many sporting achievements included a minor hurling championship with Dicksboro and junior and senior championships with Bennettsbridge (won under the Three Parish rule).

During his time in Dublin he played with Moon Dearg, winning intermediate championship honours.
He was also associated with sport in a coaching capacity with Danesfort. They won the North Junior championship in 1986.

Mick was also involved in the St Mary’s seven-a-side hurling tournament, winning several titles throughout the 1950s and 1960s.

Following Mick’s passing, the funeral was met by a guard of honour formed by Bennettsbridge GAA Club, friends and former work colleagues and neighbours. The wicker coffin was draped in the Danesfort and Bennettsbridge colours.

The remains were received in St Bennett’s Church on Friday, June 4 by Canon Pat Duggan. Requiem Mass was celebrated by Fr Duggan, who welcomed the attendance which included members of Mick’s family and close friends, in keeping with government regulations.

Fr Duggan offered sympathy to the family on behalf of the parish. He remembered in a special way Mick’s wife Peggy, who was in hospital and unable to be there. Michael’s daughters, Margaret and Barbara and sons, John and Andrew were also unavoidably absent.
The lessons were read by Sheila O’Connell Aylward, principal Bennettsbridge Mixed School and Brendan Smyth, former principal.
Music throughout the ceremony was by Sean O’Neill and Martina Burke.

Brendan Smyth shared some of his memories of Mick’s 15 years as janitor.
“Mick minded the school as if it were his own,” Brendan said.
“He was part of the school family for 15 years. He was proud of the school, proud of his role and we were lucky to have him. He chatted with everyone before the school opened for the day.
“Our conversations were mostly about bantams, politics, hurling, fishing, gardening, bad referees, our childhoods, divilment, our families and Peggy, the Duchess.
“Only recently did I realise that if Peggy was the Duchess that made Mick a Duke. What I wouldn’t give to annoy him with that royal and noble title today!
“Sometimes Michael used a big word which would impress both of us. We referred to these big words as ‘top drawer’ and we agreed that he picked them up from the spelling wall in the prefab which he used to read every morning while doing his rounds of the classrooms. He often said that he used fewer letters for some of the words when he was at school.“At Christmas Mick loved bringing Peggy for a night time visit to the school to view the children’s Christmas art work.

“In 1977, Mick and I worked together for Mahon and McPhillips. I was the tea boy on the building site and I used to make his tea twice a day. That discovery gave us the first of many laughs when Mick came to work at the school 35 years later.
Dedicated
“Mick was conscientious, reliable, dedicated, responsible, knowledgeable and wise. If I were to meet him after this funeral today he’d say ‘Them’s big words’ and I’d say top drawer Mick and we’d laugh out loud…
“To Mick’s family: thank you for the opportunity and the privilege to remember Michael today.
“He got a new lease of life at the school and we benefited in so many ways from his company, his work ethic and his craic. More than anything else though, Mick was a proud husband and a proud Dad.”

Outside the church, many people stood to pay their last respects to a good friend and neighbour as he embarked on his final journey.
A committal service was held in the Victorian Chapel, Mount Jerome Crematorium, Dublin.
Mick is survived by his wife, Margaret (Peg), daughters Margaret and Barbara; sons Andrew, John, Mark, Damien and Neil; his sister Eileen; sons-in-law; daughters-in-law; grandchildren; extended family; neighbours and friends.
Rest in peace Mick.
- Joan Cleere