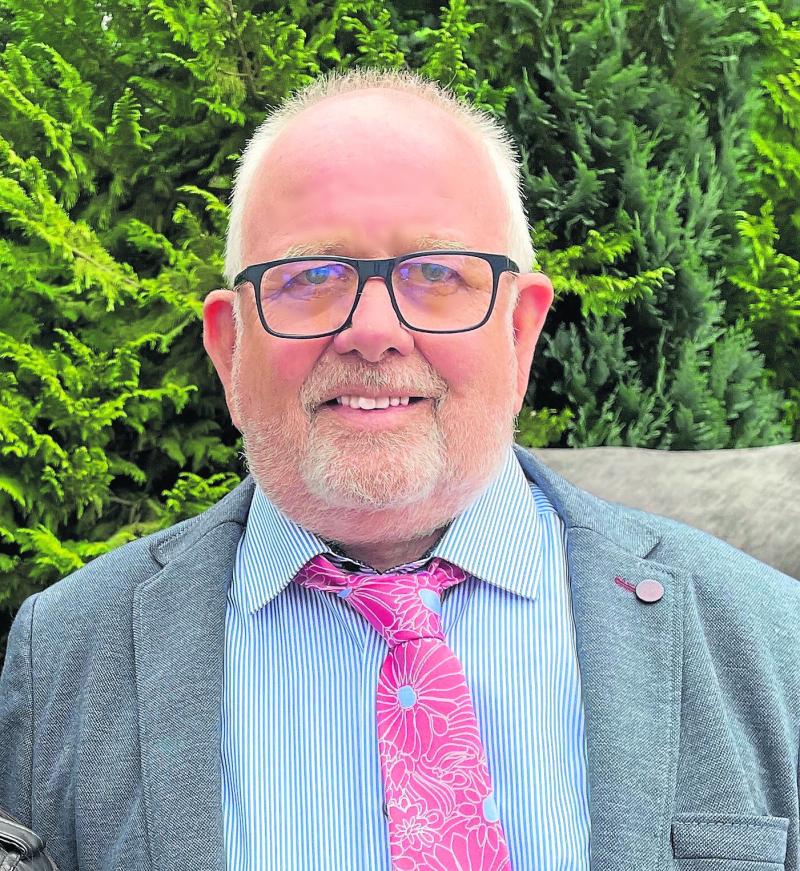 The community of Clara and far beyond were deeply shocked and saddened to learn of the sudden death of Tony Pierce, Clifden, Clara, Kilkenny at his home on Thursday, January 27, 2022 aged 63 years.

The huge turnout at Johnstons Funeral Home and the following day at St Colman’s Church, Clara was a measure of the respect and high regard in which Tony was held. They had come from far and near to pay a final tribute to friend, neighbour but most of all, an amazing family man. The attendance of young and old from all walks of life was a manifestation of the impact which he had on so many lives and the lasting impression he has left.

Tony was born in Kilkenny to Gerard Pierce, Dublin and Cecelia Morrissey, Kilkenny and was raised in Clifden where the family ran the local post office for many years until it closed in 1988. Tonys mother died when Tony was just 13.

He went to Clara NS and then to Kilkenny City Vocational School. After school, he worked at Bescos Supermarket, Universal Providers, Gowran and finally for over 40 years he worked at Brannigans PRL as Warehouse Supervisor. Tony had a wonderful work ethic, never once late for work.

Tony was first and foremost a family man who lived his life with immense love and dedication to his wife Olive and their daughter, Antonia-Ly which was very much returned. They and his cherished pet dog Bubbles were a small, strong family unit, adoring each other and rarely seen without each other.

COMMUNITY
Tony was a great community man. He served as SIPTU union rep for many years and was always on hand to assist his fellow colleagues.
He was very involved in Clifden United Football Club in his youth and served as secretary of Clifden Group Water Scheme for over 30 years where he worked tirelessly to improve water supply and quality for his neighbours. He was involved in Viet Irish Support South East group, helping out and bringing fun and good humour to any event.

Tony loved to travel with his family, Vietnam, Australia, Egypt, USA all over Europe sometimes taking in a Formula 1 Grand Prix as part of a holiday, a sport he loved. He had an immense aptitude and hunger for general knowledge and history and loved poetry, able to recite poetry from his primary school days at-will.
His funeral Mass was celebrated by Fr Willie Purcell, PP Clara and Fr Jim Murphy, PP St Canice’s. Music was provided by Bridget Nolan and Noreen Cooney.

SOULFUL
A moving oration was given by his wife Olive and their daughter, Antonia-Ly. There wasn’t a dry eye in the church when his young daughter sat beside her dad’s coffin and played a most beautiful, soulful piece of music on her ukulele especially for him.
His kindness to all, shy nature, friendly smile, his quick wit and good humour will be missed by so many people.
Tony will be sadly missed by his heartbroken wife and daughter, Olive and Antonia-Ly, sisters May and Patricia, brother Brendan, Father in Law, Micheal Greene, brothers in law, sisters in law, nieces and nephews, uncle, aunts and extended family, friends and neighbours.
Ar dheis Dé go raibh a anam.