Kilkenny prieset served the families of San Diego for decades, an inspiring and caring man 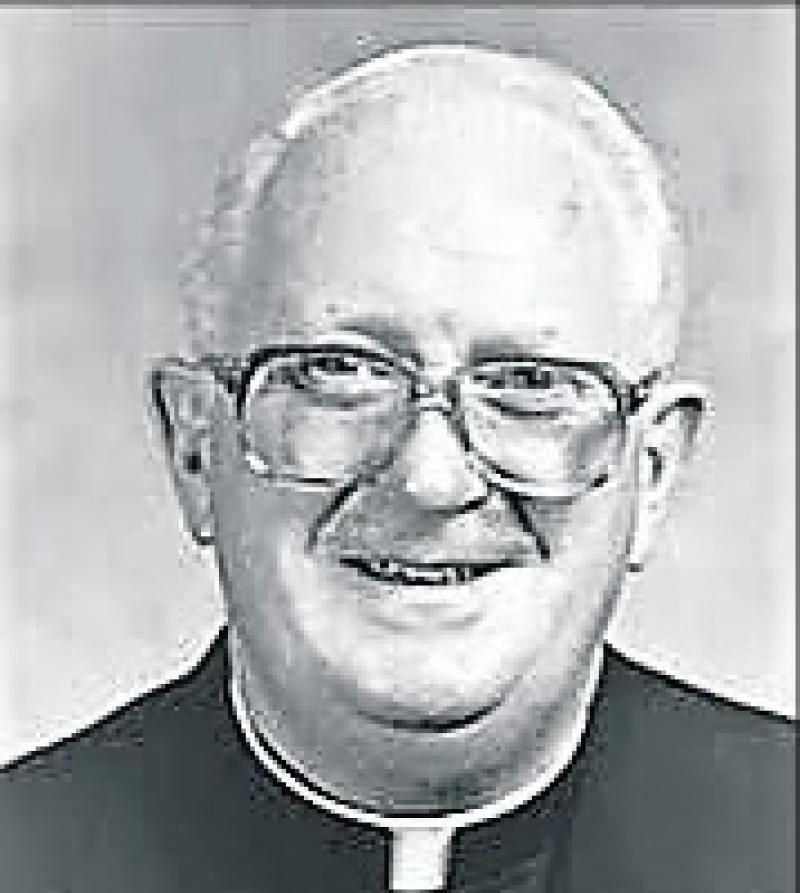 When Frank Pattison announced to his family in the summer of 1952 that he was considering a vocation to the priesthood, his father was shocked.

James Pattison, a trade union official and longtime Labour T.D. for Kilkenny, had lost his seat in the general election of the year before. But he was still a leading figure in the political life of Kilkenny and indeed of the national Labour Party (he would serve again from 1954 to 1957, and his son Seamus would follow in his footsteps from 1961).

James had his differences with the church on social issues down through the years, but he retained friendships with many of the local clergy. The diocese of Ossory was closed at the time to new aspirants to the priesthood unless they were deemed suitable for appointment to academic positions at the college, due to an over-supply of priests.

Frank felt he was not regarded as of sufficient academic brilliance to warrant an exception being made for him. He also suffered from the fact that he was a ‘day-boy’ at St. Kieran’s College and as such, was deemed not to have the same level of suitability as his boarder classmates, who observed the college’s routine of daily Mass and regular devotions. But there was such a surge of interest in the priesthood among his classmates in that year (twelve of them would eventually go forward), and so many of his friends were involved, that he felt he should at least give it a try.

James Pattison eventually agreed to consider his son’s plans if he could secure the approval of Fr. Richard Lowry, a former dean at St. Kieran’s, who was then chaplain to Aut Even Hospital. It took three bicycle trips to Aut Even for Frank to negotiate his entry to the seminary.

Of the thirty who joined him in that entry class, three were destined for the southern Californian diocese of San Diego: himself and his layside classmates Eamonn Lyng from Bennettsbridge (who died in June of this year) and Philip O’Carroll from Threecastles (who died in 2001, having moved to the diocese of San Bernardino when it was created in 1978). Of the 28 ordained from the class, six would go to Californian dioceses, and six to other American dioceses.

William Francis Pattison was named for his grandfather, a house painter who lived in Blackmill Street. Frank was born in Kilkenny City on October 15 1934 to James and Ellen (nee Fogarty) Pattison, the eldest in a family of four boys. They would make their home in New Street, little more than a stone’s throw away from St. Kieran’s College, where he would attend layside and seminary from 1947 onwards.

Frank was ordained priest for service in San Diego on June 8 1958 and his first appointments were as an assistant pastor in the growing communities in the southern diocese, bordering on Mexico, that had been split off from the diocese of Los Angeles some twenty years previously. The first Chancellor of the diocese was Monsignor Laurence Forristal, a native of Thomastown who had received his secondary education at St. Kieran’s, but who joined the newly-formed Maynooth Mission to China (Society of St. Columban) during his time at the national seminary. A celebrated linguist, he later went to California for health reasons and was the reference point for Kilkenny clerics ministering in the diocese until his death in 1963 while on holiday in Ireland.

Bishop Leo Maher, the second head of the diocese, who was appointed in 1969, also had Kilkenny connections; his father Thomas (who settled in Iowa), and his priest uncle Edward (with whom Leo later lived in California) were natives of the Paulstown area.

Frank Pattison soon became a prominent member of the St. Kieran’s fraternity in San Diego, numbering more than a dozen priests and led by impressive clerics of Ossory diocesan origin and St. Kieran’s training that (in addition to his classmates) included Monsignors Tom Healy from Coon (who died in 1998), John Rhatigan from Cullohill (who died in 2000), Toddy Prendergast from Thomastown (who died in 2016) and Bill Cuddihy (who lives in retirement in California).

Fr. Frank’s early assignments were in downtown San Diego (St. Vincent de Paul and St. Rita’s), Carlsbad (St. Patrick’s) and Crest (St. Louis de Marillac). In 1973 he was appointed pastor at St. Rita’s and this would be the parish where he spent the rest of his life, before and after retirement in 2009.

St. Rita’s had grown out of a small chapel in the Encanto area of the city, served by priests from the main parish church of St. Anne’s. Fr. John Gallagher had been appointed the first resident pastor in 1941 and continued in that position until his retirement in 1983. Between 1941 and 2009, St. Rita’s had only two pastors in a period of almost seventy years.

The profile of the downtown parish changed radically over the decades, with almost miraculous legacies and opportunities providing funds or sites for new parish buildings. When Fr. Pattison took over, a modern church and rectory were in place and a school complex had been completed recently, but the parish was debt free.

Fr. Pattison, who became a Monsignor in 1985, oversaw the further growth of the parish to include more than two thousand families, with elementary and secondary schools that enrolled over 800 students. The Hispanic and Asian population grew at a dramatic rate during those years, and he expanded the parish ministry to embrace them all, including many who lived in relative poverty and poor inner-city conditions.

He set the example by his own lifestyle, his simple set of rooms opening off his parish office and featuring family photographs including many of his brother Seamus, the long-serving T.D. and Ceann Comhairle, who died earlier this year.

He was well known in the city of San Diego for his leadership qualities and interest in social issues, and when the controversial young Irish mayor Maureen O’Connor was in office, she appointed Fr. Pattison to the San Diego Transit Authority, where he served for eight years from 1991.
He was also tapped for responsibility in diocesan affairs, serving on the Diocesan Board of Consultors and as a long-term member of the Priests Council, which he chaired for over twenty years. He was also Director of Cemeteries for the diocese.

Throughout his life, Kilkenny held a special place in his affections, helped by the fact that his mother lived on in the family home at New Street until her death in April 2000 at the age of 93 (his father, who was born in 1886, died in 1963 at the age of 77).

He is survived by his brothers Joe, an accountant with offices in Dublin and Kilkenny. and Michael, a retired bank manager in Limerick, and their families as well as by his Pattison and Fogarty cousins.
With Monsignor Pattison’s death in San Diego on August 30 2018, the number of Kilkenny-educated priests on the U.S. mission, once numbered at almost one hundred, is now reduced to less than two dozen, mainly in California and Florida, of whom most are living in retirement. One outstanding exception is Fr. Bill Treacy of Borris-in-Ossory, who will be 100 in May 2019 and is still involved in the unique ministry of reconciliation he established in Seattle more than sixty years ago.

Frank Pattison represented all that was good about the vocation, leadership qualities and community outreach of what one Californian bishop referred to as the ‘plain Kilkenny priest’. May he rest in peace.