Bridget Hayes was an avid traveller and proud mother 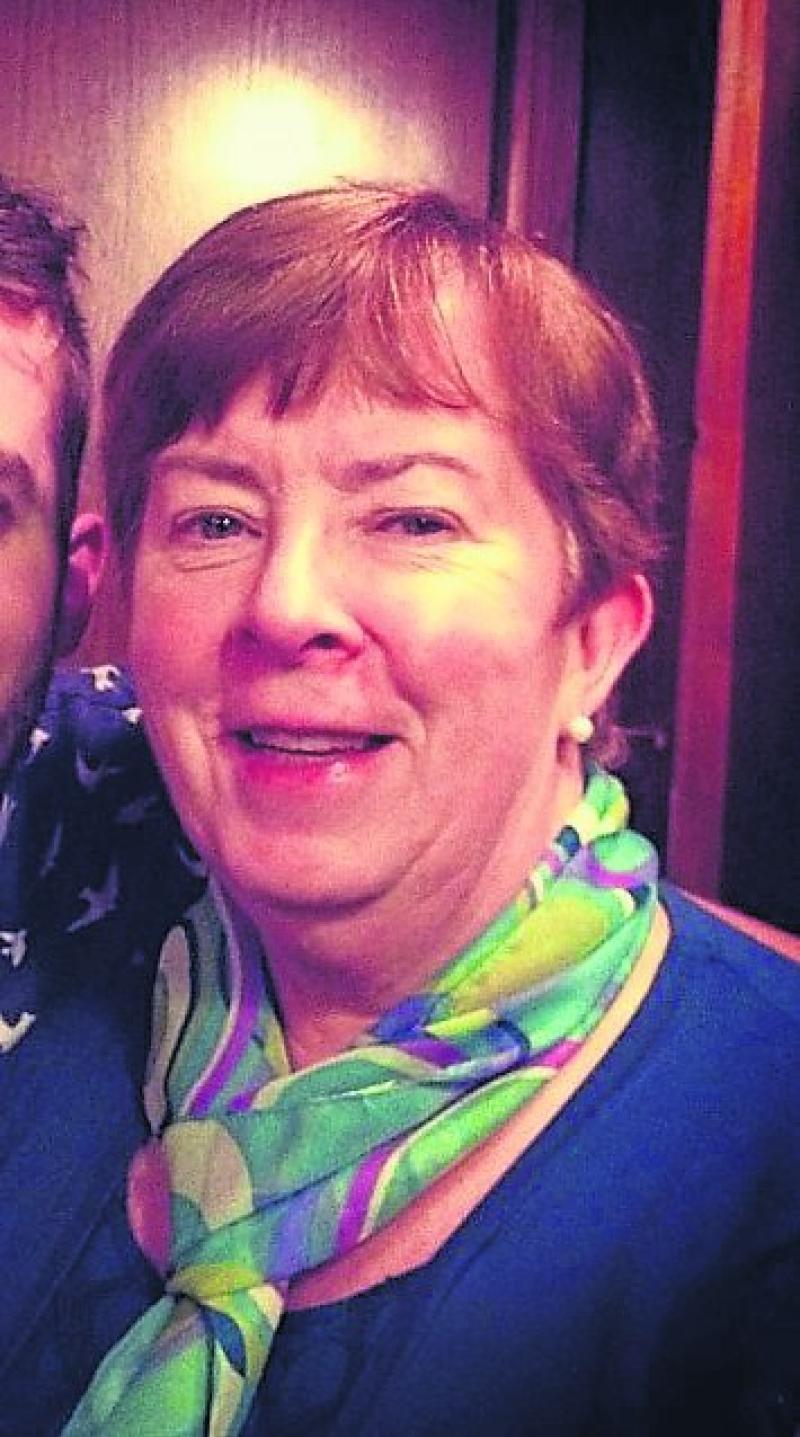 In recent months, Bennettsbridge has suffered the loss of a number of much loved parishioners. The death of Bridget Hayes, The Ring, on June 14, touched the hearts of many in the community and her courage in the months following her sad diagnosis was inspirational.

Bridget and Christy married in1970 in St Johns church Kilkenny and would have celebrated 49 years of marriage this September.

Being the mother of six boys was a challenge, but one she took in her stride loving them all equally and making each of them feel special. She was very proud of all they achieved and supported them in all their endeavours.

When the children were reared she had the time and space to take some well-deserved holidays. Travelling was something that Bridget really embraced in recent years.

Bridget and Christy were almost locals in some of the pubs in Lanzarote and she would count down the days to jetting off, and start packing well in advance.

In 2014, Bridget and her son, David travelled to Australia to see Gary and Julie. This was a well-kept secret and a week before Christmas she walked through arrivals giving the lads the shock of their lives. This was one of many treasured memories that the family can look back on.

In 2017, Bridget travelled to New York to see David and managed to pick up some bargains in the “Big Apple” while David was at work.

Trips to London to see her sisters, Mary and Nancy and brother Jimmy were many and her favourite thing to do in London was to sit in Covent Garden with a coffee and people watch.

A special travelling experience was a trip to Florida with her sister-in-law, Nuala to see her son, Ger, dancing in Lord of the Dance in 2000.

Her grandchildren were her life and from January to December every year, Bridget’s wardrobes would start to fill up with bits and bobs that she’d buy for the kids for Christmas.

By December, there wouldn’t be enough wrapping paper for everything she’d bought for them. They were a great comfort to her in her final days - her eyes would light up when the kids went to the room to see her.

Prior to her marriage she worked in Colm Coughlan’s Architects for many years. She was a member of the Legion of Mary in Kilkenny in her younger days and gave her time to help the elderly, sometimes staying overnight when needed.

She was well-known through her work in Centra since 1995. She was a great right-hand woman to PJ, and she had some good friends in the shop.

In the months before her death friends and colleagues visited her on a regular basis. She loved to see everyone coming and would always put them at their ease.

Bridget was involved in the Bennettsbridge Credit Union for many years. She supported all parish activities and was a promoter of the local lotto.

She loved the hurling particularly the Bennettsbridge team, this was a given with six strong sons taking part at various levels. She enjoyed the celebrations after the matches. Irish dancing was one of her great interests, travelling with Christy, bringing the children to feiseanna the length and breadth of the country.

Bridget fought calmly and bravely to survive, right to the very end. The seven months following her diagnosis were difficult for her and the family. But knowing what was in front of them gave them all the opportunity to show her how much she was loved, something that lots of families don’t get the chance to do.

She was cared for by the family; the lads and the women, throughout her illness. Bridget was a very proud woman and didn’t like being fussed over, but the family did an incredible job, day-in day-out.

She was looked after with compassion and dignity leaving her with the independence she needed. Bridget really appreciated the care she was given and even in the final days would always say, “You’re great” to whoever was at her bedside.
She will be sadly missed by her husband Christy and the entire family.

It was one of the largest funerals seen in the village in recent times. Bridget was waked in her home in The Ring and friends, neighbours and relatives came in large numbers to pay their final respects. A guard of honour comprising, members of local GAA, East End Soccer Club and Centra staff escorted the remains to St Bennett’s Church.

Requiem Mass was celebrated by Canon Pat Duggan. The lessons were read by, Nancy Tettey and Gerard Hayes.
Prayers of the faithful were recited by, Ciara O' Sullivan, Catherine O Donoghue, Julie Foley, Katie Hayes and Louise Hayes.
Fr Duggan offered sympathy on behalf of the parish to the family,

In the Offertory procession, Bridget’s granddaughter Aisling brought her passport which symbolised her passion for travelling, especially in recent years. Her son Gary carried a Bennettsbridge jersey, representing Bridget’s support for local GAA as well as the love she had for young people. Bridget’s son, Mark and grandson Ronan brought family pictures and music, symbolising the tremendous love that Bridget had for her family, particularly her grandchildren, when there was often music and dancing involved.
Mary and Laura presented the host and the wine.
Music throughout the mass was by John Bolger and Sarah Cullen.
Bridget’s son David thanked everyone on behalf of the family.

As the funeral left the church one of her favourite songs was played, “and I will walk ten thousand miles……” by The Proclaimers.
She is survived by her husband, Christy, sons, Paul, Gerard, Mark, Gary, John and David. She is also mourned by her daughters-in-law, Ciara, Catherine, Julie, Gail and Ann, sisters Mary and Nancy, brothers Michael and Jimmy, grandchildren, Louise, Laura, Aisling, Kate, Ronan,John, Doireann and Lucy, extended family, neighbours and friends.
Rest in peace.
Bridget’s Months Mind Mass will be celebrated in St Bennett’s Church on Saturday, 17th August at 7pm.