Brendan Fennelly was one of the Shamrocks’ magnificent seven, a great hurling man 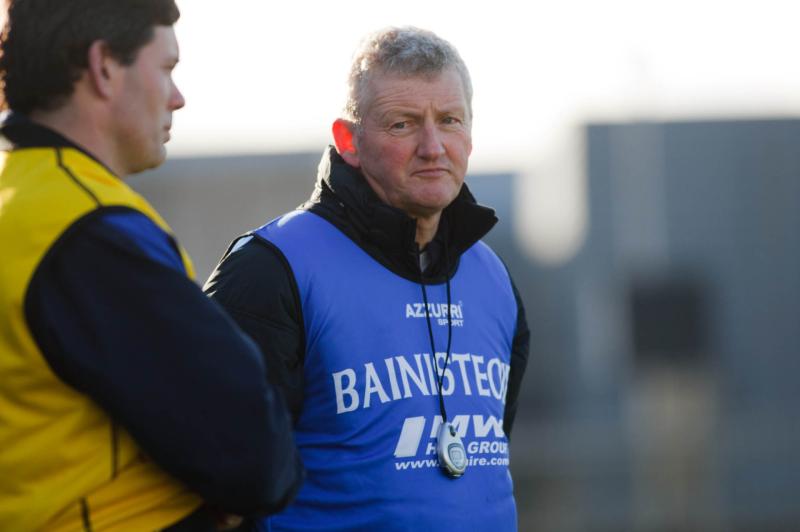 One of the links in the unbreakable chain that was -and still is- the Fennelly hurling dynasty has sadly passed to his Eternal Reward. Brendan, the wearer of the number 13 jersey, left us on Wednesday last.

He had battled a debilitating illness with as much courage, and determination as he showed on the playing pitches of the land from Ballyhale to Balinasloe, from Cork to Croke Park. As an outstandingly intelligent hurler he was a man before his time.
He was always thinking, always planning. He had the quintessential thinking hurler’s brain. Irrespective of varying circumstances, he was unrelenting in the pursuit of perfection. Like a great thoroughbred, he was perfection itself when it came to thinking on his feet.

His Dad, the late lamented Kevin senior had a particular soft appreciative spot for him - and he often said it to me - when it came to discussion about impending games or tactics.

The Fennelly brothers – all seven of them each had abilities that were particularly distinctive to themselves alone. But collectively they were a force that made things happen - many of them had friend and foe alike coming off their seats. As an admirer of their qualities and values to the team ethic once remarked to me in an interview, “sure t’was easy to pick that team when you had seven players aytin out of the one trough, and every one of them defying the selectors, one of whom was their Dad to drop them.”

The record books are statistically bursting at the covers when it recounts the astonishing exploits of the Fennellys of Ballyhale.
No family had such an illustrious hurling CV, nor will they ever. Of course they had great players with them.

The Ballyhale club would not have had such magnificent success without the Magnificent Seven. Every one of the players who played with them would most certainly not deny the validation of that statement. As a complete unit that Ballyhale collective brought more gold to their Parish than would satisfy the National Debt of many a small Nation, and Brendan was so much an integral element of that scenario.

When the last hurrah sounded, and the hurling game was no longer an option, Brendan Fennelly married Breeda, and they moved to Kilmoganny. A lucky day for the little three-part village. Brendan Fennelly - I remember listening to some of the Dunnamaggan soldiers eulogising about the values that the Ballyhale man brought to their club. A fact for contemplation and verification – Fennelly was involved with 14 Championships wins all Roinn A competitions from under-14 to Senior Championship wins.

His astute management skills were well underscored from then on. He went on to win silverware with practically all Clubs with whom he was involved. Kilkenny teams like Windgap, Rower Inistioge, Kilmacow, and Carrickshock were beneficiaries of his undoubted coaching abilities.

He influenced the hurling know how of players in Carlow, Waterford and Laois. He was a very forceful influence with the Kilkenny under-21 team who won the Leinster and All Ireland Finals in 1990. Players like Carey, Ronan, O’Neill, Carter, Murphy, Brophy Shefflin (Tommy), and Shiner Brennan were students of his directives.

Brendan also found time to allocate to worthy causes like the Jean Vanier L’Arche organisation. His influence in that meritorious organisation was more than substantial, and remained constant since first he undertook his voluntary accountancy effort on their behalf over twenty years ago.

I could stay talking and writing about the life and times-alas so short- of one of my dear friends. Of course we didn’t always agree. Brendan was such a forceful, focussed individual, that it was not always convivial to discuss problems. His wife Breeda, his rock will miss him. For sure his daughter Shauna will miss her Dad. His ambition to walk her down the aisle on her wedding day six weeks from now will be more than poignant. She could wind him around her little finger, but he loved her endearments. Sons Niall, Kieran and Conor will more than miss their Dad. He was their pragmatic go-to-man. He was a one off, of that I can vouch for.

The Magnificent Seven has suffered a major setback. But Michael, Ger, Kevin, Liam, Sean, and Dermot will miss their talisman. Whenever they are gathered to talk hurling, an empty chair will be visible for the very first time. Brendan’s sisters will certainly miss him as will his nieces, nephews, the million tentacles of their huge Fennelly Family tree.

From a personal viewpoint, I will miss the talented, argumentative, single-minded Ballyhale Shamrock. I’ll miss him for all of those qualities, but for certain sure I will miss him for his loyalty, dependability, and for being my friend. When he was around, you could rest assured that your back was more than adequately covered. In times of intensive, loyalty demands, he was the personification of unconditional dependability. Ar dheis Dé go raibh a anam dílis.