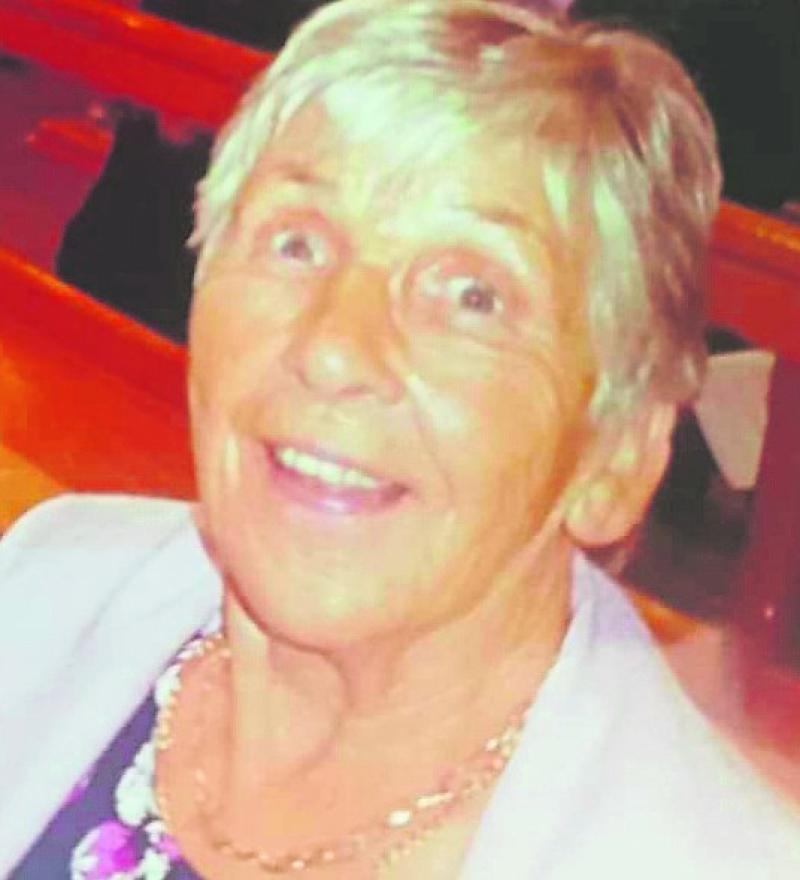 Many serving and ex serviceman who passed through James Stephens barracks will remember Anne’s kindness.
She was the second daughter of deceased sergeant Jeramiah Donovan also of James Stephen’s barracks. Anne herself lived in the confines of the barracks for a decade from mid 1950s in a small cottage still visible from the Castlecomer Road, before moving with her parents and siblings into the then married quarters and then Newpark Upper.

Anne was one of six of the Donovan children to move from Kerry to Kilkenny to reside within the barracks walls. The remaining six were born during the time living in the barracks.
The six elder children, Maria, Anne, John, Kay, Jerry, and Joe were at an age where they could take full advantage of the freedom the barracks had to offer.

They were able to call the barracks home and refer and use the main square as their own playground.
At this point in time the barracks was only used by the FCA, the board of works and the department of defence as a stores. It was at a time when health and safety was a thing of the future.

The barracks was initially home to three families, the Donovan, Browns and Neilons and later the Comerfords. Anne and her siblings — although not encouraged — had full run of the barracks.
She would talk about the use of jeeps as their personal mode of transport within the barrack walls if a poor misfortunate soldier was to leave his keys in the ignition. Or during personnel breaks, letting themselves into the FCA’s tents to adjust their battle plans to what the kids saw as a more suitable alternative.

Other stories included scaling the barracks walls and roofs to the highest possible point to act as look out in case of invasion.
Anne briefly went to the UK but returned in early 1970s to care for her ailing mother (Mary), as by then her dad Jeramiah had already passed.

Anne at this point became one of a few people employed in a civilian capacity in the barracks. She remained working there for over 35 years. She saw brothers join up, serve their time and retire, while she remained.
She also welcomed four nephews and two great-great nephews to the barracks as serving soldiers. Anne welcomed many other personnel into the barracks, she helped them adjust to military life in what ever way she could regardless of rank.

She respected the military and her family history within it, so she wasn’t afraid to set anyone straight if she felt they were letting the barracks down. Anne spent more years in the barracks than most soldiers would dream of.
truly missed

Anne will be truly missed by the children, Mathew and Laura, and her two grandchildren but I’m sure her memory will also live on with many a member of the defence forces and the stories of how her and her siblings and the children of the other three families in the mid 50s and early 60s were able to call the barracks home and turn it into a place of fun, entertainment where military life was at the mercy of a small gang of children that included the late Anne Brennan.