Noel Walsh was a great community man, champion of many charities, talented sportsman and animal lover 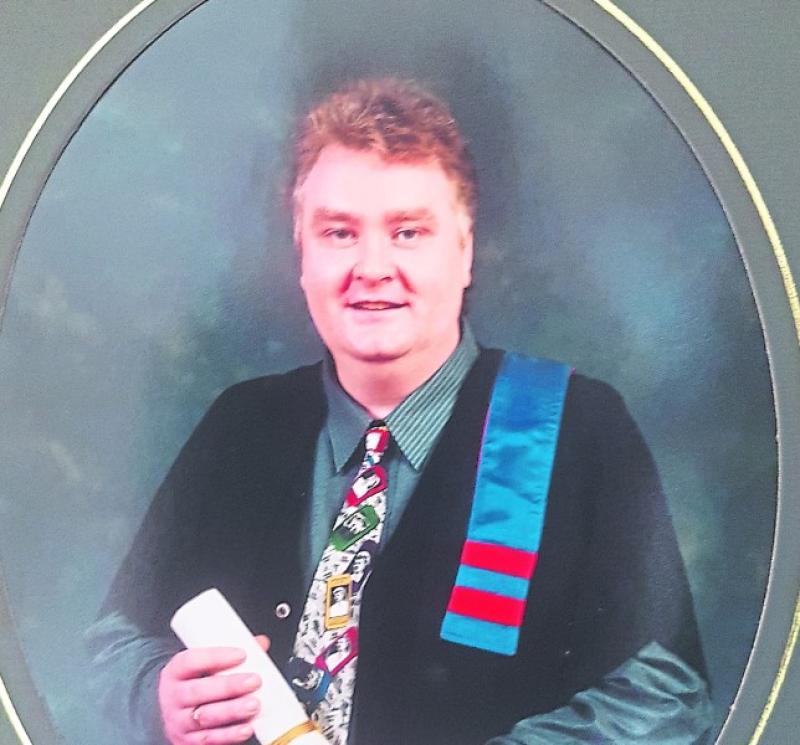 It is with sadness that we report the passing of Noel Walsh, Forge Road, Narabane, Kilmacow. Noel passed away at home on Saturday, August 3. He is survived by his sisters Miriam, Kathleen, Madie, Vera and Noeleen and by his brothers Robert and Michael.

Noel was born on 17th December 1962 to the late William and Mary Walsh, Forge Road, Narabane. He went to the local primary school in Kilmacow, then to De La Salle in Waterford and later to the Vocational School in Mooncoin.

From a young age Noel became actively involved in his local community. He served as an altar boy in St. Senan's Church. He was also a member of the Scouts and later a member of the Youth Club based at the old Convent School in what is now the Nore Room in the Community Centre.

In the early 80’s the Youth Club, under Fr Dan Carroll, began the clean-up of the graveyard outside St Senan's Church. At the time it was a huge operation involving not only members of the Youth Club but also the support of others including the support of the farming community and their tractors and trailers to draw away the vegetation cleared.

It laid the foundation for the marvellous maintenance work that has continued in the graveyard to this day.
Noel was always in the centre of the organisation of events, activities and initiatives associated with the Youth Club and while he was not generally a sporty person he was a superb tennis player with a formidable serve. He also excelled at badminton.

Noel was involved in the Dramatic Society in the 80’s. He was excellent in his roles as the doctor in Mammy Mammy and as Mr Sharofsky in Fame and is fondly remembered for his impression of Pavarotti at a concert in the Marian Hall which brought tears of laughter to everyone’s faces.

He was generous by nature ....with his energy, his willingness to help and in the application of his time and organisational skills to many worthy causes which included The Romanian Orphanage Appeal - where he was not only tireless in his fund-raising but he also went to Romania to help in the early 90’s. The Children's Education Fund in Antigua. Rosedale Residential Home - his annual Christmas Cards for Rosedale Animal Welfare - selling tickets and collecting clothes , The Monthly Table Quiz - he was one of the correctors for the first couple of years.

Noel was a member of Kilmacow Development Group which produced a village study that was launched in October 1998.
Noel had a varied work life. His work included retail in Waterford, bar work in the Fox's Den, the hospitality sector in Waterford and the Aran Islands, administration with Comhaltas in Dublin and dispatch for the Five O Taxi Service. He studied with the Divine Word Missionaries for over a year before taking up a position with Waterford City Council in 1999.

He worked with Waterford City Council for the next 16 years. Noel started in the Housing Section and later as a Sustainable Neighbourhood Officer in the Community Department doing great work in the Sacred Heart area of the city. He worked above and beyond the call of duty.

He loved the work and he loved the people with whom he worked. The work suited him and all his energies went into it.
His Christmas Parties became a ‘must go to’ event for so many older people in Waterford. While he worked well with all age groups he had a particular soft spot for the more senior groups.

His personal social life was demanding. He thoroughly enjoyed the company of others and his own circle of friends. He was at his happiest among friends, having a laugh and organising events to go to and everyone was happy to follow his lead knowing that he would have organised everything down to the finest detail.

Noel retired from Waterford City Council in 2015. The Forge Road in Narabane was the centre of his universe since.
He shared it with his dogs....Marcus Antonius Spartacus, Buddy and most recently Tim Tim.

His house never lacked for callers. Noel maintained his great level of service to people who called for advice, help in getting forms filled out and directing people to the right contacts in all the public service agencies who remained in his network.
He spent months organising the Community Fair in Kilmacow in November '17 when 23 different groups and organisations had information stands to help the older and more vulnerable people in the parish.

It was a huge success and led directly to setting up the Community Alert Group and the Active Retirement Group in Kilmacow. He became a Peace Commissioner in 2018.

His house was always open. There was always a constant stream of callers including immediate family, his relatives, neighbours, former work colleagues and friends. In particular he enjoyed the younger generation of nieces and nephews.
Noel will be missed as a brother, an uncle, a neighbour, a friend. He enriched lives with his personality, sense of fun and generosity. He will be missed by all.

Thanks to Bernie Moloney who helped with the preparations for the Mass and John O'Callaghan and Megan Butler for the beautiful and meaningful music.

The family would also like to thank Cecily and Ann Hennessy, funeral directors, for their help and professionalism.
The family would like to express their appreciation of Dr John Enright's care for Noel and of the staff of University Hospital Waterford.

They would like to thank people who came to Noel's Funeral Mass and who called to family members to give support and express their condolences and to acknowledge with sincere thanks all who gave their time in the Community Centre later to serve teas and refreshments.