Joe Crowley - A thorough gentleman is laid to rest 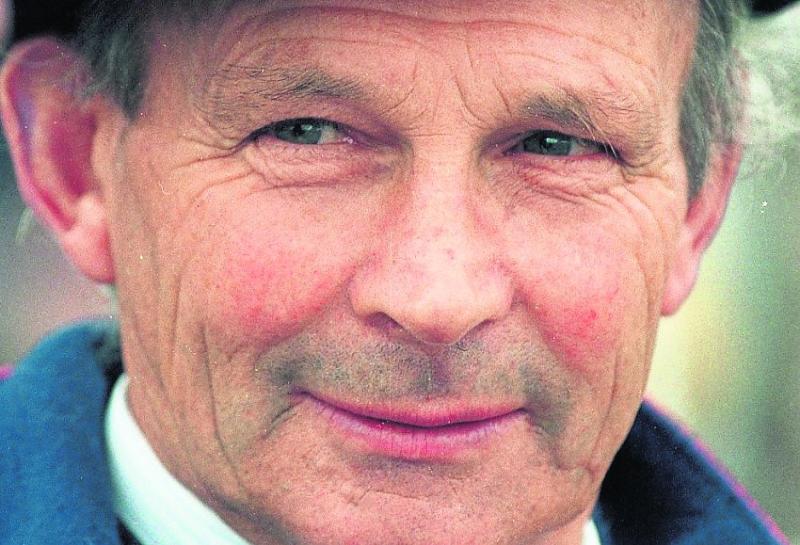 From his base on Carriganog Hill (over 750 ft above sea level), between the villages of Owning and Tullahought, the late Joe Crowley laid the foundations for one of the most successful horseracing dynasties in the world.

Naturally shy, his legacy is incredible; the world’s foremost horse trainer, Aidan O’Brien worked the gallops that Joe set up and Joe’s grandson, Joseph O’Brien has been a revelation since he started training there in 2016.

In between, his daughters Annmarie and Frances set records in the racing world from the yard as licensed trainers.
The 91-year-old started out as a farmer and was a progressive one but his future was always destined to be in the racing world.

Joe trained the winner of the Irish Cesarewitch at the Curragh in 1985 (Ravora).
He saddled many winners before handing over to his daughter Annmarie, then to her husband, Aidan O’Brien and then to his second daughter, Frances.

When Frances married jockey Pat Smullen and moved to Kildare, he again took over the trainer’s licence and sent out approximately 150 winners between 2003 and 2009, when he finally retired at the age of 80.

He also had a part in one of the most high profile equine marriage break-ups of all time.
In partnership with Aidan and Annemarie O’Brien, he bred the seven-time Group 1 winner Rock Of Gibraltar who won the 2,000 Guineas in England and Ireland in 2002.
They sold the horse to John Magnier who gave a free share to former Manchester United manager, Alex Ferguson who went to court to uphold Mr Magnier’s kind gift.

Joe had a fantastic eye and insiders say he had that bit of draíocht when it came to horse flesh and maybe it came from all the mystical surroundings, with the area where he was born and reared full of ogham stones with the Knockroe Passage Tomb close by.
He had an innate ability to judge a horse and that is something you cannot learn.

Daughters
Annemarie is the only woman to win an Irish trainer’s championship when in 1992-93 she captured the jumps title from the yard.
Frances was also highly successful and was the first woman to win the amateur jockeys’ championship and the first woman to train an Irish classic winner, Saoire which scooped the Irish 1,000 Guineas in 1995.
Joe Crowley counted his 2006 Bumber win in Cheltenham with Hairy Molly as one of his best.
Golden Storm’s win in an amateurs race at Tralee in August 2004, ridden by his daughter Angela and owned by Joe and a local syndicate was a special one which saved many a punter that day!
Joe passed away peacefully at his home surrounded by his family. He is survived by his heartbroken wife Sarah, daughters Annemarie, Breda, Teresa, Frances, Angela and Monika; sister Margaret; sons-in-law Aidan, Trevor, Ronan, Pat, Kevin and Frank and his 17 grandchildren.