Pauline Kenny was loved by everyone 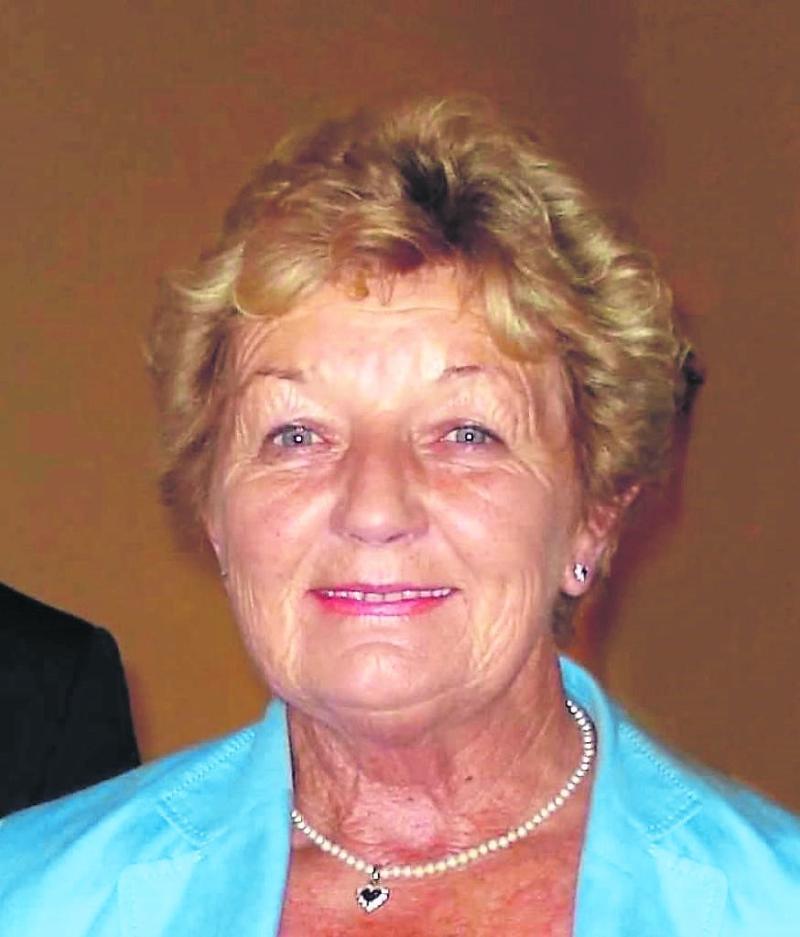 The late Pauline Kenny was originally from Dun Laoghaire, Co. Dublin where she grew up with her sister Anne, brothers Peter and John and her parents Emily and Jack O’Farrelly.
They were a tight knit family with lots of cousins, family and friends who enjoyed family gatherings where they enjoyed a good game of poker.

Pauline met Brendan, her late husband, in Aer Lingus where they both worked.
They moved to Talbot’s Inch in Kilkenny before settling in Troyswood. They raised their children David, Brian, Caroline and Susan to be proud of their Dublin heritage, but she was also a very much a Kilkenny woman.
She continued to be a regular visitor to her family in Dun Laoghaire over the years and maintained the bonds with family and friends created in her younger years.

Pauline enjoyed nothing more than having all her family around and always showed great interest in their different sports and achievements.
She was equally proud of each of the grandchildren. She instilled in each of her children and grandchildren a quiet resilience and determination, an acceptance of everyone for who they are, always seeing the best in everyone.

Pauline was loved by everyone, and there have been many stories from many people whose lives she touched especially through her love for Bridge, Callan Golf Club and her daily mass and religious devotion in St Canice’s, Black Abbey and Friary churches.
Although not from Kilkenny originally Pauline was the ultimate Kilkenny cat with nine lives, in her later years she never gave up.
She very rarely complained and just kept going, she was one of kind.
Pauline was an absolute lady who was kind, warm and always willing to give her times to others, but her family were her ultimate passion, she was the centre of everything, everyone was blessed to have known her and shared her life.

Pauline passed away peacefully on the evening of February 6 in the wonderful care of the CCU team in St Luke’s Hospital and surrounded by her loving family.
She will be greatly missed by her sons; David and Brian; daughters Caroline and Susan; brother Peter; grandchildren Stephen, Jack, Emily, Sam, Orla, James, Christian, Conor, Camille, Ciaran and Ben, daughters-in-law, sons-in-law, nieces, nephews, family, friends and the community.