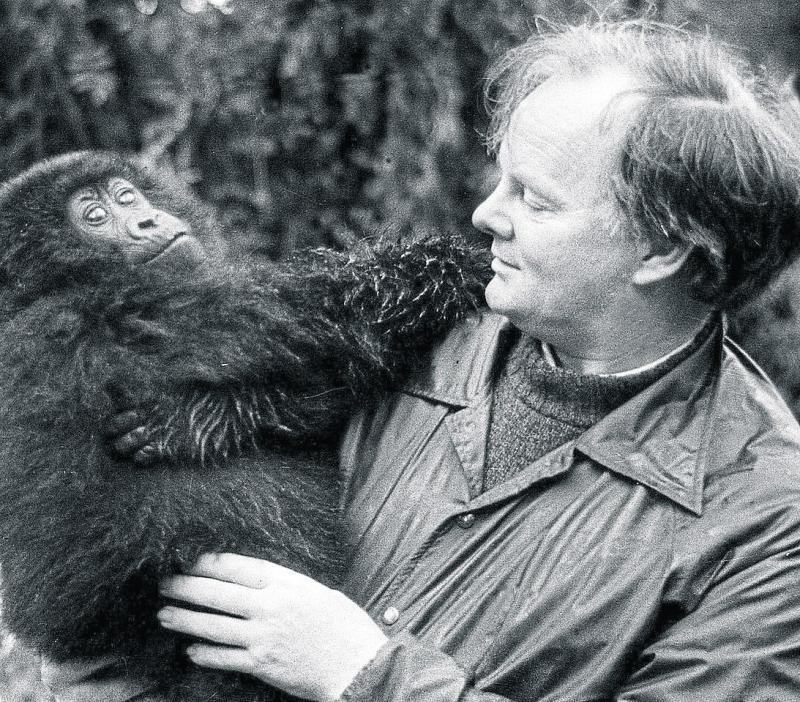 Liam White, who has died in London at the age of 88, was a member of a well-known Durrow family with strong Kilkenny connections.

Liam was an internationally-renowned photographer and photojournalist who covered major events and issues worldwide for several overseas publications as well as contributing to Irish media, particularly in the tourism sector.

Known more familiarly as Willie, he was born to William and Bridget White on November 26, 1932, the youngest son in a family of three boys and two girls. His father was a native of Errill and a member of the supervisory staff of Laois County Council. His mother, a native of West Waterford, had come to Laois in the early 1920s to manage a business that later became the Durrow Pharmacy.

Following their marriage, the Whites purchased the hotel, bar and general merchant business on The Square previously operated by Patrick Flanagan, who died in 1927.

Of the White siblings Seán became an international publicist, writer and editor and latterly an academic. He died in 1996. Tom became a priest of the diocese of Ossory but was seconded to the Vatican Diplomatic Service, from which he retired as Papal Nuncio to New Zealand and the Pacific Nations in 1996. He died in retirement in Kilkenny in 2017.
May, a linguist and translator, married the actor TP McKenna and settled in London, where she died in 2007. A sister Alice O’Byrne, who was a pharmacist in Aughrim, Co Wicklow, lives in retirement in Kilkenny.

Kieran’s College
After his early education at Cullohill National School, Liam won a Laois County Scholarship to St Kieran’s College, following in the footsteps of his senior brothers, both of whom had gone on initially to study for the priesthood (Seán did not persevere at Kiltegan).

As the remaining son, Liam was encouraged to involve himself in the family business and, impatient with his academic career, he was first assigned to an apprenticeship in the Kilkenny hardware business of James Lowry and Sons.

Lowry’s was a respected name in the area, based then in Rose Inn Street. Having important connections as suppliers to the prominent families of the city and suburbs, and especially to the Catholic clergy. A particular line of business was the removal of the effects of priests from one location to another when their assignments changed.

Liam became a specialist in this area, focusing on the needs of priests who had not been in parish assignments before and who therefore needed what in effect was a whole house furnishing. The selection, loading and delivery of these goods was his responsibility. Still a teenager, he came to drive the highways and byways of Laois and Kilkenny with style and skill.

Another responsibility was the preparation for the periodic interior painting of the Lowry company store, then located in the 16th Century Shee Alms House. This required that the entire contents of the building be removed to the shop across the road and then replaced when the work was complete.
Liam’s companion in these adventures was a fellow assistant named Liam Bolger. Liam would continue to be employed in the trade for all of his working life, combining it in the later stages with his natural interest in history; he secured a Doctor of Philosophy degree from the National University of Ireland in his late sixties.

The two Liams became lifelong friends and would regularly undertake rural outings together when Liam White visited Ireland. Liam Bolger died in 2011, almost 10 years to the day before his friend.

Photography
Liam’s mother Bridget White died in 1952 at the early age of 61. With his father already retired, Liam took the helm of the Durrow business and made a determined effort to acclimatise himself to the local environment, combining his duties with more creative pursuits, particularly in photography.

His photographic assignments were generally the stuff of village life. Mrs Pearson, of the jewellery shop, asked him to shoot her immaculate garden; the procession through the village on the feast of Corpus Christi was filmed from the back of Donal Carroll’s cutaway pick-up or ‘scut’ truck (the film stock for the occasion had not arrived in time, so Liam filmed the event with an empty camera and then said that it had failed to develop); some fortunate young women had dreamy portraits created.
In the end the White father and son combination had to admit that, with Liam’s interests expanding beyond the local scene, a sale of the business might be opportune.

Liam Bolger mentioned the possible interest of a young entrepreneur, originally from Threecastles but recently returned from Australia. Within weeks a deal had been struck that gave 31-year-old Joseph Murphy the premises and goodwill. Liam White continued to be a regular visitor to the Murphy establishment down through the years; Joe Murphy died in 2018 in his 95th year and the business, by now confined to accommodation, bar and food service, is continued by his son.

Liam White left Ireland in 1955 to study photography at the Polytechnic of Central London, now the University of Westminster. After graduating he began his professional photographic career assisting leading photographers of the day, including Helmut Newton at Vogue.

He soon established himself as an independent practitioner and was able to tap into the burgeoning 1960s London scene. Among his clients was the fashion brand Matita. It was while he was working on this account at Glebe Place Studios off London’s Kings Road that he met his future wife, the Galway-born model Mary Donnellan. They would have a family of two boys and three girls - William, Laura, Claudia, Natasha and Conor. Mary pre-deceased him in 1988 and Laura died in 2020. Apart from his remaining children and sister, he is also survived by a grand-daughter, Róisín.

As his professional life progressed, Liam became more involved in Irish cultural circles in London. His brother Seán’s assignments included responsibility for the promotion of the state travel and tours company CIE, and subsequently responsibility for the publicity function of the Irish Tourist Board in North America. That gave Liam an entry into the area of travel writing and cultural coverage that he would later develop into a speciality.

Vatican
He also visited his brother Tom in some of his overseas diplomatic assignments on behalf of the Vatican and began to take photographs of local scenes, sometimes in conjunction with assignments from Irish development agencies. As this involvement grew in scale and scope, he happened upon a commission that would ultimately make him a world-class news and features photographer.

His photography for the Italian Catholic journal Famiglia Christiana, a full-colour monthly that had a circulation of over one million, brought him to cover trouble spots and newsmakers all over the world, often in the company of the magazine’s London correspondent Carlo Cavicchioli, but also on his own, providing words as well as pictures.

During this later period Liam also expanded his client base to include photo-reporting for NRC Handelsblad, the respected Dutch daily newspaper, as well as other international publications. He wrote and photographed for the visitor magazine Ireland of the Welcomes and the Aer Lingus in-flight magazine Cara.

By this time he had accumulated thousands of images of sights, scenes and people from all over the world. He began the daunting task of organising them and making them available for paid use by publications, a very successful enterprise in his later years.

Alongside this effort, he ventured into film-making, working with the writer Gordon Snell on two Channel 4 documentaries on Kerry in 1986, one presented by the noted dramatist John B Keane. He was also commissioned to produce a documentary on the life of the artist Patrick Prockter which was broadcast by Channel 4 under the title Patrick Prockter’s Britain: The Art Scene in 1988.

Travel Writers
Along the way, he wrote and photographed for a number of London-based Irish publications and continued his involvement with the circle of writers and artistic performers associated with the Irish community and the Embassy of Ireland to the United Kingdom. In the early years of the 21st Century he was a regular attendee at meetings of the British Travel Writers Guild and also took part in their sponsored trips abroad.

His friendships across England and Ireland were diverse though he never lost his attachment to his place of origin in Durrow and its people. His influence and interest in church circles was also notable; he was often commissioned to photograph prominent clerics and events, particularly in his local ‘parish’ of Westminster. When the Pope visited Ireland in 1979, Liam was very gratified to receive the admiring attention of the Italian journalists present, based on his reputation with Famiglia Christiana.
Liam White died of natural causes peacefully in his sleep at his home in Westminster on Sunday, January 17. Following cremation in London, his remains will be interred with his parents in Durrow Cemetery after a memorial service as soon as circumstances allow.

The life that had begun in a small village in central Ireland had expanded over the decades to embrace the world. But like all of his family, he retained an accurate memory of acquaintances and events from the quarter century that he spent in his native place more than two generations previously, and a great delight in revisiting it.