Mary Holden, Callan, always had a kind word for customers at her Green Street eating house 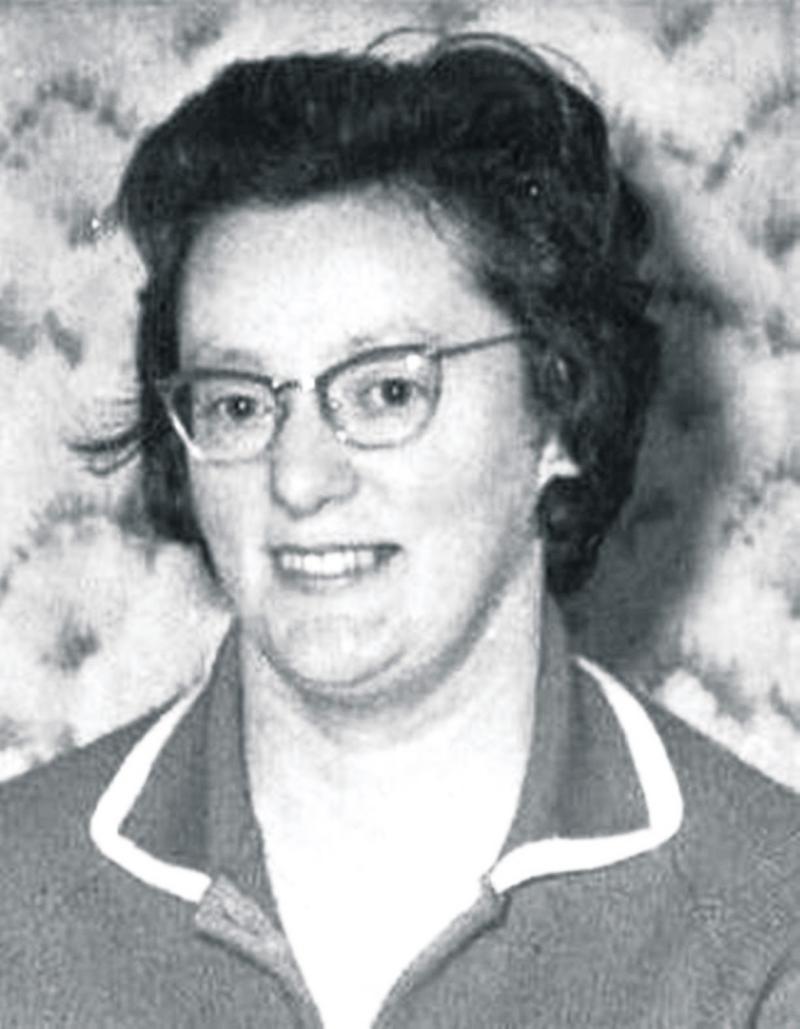 Callan said goodbye to a kind and popular woman with the passing of Mary Holden (nee Fitzgerald) of Green Street. Mary died on January 16 at St Luke’s Hospital, Kilkenny. She was 95.
For years Mary ran the only eating house in Callan, situated in the front room of her home in Green Street beside the old Co-op store.

She and her late husband Hauly fed most of the teachers and quite a few pupils from the local schools, as well as workers from local factories. Bacon and cabbage was the main course most weeks, but she experimented with other dishes too. You’d always be sure of a hearty meal of the traditional kind at Mary’s place.

When she was busy and the diners called out for more, Hauly would oblige. The well known Master Tradesman might be working outside, sawing or chiseling, but in he’d come to see what the customer wanted.

Mary always had a kind word for a customer and never let life get her down. Optimism glowed once you stepped into her house to be directed to a table. Good cheer prevailed there, even when the icy winds of recession blew through the town.

The eating house on Green Street held the line in good times and bad, and nobody went away hungry. It continued to serve the community until other establishments opened their doors.

Mary was also famed for her prowess as a card player. She could tackle any game but specialised in poker. For decades she played into the early hours at pubs and other venues, often taking home the top prize. People waiting for the late night airport bus would greet Mary as she exited a pub following another marathon card game, and as she was a teetotaler her mind was as sharp as a razor no matter how much revelry or distraction surrounded her at a round table showdown. Las Vagas, locals swore, was nothing on some of the mind-bending showdowns that Mary took in her stride.

Last year, to mark another milestone in her illustrious winning spree, friends and fellow players surprised Mary with a birthday cake at the Steppes Bar, where she had beaten off many a rival over the years in sessions that seemed to go on forever. Her son Pat was heartened by her reaction to the special treat.

She had looked forward to the end of the coronavirus lockdown so that that the poker and the almighty craic could resume. But I suspect that somewhere “up there” the best card game ever is in progress, with Mary taking pride of place at a table set for an angel.