A popular member of the community, his garden was his pride and joy 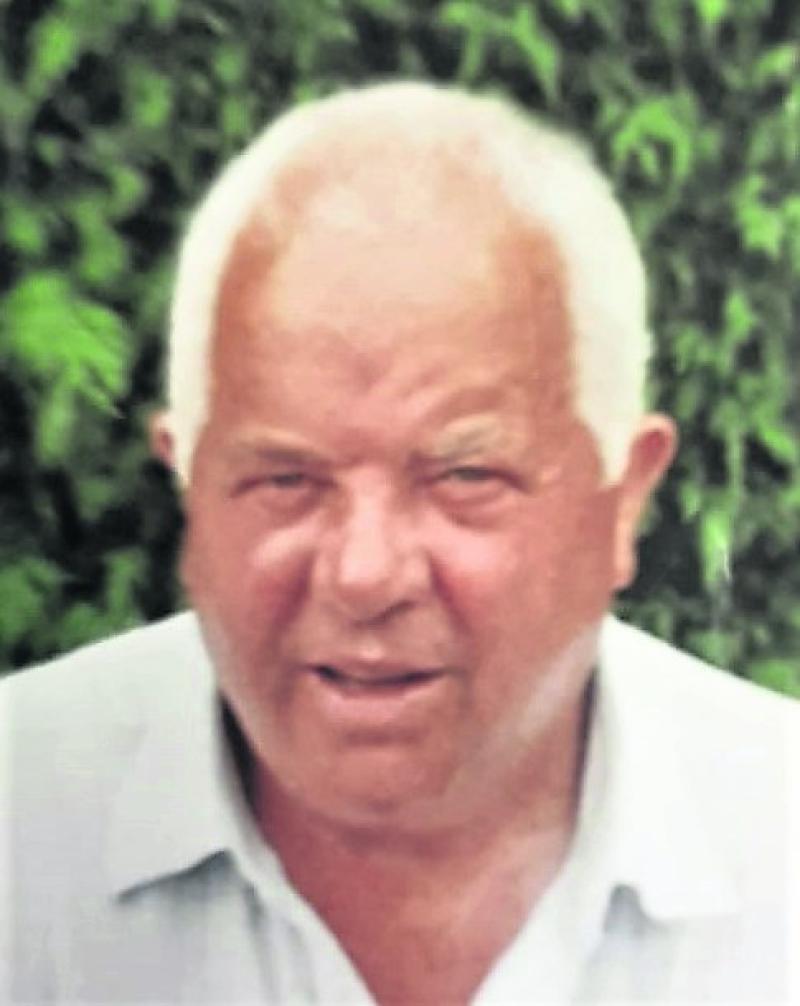 The Bennettsbridge community was saddened by the death of Liam Kelly, Station Road at St Luke’s Hospital on January 4.
One of five children born to James and Margaret Kelly, Liam would have celebrated his 81st birthday in February. He was predeceased by his sister, Anne Morters and brother Paddy (Galar) some years ago.

Liam was a popular member of the community and a supporter of all parochial activities. He gave generously of his time and was a great neighbour. He lived life to the full and had many interests including sport, greyhounds, horseracing, a love of animals and gardening.

Liam was a very good golfer and this played a major part in his life for many years. A member of Kilkenny Golf Club, he enjoyed the camaraderie on the course and the friendships made.
Golfing buddies, former work colleagues, neighbours and friends stood outside the church, observing social distancing, to pay their last respects and others tendered their condolences in on-line comments.

Liam was a passionate supporter of Kilkenny hurling and made numerous trips to Croke Park and other venues.
For over 20 years he worked in Tidy Towns, spending numerous hours keeping Bennettsbridge clean and tidy.
Liam was a familiar figure around the village and his knowledge of bedding plants was a great boost to the committee of the time. Many evenings were spent trimming lawns and clearing ditches and, on these occasions, the facility of having the lorry from his work (KKCC) to take away the debris was invaluable.
Liam’s garden was his pride and joy. He looked forward each year to having the finest of vegetables, flowers and pristine lawns.

While his early working life was spent in Iarnrod Eireann and he went on to spend 40 years in the Kilkenny County Council, where he was a valued employee. He was a conscientious worker and got on well with all his workmates.
He had a keen interest in politics and was a loyal supporter of the late Seamus Pattison all his life.

Requiem Mass was celebrated in St Bennett’s Church by Canon Pat Duggan. He welcomed those present in the church and acknowledged the presence of neighbours, friends and former work colleagues who gathered outside to pay their last respects to Liam. The screening of the ceremony allowed them to view the proceedings.

Canon Duggan extended the sympathy of the parish to Liam’s wife of 56 years, Ann and the family members. Funerals are sad times but it is particularly so in these difficult times as it is not possible to have the comfort and support of extended family and friends.

The lessons were read by Alan Flynn (family member) and beautiful music was provided by Sean O’Neill, organist and Martina Burke, throughout the ceremony.
As the remains were removed from the church for burial in St Kieran’s Cemetery, Kilkenny the strains of “The Rose of Mooncoin” could be heard outside, a fitting farewell to a staunch Kilkenny supporter.
Liam will be sadly missed by his loving wife Ann; brothers Seamus and Thomas; sisters-in-law Dolores, Kay and Helen; nephews; nieces; cousins; extended family; neighbours and friends.
Rest in peace Liam.
- JC