Cream of the South-East flocks to Kilmacow for Sunday races 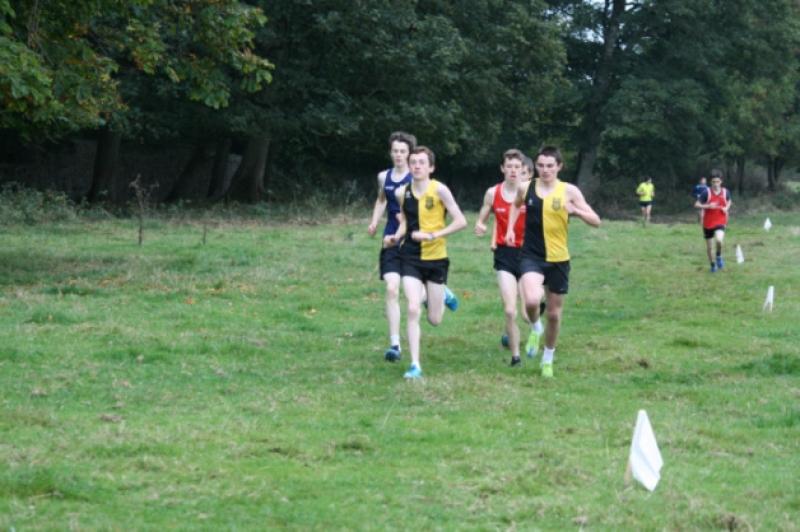 A swarm of athletes from across the South-East descended on Kilmacow for the St Senan’s Open Cross-Country on Sunday.

A swarm of athletes from across the South-East descended on Kilmacow for the St Senan’s Open Cross-Country on Sunday.

The Sports Complex was the place to be as competitors from clubs in Kilkenny, Wexford, Waterford, Tipp, Laois and Carlow lined up for action.

The large group of athletes and their mentors had a busy day, as there was a full programme of events with races for under-8s right up to the Masters category.

The day started with individual races for boys and girls in the under-8, 9 and 10 categories.

The Kilkenny clubs provided some impressive winners with victories for St Senan’s athletes Juliet Evans and Saoirse Allen in the under-8 and under-10 events and Gowran’s Ella Cusack was first over the finish line in the under-9 race.

The Kilkenny City Harriers (KCH) under-10 girls had a great run, finishing second, third and fourth in their race. Thomas Mullally (St Joseph’s) was just pipped on the line and had to settle for silver in the boys’ under-10 race.

In the under-12 to under-18 categories there were team races as well as individual events.

At under-14 level Ruth Kennedy (Gowran) ran a great race, finishing in the silver medal position. Aaron Donnelly (St Senan’s) also won silver in the boys’ race with Oisin Griffin (St Joseph’s) taking bronze while St Senan’s landed team silver in the girls’ race. The boys’ race was won in some style by Jack McCullagh in the colours of Dunleer AC.

The boys’ under-18 event was the race of the day with four Kilkenny athletes in contention up to the middle of the last lap.

At this stage KCH athlete Peter Lynch made his move, pulling away from the group before surging on to a comfortable win. Cormac Buggy (Gowran) and Michael Ryan (KCH) battled it out for the silver medal position, Buggy proving stronger in the end.

In the men’s race local athletes were in short supply, leaving Conor Rochford (St Senan’s) to fly the flag for Kilkenny.

The event was a great success due to the hard work of Bill Lacey and his St Senan’s colleagues. Thanks also went to the Kilmacow community for the use of the complex and to sponsors Caulfields Super Valu.

The inter-schools cross-country race for the Mick Curran Shield was held in glorious sunshine in the St Joseph’s training grounds in Rosbercon on Friday. A large number of children turned out in force and ran their distances, competing to win the shield for their schools.

The five schools taking part were Listerlin, Shanbough, Ballyfacey, Glenmore and St Canice’s. The Shield was won by Glenmore NS.

All roads will lead to Ballycurran Cross on Sunday for the opening round of the cross-country championships. Events begin at the Cross at 11am, with races for juvenile even aged groups from under-8 to under-18 and masters over-40 races for men and women.

The venue will be signposted, but local directions are as follows: