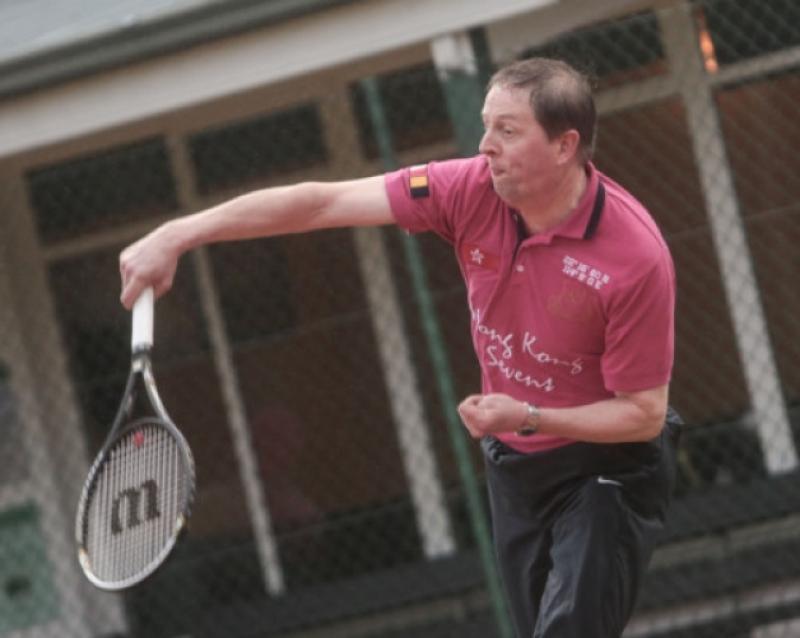 THE annual Home Care tennis tournament was played on Saturday.Despite the weather there was a huge entry. Thanks to the stylish touch of Mary Nolan and her creative daughters (Carmel, Sheila and AnnMarie ) and husband Tom, the club was transformed for the occasion.

THE annual Home Care tennis tournament was played on Saturday.Despite the weather there was a huge entry. Thanks to the stylish touch of Mary Nolan and her creative daughters (Carmel, Sheila and AnnMarie ) and husband Tom, the club was transformed for the occasion.

Iain Gray, manager of the Lyrath Hotel, who sponsored the event, and Ian Wilson who represented the Kilkenny Home Care Association had nothing but kind words to offer. Over €3,000 was rased.

The tennis was played in a wonderful spirit. Lots of players wore pink, and some of the men looked very dashing. Overall 84 participated.

In the Tommy Tyrell Cup the standard was excellent with little separating the teams. Runners-up in this section were Mary Verling and Larry Kinsella. The winners were Ann-Marie Nolan and Paul Flanagan.

The Helen Fitzgerald Cup also produced excellent tennis. The runners-up here were Paul Tallis and Mary Ryan. They were pipped by the hard-working Eileen Hearne and John Keane.

In section three the runners-up were Val Nolan and Paul Carroll. The winning team was the mother-daughter combination of Lorna and Liz Jennings.

This was a hugely successful night for everyone involved and has become a tournament favourite with a lot of people. There is no way it could have happened without the hard work of people like Jimmy Morrow, Brian Doyle and Mary Nolan and her family. And a big thank you was extended to the Lyrath Estate Hotel for their sponsorship.

It was a very competitive tournament. Kilkenny tied with Carlow after four rounds of play. Kilkenny were deemed winners by having the highest first round score (as stated in the rules of the tournament), Kilkenny play in Naas next weekend in the quarter finals.

The ‘Ripleys Steakhouse’ tournament was played recently. There was a good entry and a great social night afterwards.

Finally in section 4 Lexie Trait and Maeve Power beat Ruth McGree/Kevin Hanley. Thanks was extended to Dermot Dalton for his kind sponsorship.

After a break of weeks the Friday night American tournament resumed. There was a great turnout of 28 players. Section 1 was highly competitive. The ever consistent John Woodcock/Rena O’Connor beat Paul Cotter/Pauline Carroll. In section 2 Nollaig Cotter and Ayo were worthy winners over Darren Brennan/ Olivia Collins.

The Singles League is up and running with the largest entry in years. Nearly 110 players are taking part. Closing date for all matches is April 30.