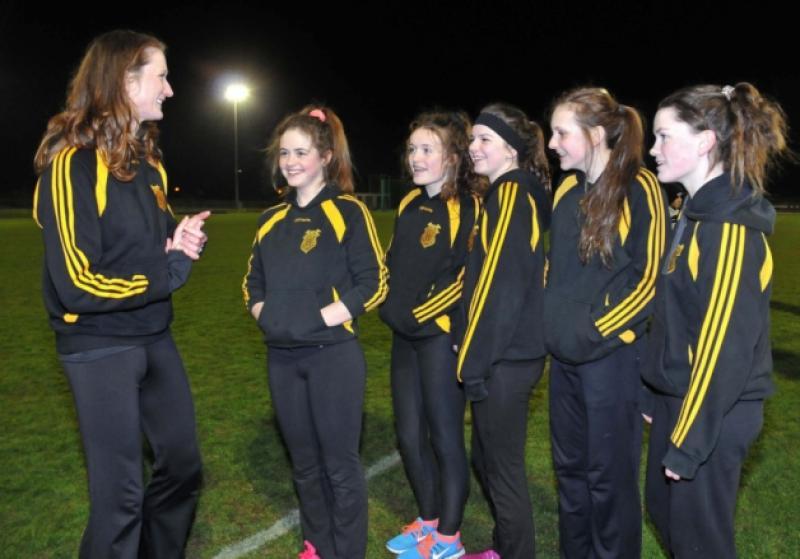 The curtain came down on the indoor season with a busy schedule of events in Athlone over the weekend.

The curtain came down on the indoor season with a busy schedule of events in Athlone over the weekend.

Teams from Thomastown, St Joseph’s, St Senan’s and Kilkenny City Harriers (KCH) travelled to the AIT Arena to compete in the national relay championships, having qualified by virtue of their success in the recent regional finals.

The national finals provided a somewhat sterner test for the locals, but there were still some excellent performances from the Kilkenny squads. The St Joseph’s boys’ under-14 squad had an excellent run and finished in the silver medal position in their race. In the girls’ under-15 event KCH finished in fourth place, just outside the medals.

The girls’ under-18 race saw another fine performance from the St Joseph’s sprinters. This time the girls dashed to a third place finish, good enough to take the bronze medals. There was no such luck however for the KCH under-18 boys’ team who, despite crossing the finish line in second place, were disappointed to be disqualified because of a collision that occurred during a changeover.

There was however consolation for the city club as their girls’ under-19 team finished second, to the record breaking Galway City Harriers, in their race to secure a podium finish and earn a set of team silver medals for the club.

The club track and field action now moves outdoors with the county championships scheduled for May. These will be followed by the regional championships in June and the All-Irelands in July. For many Kilkenny athletes their first outdoor action will be at the St Senan’s Open Sports on Easter Monday (April 21).

Always a popular event with athletes from near and far, it also marks the beginning of the outdoor track and field season for Kilkenny clubs.

The competitions start at 1pm, with a range of track and field events on the programme for all ages from under-8s to seniors. Full details are available from www.stsenansac.com.

Brian Maher was a winner on the road recently, crossing the line in first place to take the Mallow 10 mile road race title. Maher completed the course in a time of 50 minutes, 12 seconds.

Another athlete who is going well on the road is Adele Walsh (St Senan’s). Adele was the third-placed woman in the Mallow race with a time of 1.01.53. David McPherson (KCH) also fared well, winning the 5k race in Ballyhale.

April will be a busy month on the road with the Great Ireland Run and National 10k Championships, scheduled for the Phoenix Park on Sunday (April 6).

The National Road Relays will be held in Raheny the following weekend while Easter Monday sees the Leinster 10 mile Road Championships at the same venue, hosted by local club Raheny Shamrocks.